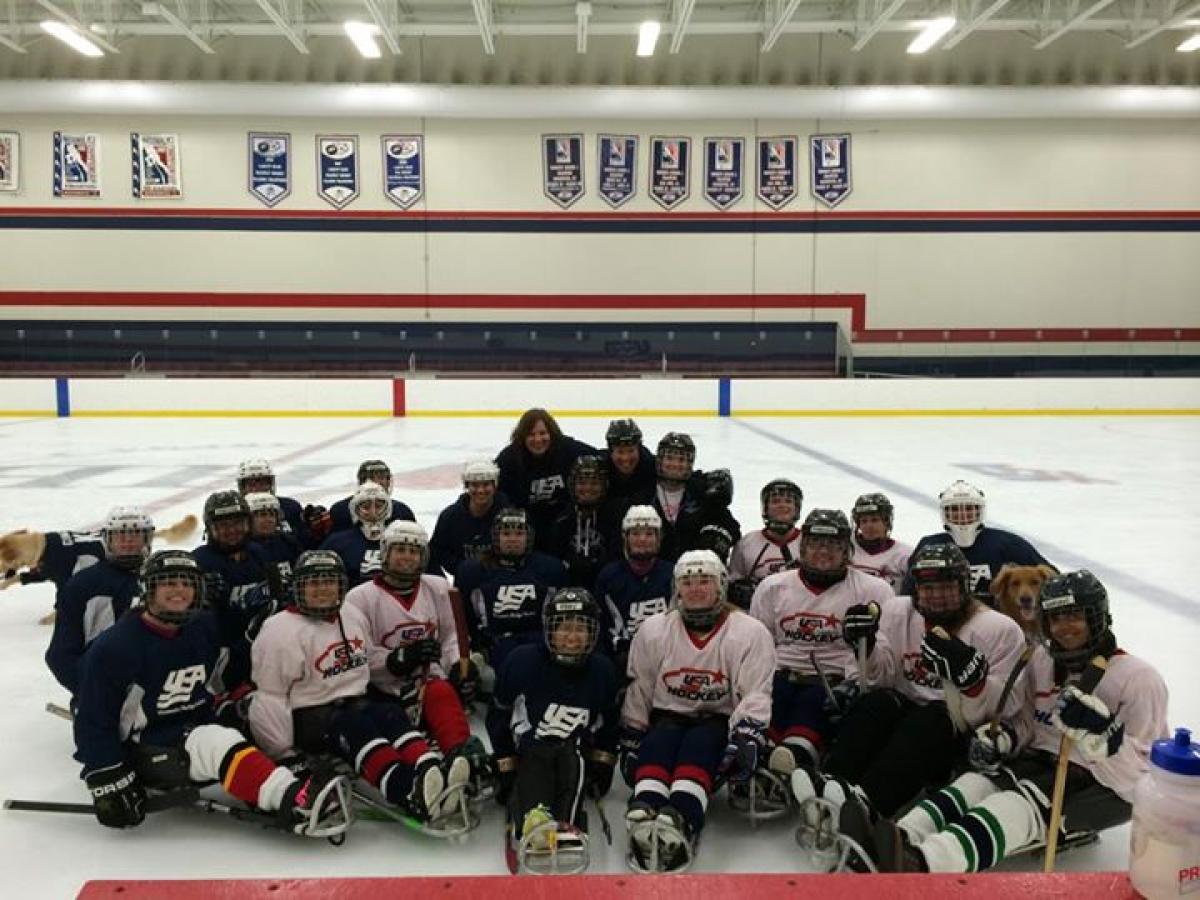 The USA have selected their 13-strong team after successful trials.

“It is such a great honour to play the first IPC tournament at home and I am very happy to just enjoy the moment with my teammates.”

The USA’s women beat their Canadian rivals 5-1 as star player Kelsey Diclaudio led the scoring with four goals and one assist.

Erica Mitchell took first blood for the Americans just over three minutes into the first period, assisted by Christina Gardner and Nina Nissly.

A further three pucks from Diclaudio followed that to put the USA four goals clear going into the second, before she scored the fifth and final goal in the third period.

Ashley Goure scored a compensation goal for the home team, finding the net with just 30 seconds remaining with the help of Christina Picton and Corin Metzger.

Metzger said “It is such a great honour to play the first IPC tournament at home and I am very happy to just enjoy the moment with my teammates.”

In an earlier clash of the two teams, team USA won 5-2 with Erica Mitchell leading the way in scoring, picking up three goals and one assist. Goure was Canada’s top player once again with one goal and one assist.

The USA also narrowly won 4-3 in their first game against Canada. Goure scored all three of the Canadian goals whilst Diclaudio scored three goals for the US alongside Morgan Hosbrough in the power play.

Meanwhile team Europe put on a spirited display across the competition. Despite losing all their matches against Canada and the USA, they did not let either team run away with victory except for a 10-0 loss to the eventual Cup winners.

Even in one match with only six players fielded against the USA, Europe managed to claw-back one goal in a 6-1 score line.

The IPC Ice Sledge Hockey Women’s International Cup between 7-9 November was the first ever women’s competition sanctioned by the sport with the aim of developing the women’s game.