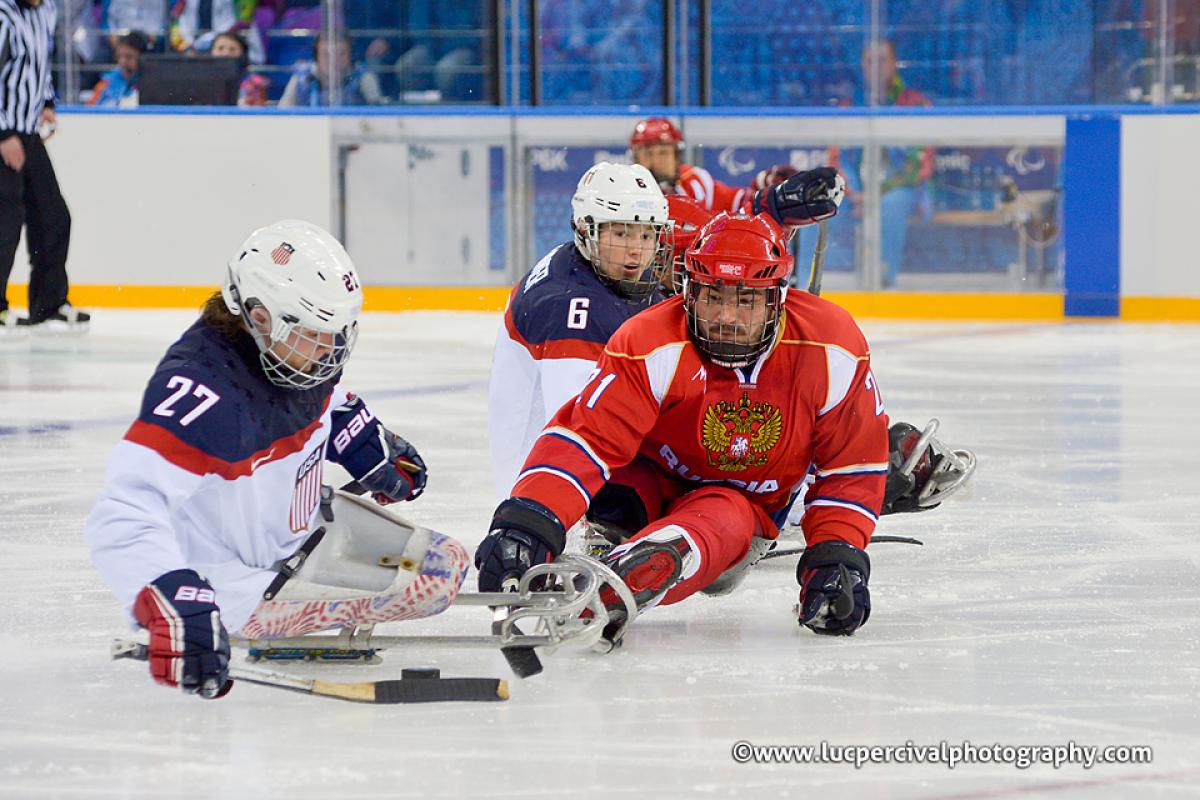 Ⓒwww.lucpercivalphotography.com
By By Hockey Canada | for the IPC

Josh Pauls was the overtime hero, scoring 19 seconds into the extra period to give the USA a 2-1 win over Russia on Saturday (7 February) and their third gold medal at the World Sledge Hockey Challenge.

The Americans also won gold in 2009 and 2012, beating Canada in the final each time.

Pauls took a feed from Brody Roybal, cruised into the slot and rifled a wrist shot over the glove of Russian netminder Evgeny Plotnikov for the quickest overtime finish in tournament history.

Kevin McKee had the other goal for the Americans, who finished without a loss for the first time in eight appearances.

Ivan Berdnik was the lone goal scorer for Russia, which lost to the USA in the final of a major international event for the second time in less than a year; the Americans earned a 1-0 victory in the Paralympic gold medal game last March in Sochi, Russia.

The game started at a frantic pace, with just two whistles in the first nine minutes.

The Russians hit the scoreboard first at 11:42; Maxim Kuzminykh rattled a shot off the far post, but Berdnik was there to clean up the rebound and beat a diving Steve Cash for the 1-0 lead.

Russia outshot the USA 6-5 in the first period, but the offence dried up after that; the Russians managed just three shots on goal in the final two periods, and were held without a shot entirely in the second.

McKee pulled the Americans even just before the midway mark of the middle frame, swinging out from behind the net and beating Plotnikov low to the far side with his left hand.

The Russian goaltender stole the show from there, making 10 of his 18 saves in the third period, including a pair of point-blank stops in the final minute with the USA pressing for the winner.

The Americans now hold two of the three most important gold medals in sledge hockey (World Sledge Hockey Challenge, Paralympic Winter Games) and will look to complete the trifecta when they host the 2015 IPC Sledge Hockey World Championships, in Buffalo, New York.

Full results and statistics can be found on the Hockey Canada website.

Tyler McGregor had two goals and an assist, leading Canada to a 4-1 win over Korea in Saturday’s bronze medal game at the 2015 World Sledge Hockey Challenge.

It’s the eighth time in as many years Canada has won a medal at the tournament, although it’s the first time that medal wasn’t gold or silver.

Derek Whitson and Adam Dixon also scored for the Canadians, who broke open a 1-1 game with three unanswered goals en route to their 11th win in 11 games against the Koreans.

Jong-Kyung Lee had the lone goal for Korea, which finished winless for the second year in a row.

McGregor got the scoring started at 3:37, taking a perfect cross-ice pass from Kevin Rempel and quickly snapping a shot past a sprawling Man-Gyun Yu for an early 1-0 lead.

But the Koreans drew even late in the first period; Young-Jae Cho fed a streaking Lee, who sped past the Canadian defenceman and tucked the puck around goaltender Dominic Larocque, who made his first-ever start in the Canadian goal.

Outshot 5-4 in the opening 15 minutes, Canada came out with the momentum in the second, and retook the lead when Whitson’s point shot eluded Yu at 3:41.

McGregor got his second of the game at 9:50, beating Yu along the ice from a sharp angle, and Dixon made good on a Canadian power play at 13:40, going under his sled before rifling a left-handed shot over Yu.

Larocque was solid in the third, when the Koreans pushed to get back in the game, making six of his 11 saves.

Chris Cederstrand and Kevin Sorley each recorded their first points with Team Canada, picking up assists on goals by McGregor and Dixon, respectively.

The Canadians will next face the United States in a three-game series in March before the 2015 IPC Sledge Hockey World Championships get underway in Buffalo in April. 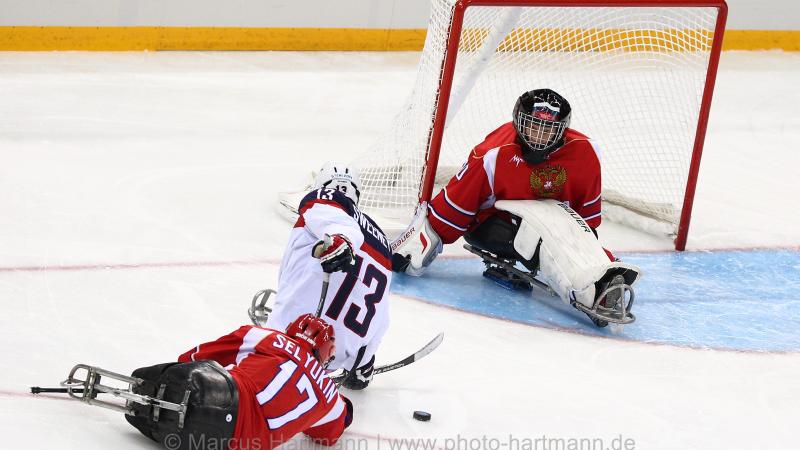 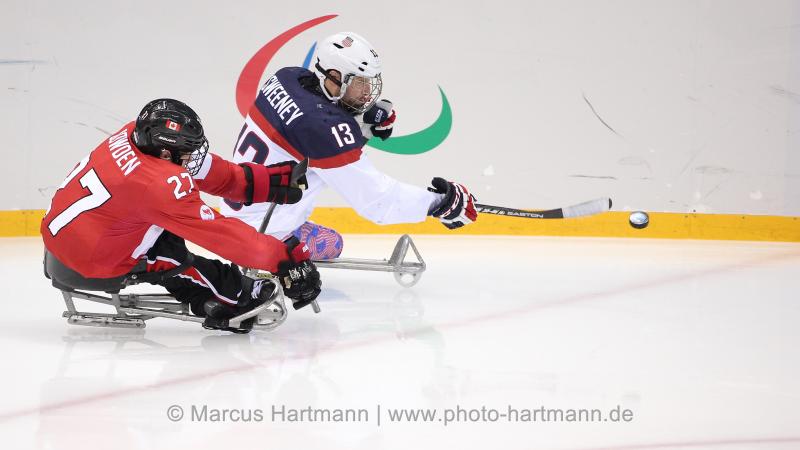