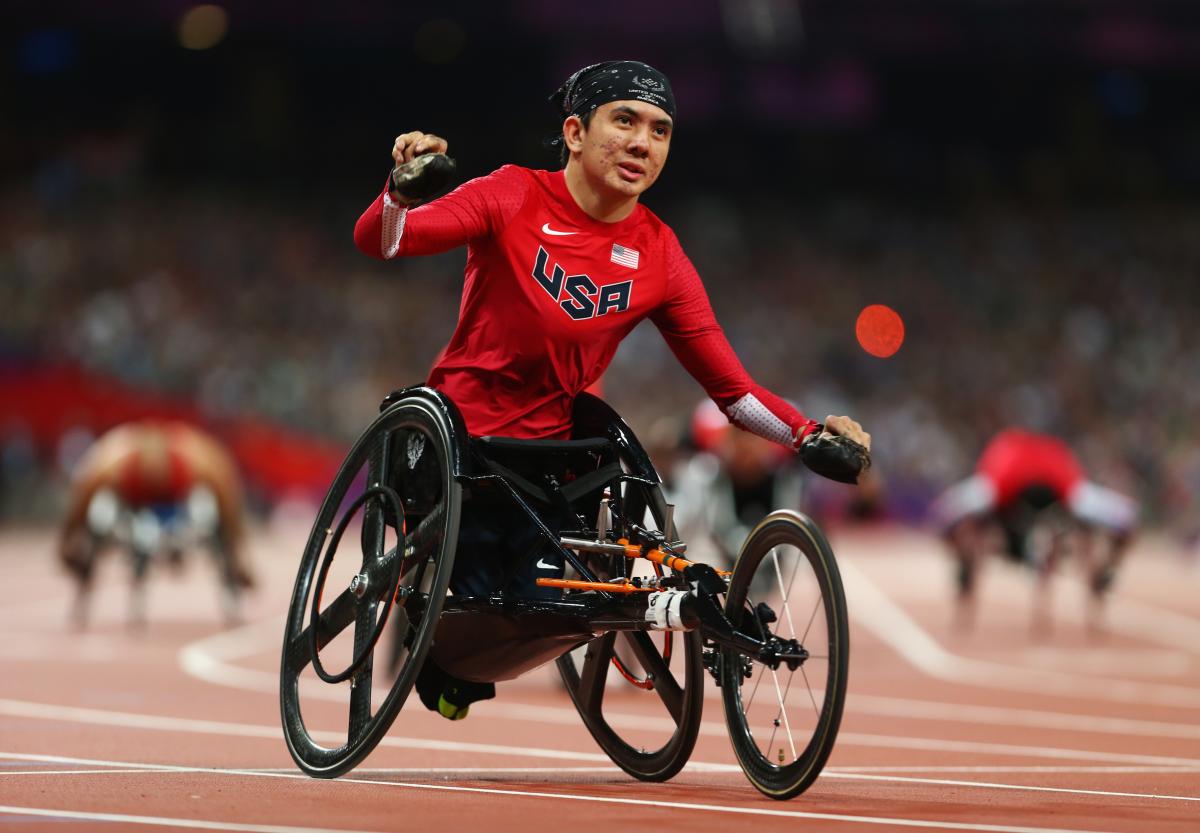 The United States Olympic Committee has announced its annual award recipients for the 2012-13 Paralympic athletes and team of the year.

The awards will be presented during an awards reception in conjunction with the 100 Days Out Celebration to commemorate the final countdown to the Sochi 2014 Winter Games on 29 October in New York.

Following a double silver-medal performance at the London 2012 Paralympic Games, Monica Bascio became an unstoppable force in 2013, winning every individual race she entered throughout the season before retiring from competitive cycling. She opened her winning season with UCI Para-cycling World Cup H3 wins in Italy and Spain. From there, she went on to secure the overall world cup title at the UCI Para-cycling Road World Cup Finals with wins in the H3 time trial, road race and team relay. She continued her domination at the UCI Para-cycling Road World Championships in Baie-Comeau, Quebec, winning the H3 time trial in 35:44.93, more than a minute faster than her nearest competitor. Two days later, she was atop the medal stand again as she claimed the title in the H3 road race, besting the field by nearly three minutes as she covered the 51.8 km course in 1:49.26.

Raymond Martin followed up an incredibly successful 2012 season, in which he won four gold medals at the London Paralympic Games, with an equally historic 2013 season to earn him the USOC’s Paralympic SportsMan of the Year title for the second consecutive year. The 19-year-old became the first man to win five gold medals in the history of the IPC Athletics World Championships. Martin dominated the track in the 100m, 200m, 400m and 800m races, as well as the 1,500m, which was a newly added event for his classification at the World Championships. Martin also picked up an American record in the 800m with a time of 1:59.52. En route to his World Championship sweep, Martin won all five events at the 2013 U.S. Paralympics Track and Field National Championships. Meanwhile, Martin was balancing training and competing with freshman-year studies at the University of Illinois Urbana-Champaign, where he is pursuing a degree in kinesiology. This is the second annual award for Martin, who was also selected Paralympic SportsMan of the Year for 2011-12.

Ten months after being disqualified for an exchange-zone violation at the London 2012 Paralympic Games, the men’s 4x100m T42-46 team of Richard Browne, Blake Leeper, Jerome Singleton and Jarryd Wallace stood atop the podium at the 2013 IPC Athletics World Championships in Lyon, France. The talented quartet won gold in a world record time of 40.73 to improve the previous world record of 41.78 and beat runner-up Brazil by nearly a second. Each of the four men won at least one individual medal as well, combining for eight of the 52 medals won by Team USA. Browne took 100m T44 silver; Leeper won silver medals in the 100m and 200m T43, and 400m T43/434; Singleton grabbed bronze medals in the 100m and 200m T44; and Wallace won gold in the 200m T44.