The UAE's Mohamed Hammadi continues to dominate the track with his second victory in Dubai. 08 Mar 2016
Imagen 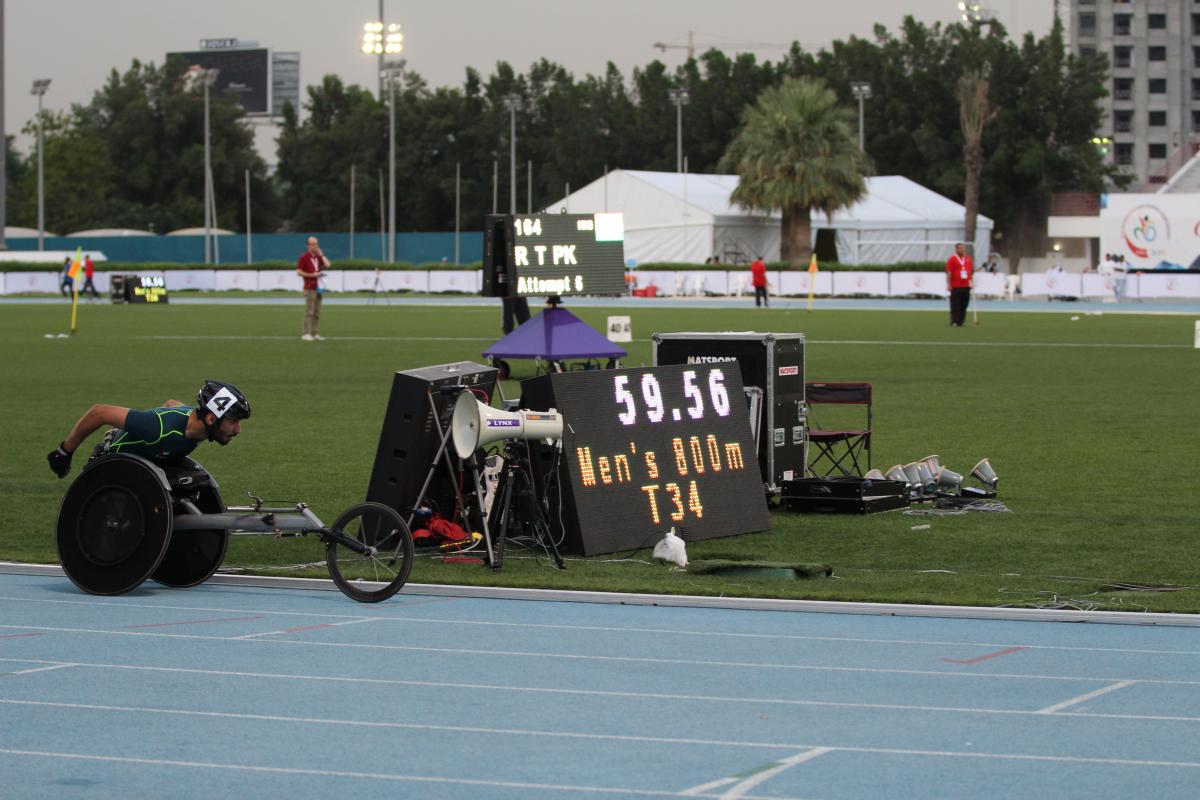 Hammadi, who won gold over 200m on Monday (7 March) made winning look easy as he cruised to a straightforward win in the men’s 800m T34.

The world silver medallist quickly built up a lead over his track rivals and looked comfortable as he eased up over the line in 1:56.91.

The T34 wheelchair racer, whose nickname is ‘Qaeed’ (leader) to his loyal supporters in the UAE, is determined to shine at this year’s Paralympic Games in Brazil, and his preparations start here in Dubai.

“I’m satisfied with my level but I must search for my faults. What is important is that I fix any mistakes from the past few years and make sure I have improved,” said Hammadi, who also competes in the 100m and 400m T34 this week.

“I’m looking to improve myself, I’m not looking for times. This is my first competition of the year and I have my plans, also to prepare myself for my next tournaments. I have to improve myself and I am sure I can give more.”

The first gold medal of the day went to Saudi Arabia’s Fahad Alganaidl in the men’s 100m T53. The 31-year-old never looked in doubt as he powered out of the blocks, pulling away from his rivals all the way to the line in 15.31.

“I am very happy to have the gold medal and I am happy too about the event and the preparations that I did to get here. I am focussing now on Brazil and making my preparations at the gym.”

“I am very happy and I am preparing for the Rio Paralympics. I hope to raise the flag of my country there and to be the first,” said Alshehhi.

The 18-year-old turned the tables on her compatriot Sze Yan Wong (T36), who finished ahead of her in the final of the IPC Athletics World Championships in Qatar last October, to take the gold in 16.46.

The UAE’s Rashed Aldhaheri led from start to finish in the men’s 1,500m T54, pulling away from the field down the home straight to take the Asia-Oceania title in 3:25.19.

Iran’s Hamed Amiri (F54) enjoyed a convincing win in the men’s javelin F53/54 – although he was not satisfied with his throws. A best of 24.10m in the final round meant gold for the former strongman but his mind was on qualification for the Paralympic Games in Brazil in six months’ time.

“I’m not satisfied - I have thrown much further before,” he said.

“I am happy to get a gold but I am disappointed not to make a bigger throw. I wanted to reach my qualifying for Rio 2016 but I still hope God willing that I can do this – I will try my best and wish luck for myself and my country.”

Indonesia’s Asian Para Games bronze medallist Alan Sastra secured his first major Championships gold with a win in the discus F57 courtesy of a second round throw of 41.10m, just three centimetres clear of Vietnam’s Ngoc Hung Cao who had to settle for silver.

Favourite going in to the event, consistency was key for Budi Hartanto who registered 6.45m on three occasions, sealing the win with a third round 6.55m to finish nearly 50cm clear of the rest of the field.

Iran also secured the top two spots in the women’s javelin F34 as Maryam Soltani took gold with a second round best of 16.21m. Her compatriot Faezeh Kermani finished over two metres behind for silver.

Kuwait won their first gold of the Championships thanks to Dhari Buti (F37) in the men’s shot put F37/38. A fourth round throw of 11.49m (639 points) gave the 18-year-old his first major podium finish.

Closing out action on the field was India’s world silver medallist Devendra, who took gold in the men’s javelin F46 with a best of 55.35m – more than 10m clear of his rivals. 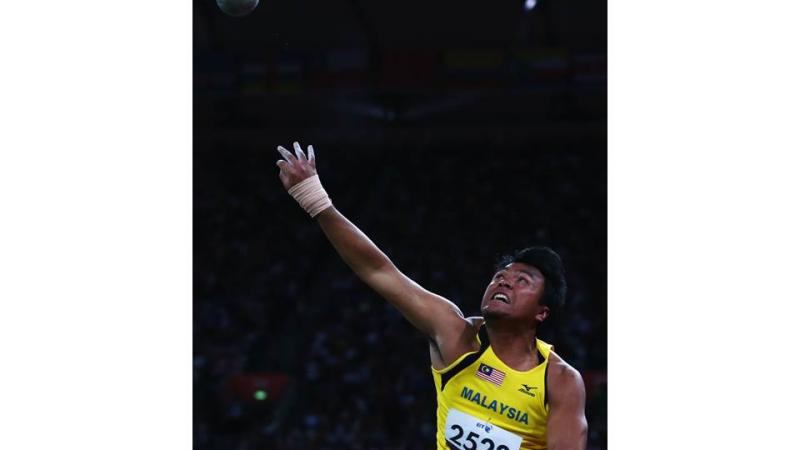 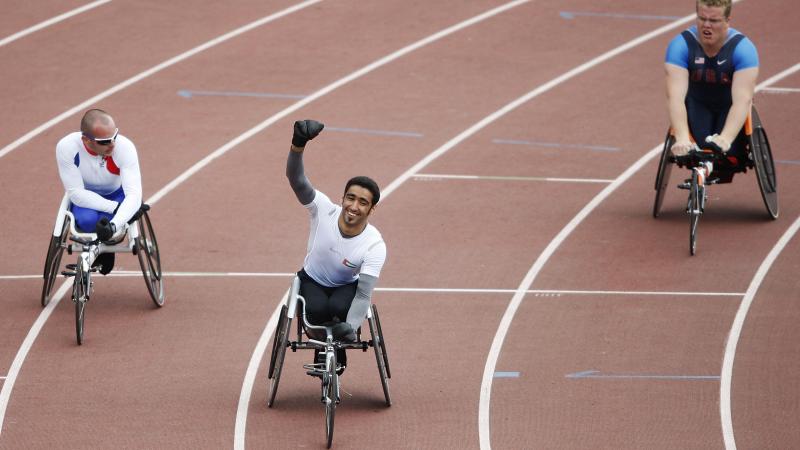 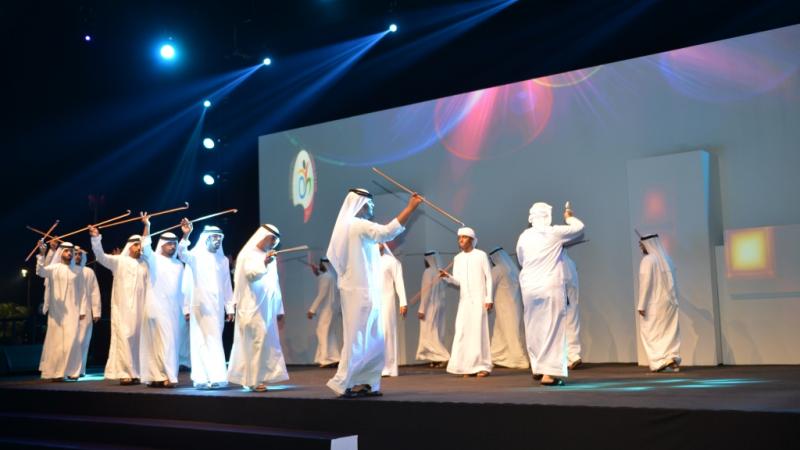