Vote now for Allianz Athlete of the Month – April 2017

The public has until 9 May to vote for their favourite of the five athletes. 02 May 2017
Imagen 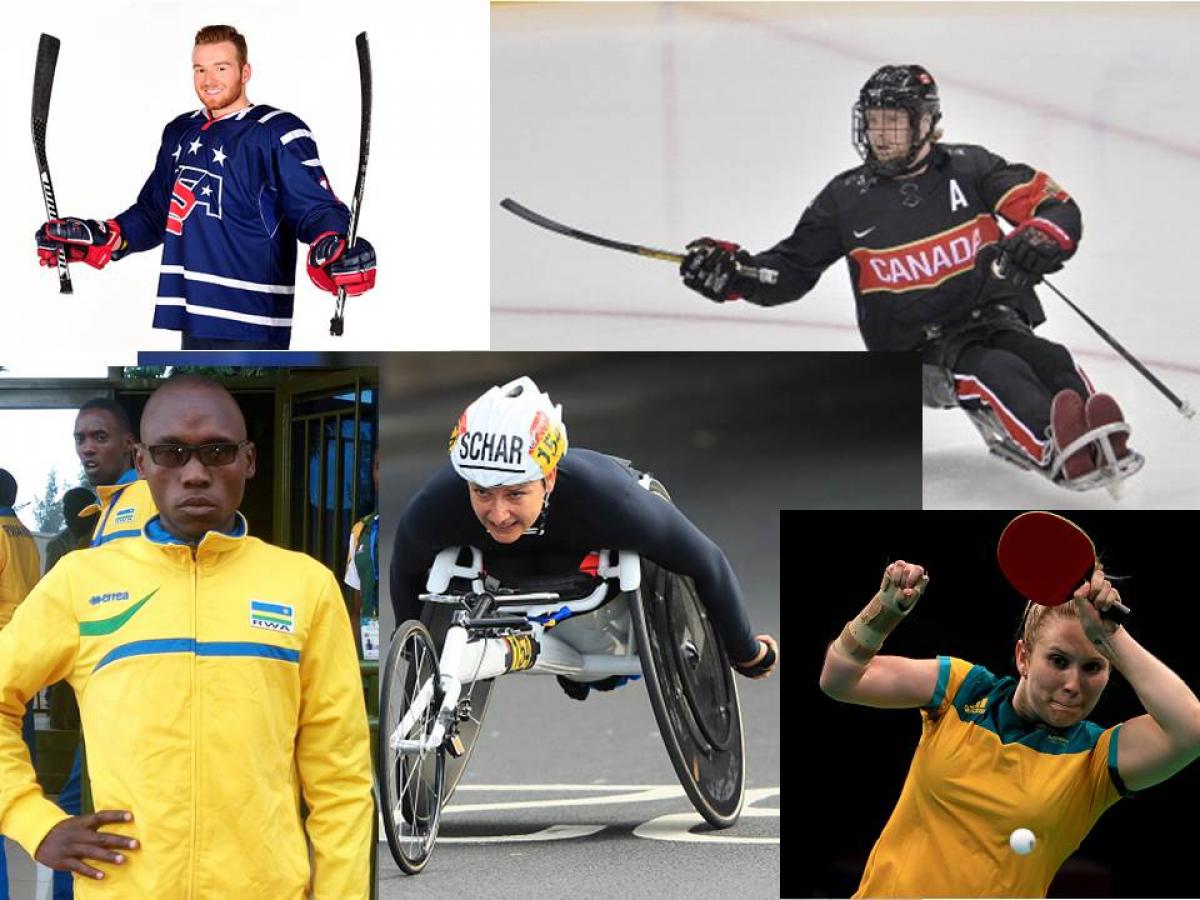 The International Paralympic Committee (IPC) has revealed the shortlist for the Allianz Athlete of the Month for April, and the public can now vote for the winner on www.paralympic.org.

Dixon was awarded Best Defenceman at the 2017 World Para Ice Hockey Championships in Gangneung, South Korea, tying with the USA’s Declan Farmer to lead the competition with 18 points. With four goals and 14 assists, Dixon was instrumental in his team’s record fourth title and victory over arch rivals the USA.

Farmer was named the Best Forward at the 2017 World Para Ice Hockey Championships, tying for a tournament leading 18 points. Farmer led his team with 12 goals across seven games, as the USA took the silver medal.

Niringiyimana upset the world elite in his first ever international Para taekwondo tournament when he clinched the silver in the men’s under 61kg K44 at the African Para Taekwondo Open.

The 32-year-old won the London Marathon in the women’s wheelchair racing division, just one week after winning the Boston Marathon. She also set new course records at both marathons.

The 27-year-old dominated the women’s class 10 singles event, winning gold at the Oceania Championships, which was her third overall title at those Championships.

The public has until 12:00 (CEST) on Tuesday (9 May) to vote for the athlete they want to be the Allianz Athlete of the Month for April 2017 via the www.paralympic.org homepage.