David Weir’s London 2012 campaign finished with a wheelchair marathon gold, while Shirley Reilly sped to the top on the women’s side. 09 Sep 2012
Imagen 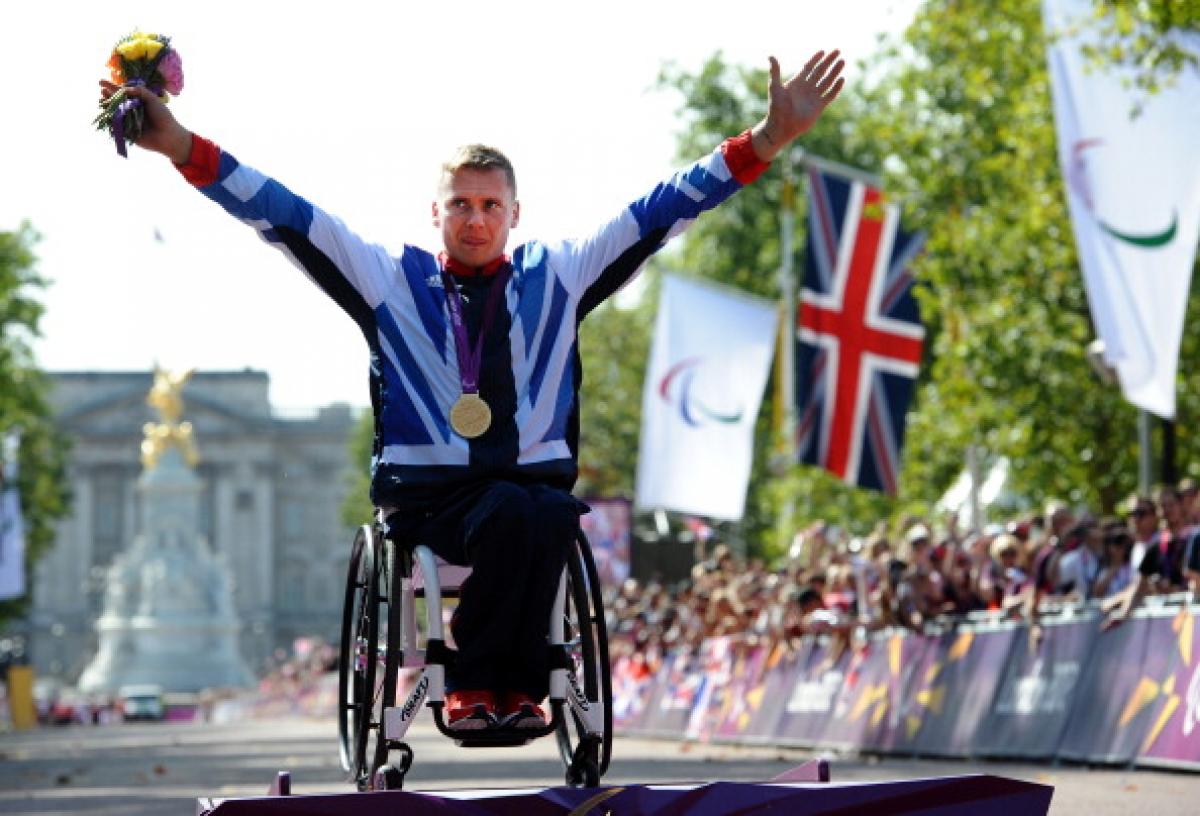 Great Britain's David Weir picked up his fourth gold of London 2012 in the men's marathon T54.

“It was the toughest race I’ve ever raced in my entire life.”

Wheelchair racing great David Weir could not have ended his London 2012 campaign on a higher note, as he wrapped up his Paralympic Games on Sunday (9 September) with his fourth gold medal in four events by winning the men’s T54 marathon on The Mall.

Weir clocked time of 1:30:20 on a scorching hot day in the British capital, finishing just a hundredth of a second ahead of his top rivals in Switzerland’s Marcel Hug and Australia’s Kurt Fearnley.

“It was the toughest race I’ve ever raced in my entire life,” Weir said. “The first five miles I was actually dying to tell you the truth. I didn’t think I was going to manage to cope with the heat.”

Just a hundredth of a second behind Weir, Hug was more than happy with silver in one of the best marathons the Paralympic Games has ever seen.

“I think it was very close,” Hug said. “David was very good. He was just very strong. The crowd was all behind him.”

Weir certainly agreed in regards to his home crowd.

“They just give you a lift up,” Weir said. My whole body was tingling.”

Weir successfully completed the clean sweep of his events after winning the 800m, 1,500m and 5,000m T54 titles earlier in the Games.

“I can’t really think at the moment,” Weir said. “I think I just need a few days to look at my races. Obviously, I’ve read the papers and stuff, but you just flip through and flick out the articles. I’m just honoured to see on the papers that Paralympic sport’s got recognition like it should.”

"It was a very tactical race, with a lot of twists and turns. It was tough,” Reilly said.

"I kept motivating myself to keep going because I was hanging on in there for a very long time. I took a few pulls (breathers) but probably not as many as I should have."

USA’s Tatyana McFadden, one of the favourites heading into the race after already claiming three golds and a bronze in London, finished ninth after having to deal with a mechanical issue with her wheels midway through the race.

Earlier in the morning, the men’s marathon T12 was won by Spain’s Alberto Suarez Laso and the T46 class event was won by Brazil’s Tito Sena.