British Paralympian David Weir is aiming for a seventh victory in the British capital. 20 Apr 2013
Imagen 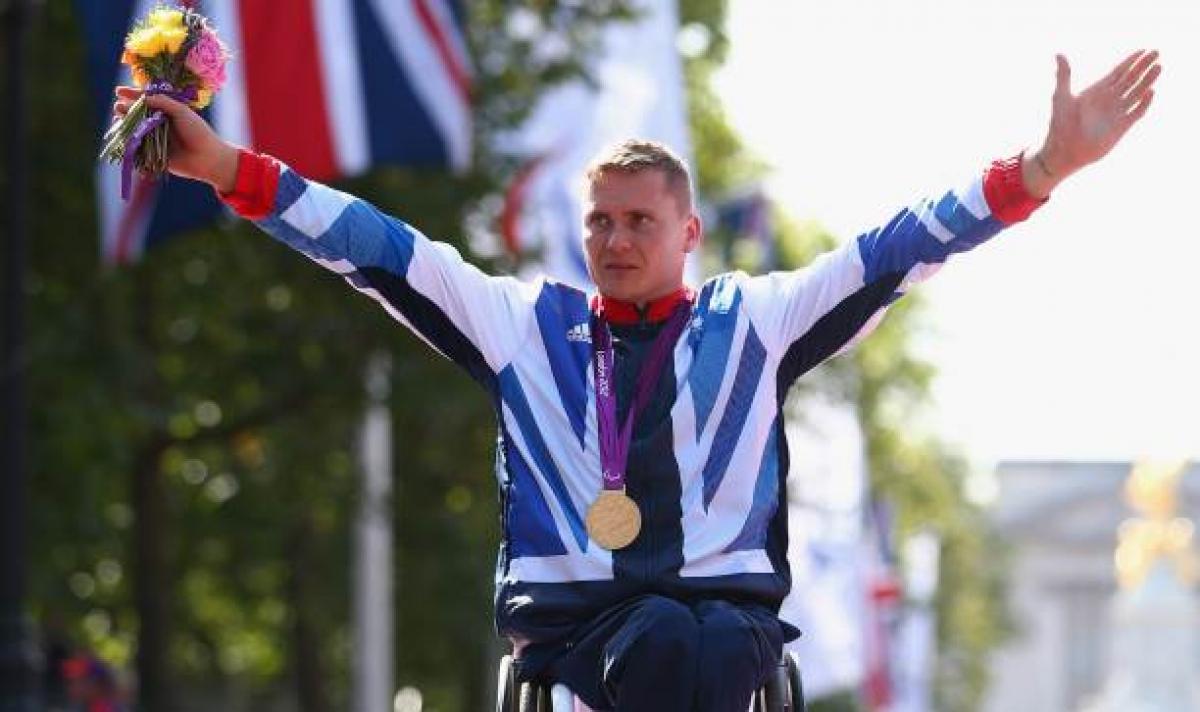 “Beating Tanni’s record would be amazing – she is a fantastic athlete. Records are there to be broken. It is going to be tough though.”

Great Britain’s Paralympic star David Weir takes to the streets of his home city once again on Sunday (21 April) as he aims to eclipse the record set by Tanni-Grey Thompson with a seventh victory at the Virgin London Marathon.

Weir, who won the Paralympic marathon title in London last year together with three track golds, is focussing on road racing this year and has chosen not to compete at the IPC Athletics World Championships in Lyon this summer.

“I need to be out of that high pressured environment for a while,” he explained. “I don’t need to prove myself on the track. I feel like I want to be at home. This is a year to be with the family, I want to do more road racing now and pick the races that I really want to do, and have time out if I want it.

“Beating Tanni’s record would be amazing – she is a fantastic athlete. Records are there to be broken. It is going to be tough though.”

Weir finished fourth on his London Marathon debut 13 years ago and won his first title in the capital in 2002. In an incredible run of consistency, he has never finished outside the top three since his first London appearance, and added titles in 2006, 2007, 2008, 2011 and 2012.

So with a track record like that, the 33-year-old remains the man to beat. But all three medallists from the Paralympic Games return to the London streets – Weir, Marcel Hug and Kurt Fearnley - as well as 2010 London champion Josh Cassidy, and the world record holder Heinz Frei. Weir is under no illusions that a seventh title is far from a formality.

“They are the same guys that raced me in the Paralympic marathon and they are all here and they are all tough. London is always a hard one to judge, you don’t know what everyone else has been doing, the other guys didn’t have a long break like I did, and everyone seems to be pushing well after the Games. It seems like everyone is on top of their game,” he said.

Weir had considered retiring after last year’s marathon, but his Paralympic success made him reconsider. He struck a deal with his partner Emily – with two young children in the house to look after, he would wait until after Christmas before returning to training. And, despite the prolonged winter weather hindering his training schedule, Weir believes a win in London is within his reach.

“If I’d won my races by millimetres I would have struggled to come back to training,” he said. “I won by big margins in every race so it gave me more belief in myself that I could carry on for another few years.

“I was still training in the snow two weeks ago so it’s been tough, but I feel like I’m in better shape than I was this time last year.

“I always have a bigger break after a four-year (Paralympic) cycle - mentally I need it. I had the pressure every day for seven years since London won the bid thinking about the Games. Everything was focussed on the Paralympic Games and now I feel like I’ve mainly focussed on this race.”

Weir is aiming for London Marathon history with a seventh win but his first race of the year presents him with an opportunity to gauge how he – and his opposition - could fare throughout 2013. But competition pales into insignificance when set aside the horrific scenes this week in Boston.

Like every other distraught viewer, Weir watched the tragic events at the Boston marathon with great sadness.

“What happened in Boston is just heartbreaking. But for London you have to be focussed and do what you have to do. The police and everyone else always do a good job. We need to send a message of solidarity to show people we are not scared.”