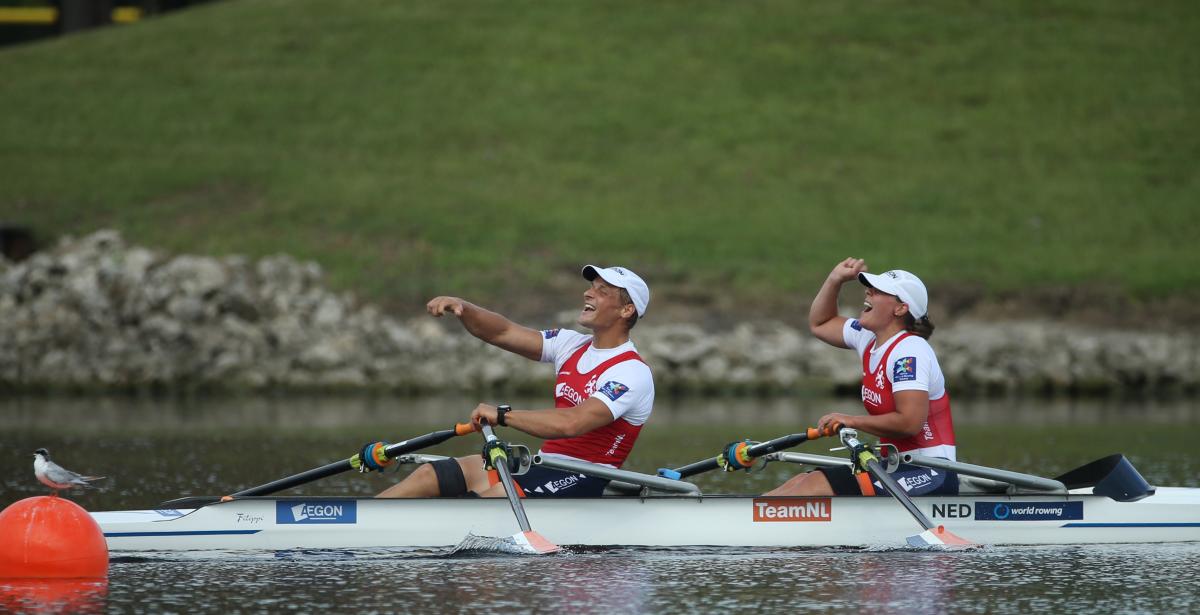 This year will be massive for Para rowers, with the World Cups and World Championships determining qualification for the 2020 Paralympic Games in Tokyo, Japan.

Racing starts with the Gavirate Regatta in Italy from 18-19 May. Although not an official World Cup, it has been the traditional season opener and is a perfect chance to see if athletes’ off-season training pays off.

The competition then moves to Poland where Poznan will host a World Cup from 21-23 June. This will give PR2 mixed double sculls (PR2 Mix2x) Worlds silver medallists Jolanta Majka and Michal Gadowski the chance to compete at home. Majka also took a bronze medal in the PR2 women's single sculls (PR2 W1x), so there will be plenty to cheer for the home crowd.

The World Cup then moves to Rotterdam from 12-14 July. It will be the first time the Netherlands will host a rowing event in 10 years and will be a special event for Dutch PR2 mixed double sculls (PR2 Mix2x) world champions Annika Van der Meer and Corne de Koning.