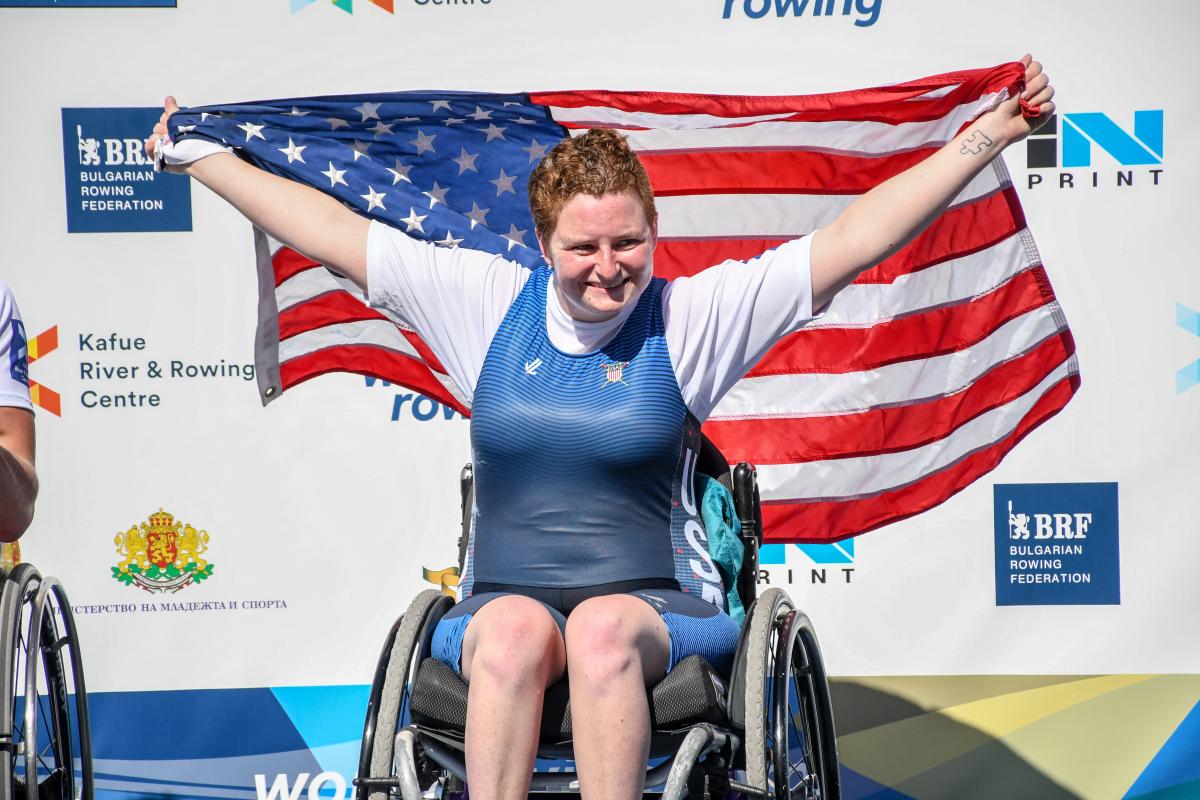 ⒸWorld Rowing
By Louise Wood | For the IPC

However, new faces also made their marks at the 2018 edition that finished on 16 September, and are ones to follow in the run-up to the Tokyo 2020 Paralympics.

Winning gold on her Worlds debut, 23-year-old Buttrick made a stunning start to her rowing career. She raced twice in competition, with teammates Grace Clough, Ollie Stanhope and Daniel Brown and cox Erin Wysocki-Jones, in the heat and then the final of the mixed coxed four (PR3 Mix4+) in Plovdiv. Being able to keep up with the stroke rate of such accomplished rowers at her first attempt means she has a bright future ahead of her.

Nordin sits in seat three for the US crew in the PR3 Mix4+ and just missed out on becoming a world champion at his debut Championships. The 21-year-old was in the boat for the first time with his more experienced colleagues Alexandra Reilly, Michael Varro, Danielle Hansen and cox Jennifer Sichel. They got close to the gold medal, leading the race until half way when they were overtaken by the British crew. Expect a back-and-forth battle between the two crews.

The 19-year-old became world champion in one of the newest boat classes, PR3 men's pair (PR3 M2-), with teammate Andrew Todd. It was an impressive race from the teenager, but since his class is not a Paralympic event, his focus is on the PR3 Mix4+ for Tokyo 2020. He just missed out on the Worlds podium after Canada came in fourth.

Smith caused an upset in the PR1 women’s single sculls (PR1 W1x) beating Germany’s 2017 Worlds bronze medallist Sylvia Pille-Steppat and Italy's top rower Anila Hoxha to the final podium step. It will be tough to overtake Norway’s Birgit Skarstein, but the 25-year-old has massively improved since her sixth-place at last year’s Worlds.

Rowing
Plovdiv 2018: What we learned