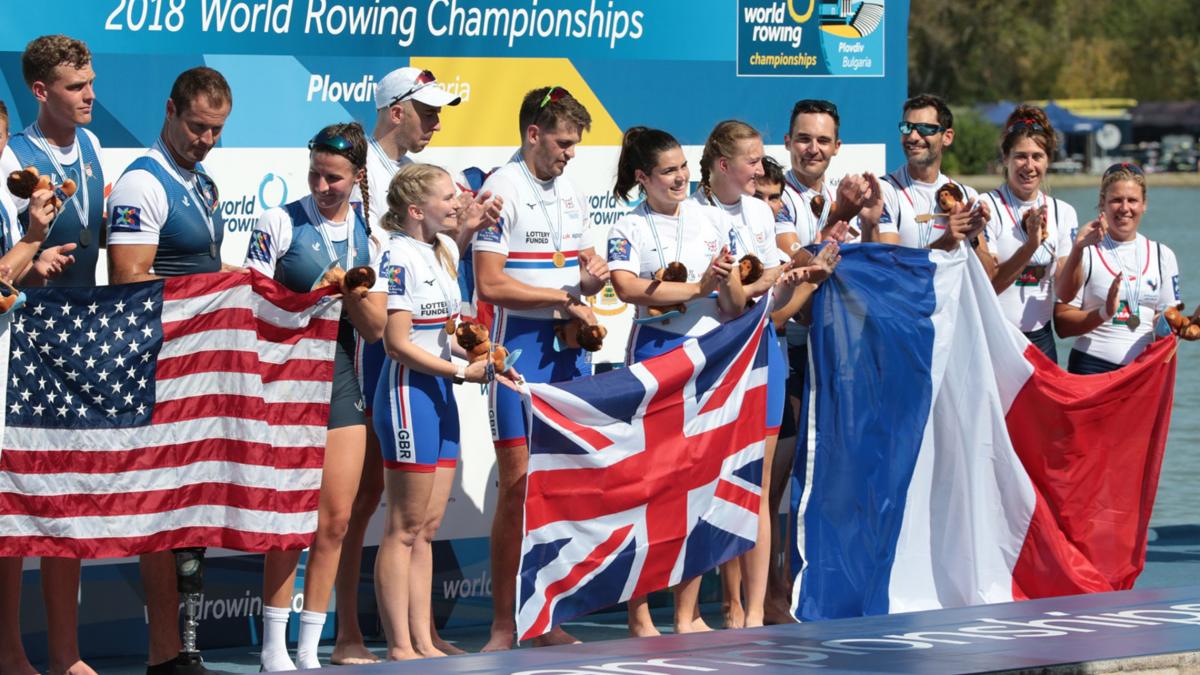 The reigning Paralympic champion boat however needed a sprint finish to secure the gold.

The US boat led at the start, and it was a neck-and-neck fight through the middle of the race.

Great Britain did a push coming into the third 500m and got their nose ahead of the US. The British rated 35 with the US at 37 and France giving it their all at 34.

“That really went to plan,” said Great Britain’s Oliver Stanhope. “We always had belief in ourselves for today. Credit to the whole crew, we really stepped it up and a big thanks to the whole team to have made this possible.”

“It feels very good to defend our world title from last year,” de Koning said. “Yesterday we didn’t have much time to celebrate so today we will let loose for a bit.”

They were quick earlier in the week in the heats and despite both rowers also racing in their respective singles races on Friday, they did not look tired. Van der Meer and de Koning got into the lead right from the start.

Poland’s Michal Gadowski and Jolanta Majka were in hot pursuit and closed on the Dutch, but it was not enough as they took silver. Ukraine was third.

The 2018 World Rowing Championships wraps up on Sunday (16 September), and a complete review from Saturday can be found on World Rowing’s website.