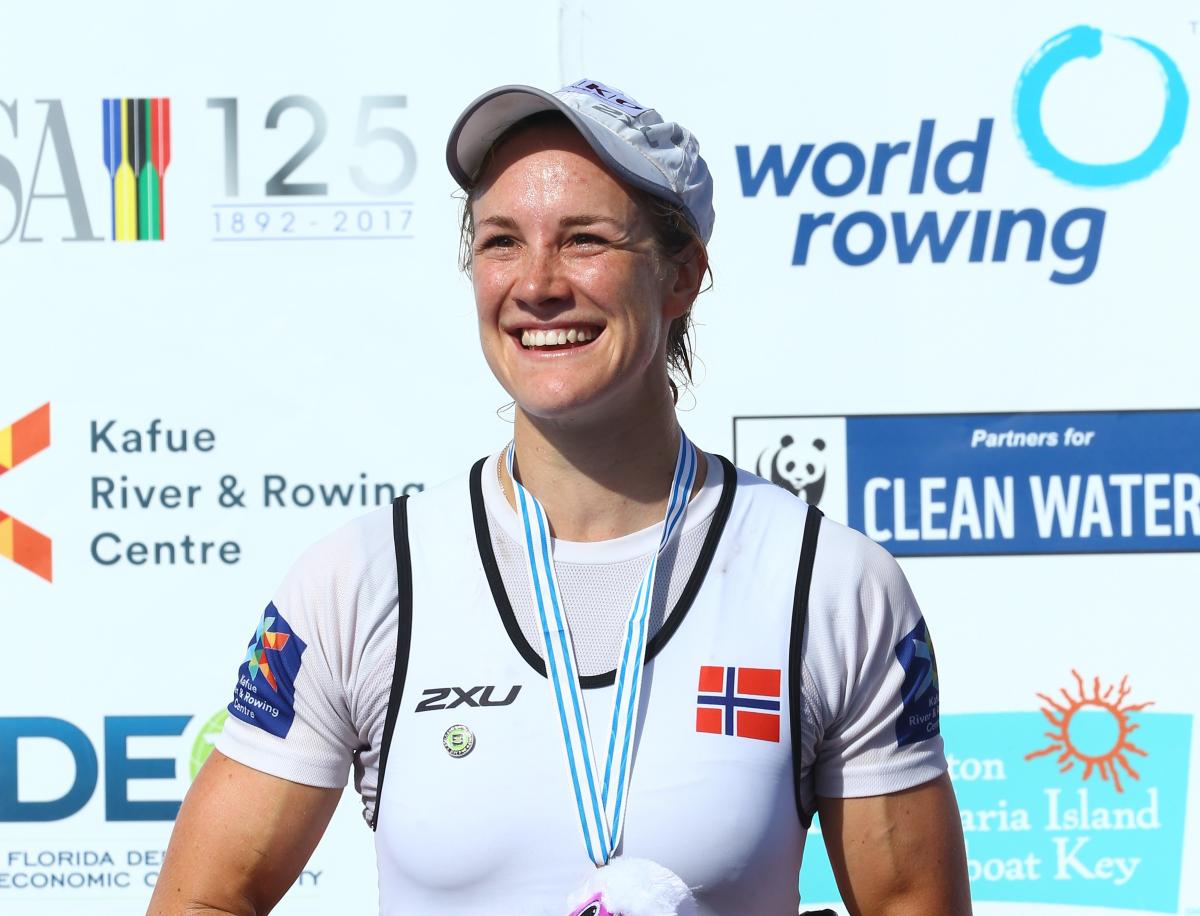 Before the 2018 World Rowing Championships begin on 9 September in Plovdiv, Bulgaria, here are the storylines to know:

This will be the second Worlds raced over 2,000m for Para rowers. The distance was doubled after the Rio 2016 Paralympics and was an adjustment for athletes. But these World Championships will show who has really mastered the change as the countdown to Tokyo 2020 really begins.

2. From snow to water

Norway’s Birgit Skarstein will try to defend her title in the PR1 women’s single sculls (PR1 W1x). After competing in cross-country skiing at the PyeongChang 2018 Paralympic Winter Games, Skarstein’s fitness has carried over well into rowing, as she won both World Cups this year.

Israel’s Moran Samuel is a household name in the sport and will try to catch up to Skarstein’s form. The Israeli only returned to full-time training in June after giving birth to her daughter in April. Remarkably she won silver at the 2017 Worlds while three months pregnant.

Additionally, Germany’s Sylvia Pille-Steppat is having the best season of her long career. She has podiumed at both World Cups this year and will try to change the colour of her bronze from 2017.

Australia’s Erik Horrie will go for back-to-back titles (five total) in the PR1 men’s single sculls (PR1 M1x). However, Ukraine’s 2016 Paralympic champion Roman Polianskyi has showed up this season claiming both World Cups in Austria and Serbia. Great Britain’s Andrew Houghton has been rowing behind Polianskyi’s ripples but would like to change that in Plovdiv.

Great Britain will hope to hold their place atop the podium for the eighth successive year in the PR3 mixed coxed four (PR3 Mix4+). It will have to be with a new crew, with Grace Clough and Daniel Brown the only rowers returning from the 2016 Paralympic champion boat.

The Netherlands’ Annika Van der Meer and Corne de Koning have proven to be the strongest crew in the PR2 mixed double sculls (PR2 Mix2x). They captured the 2017 Worlds gold medal in their first season together and have won a pair of World Cups this year in commanding fashion.

With the best in the sport gathering in Plovdiv, watch for new World Best Times to be set.