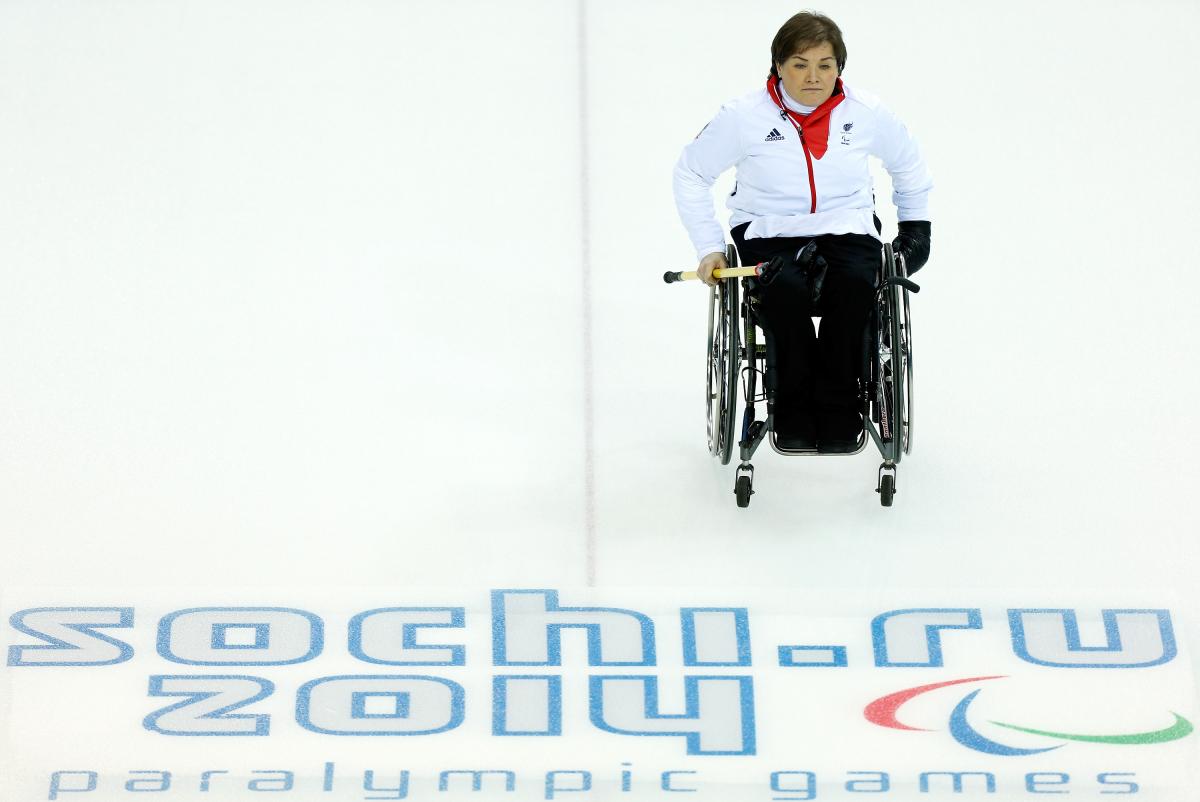 Aileen Neilson looks on during one of Great Britain's wheelchair curling matches at Sochi 2014.
ⒸGetty Images
By IPC

Great Britain are looking to rebound in wheelchair curling after losing to Finland on Day 4.

The wheelchair curling competition is inching closer to the medal round, and on Day 5 of Sochi 2014, there will be a tough matchup between Russia and Great Britain. The host nation are tied with Canada for first place in the standings, with the British, led by Aileen Nelson, sitting in third place, and this matchup could tell us who to look out for later in the week.

Russia’s Roman Petushkov will go for his fourth gold in as many events at Sochi 2014 when he competes in the men’s 1km sitting cross-country sprint, while Canada’s Brian McKeever and Sweden’s Helen Ripa will aim for their second golds of the Games in the men’s visually impaired and women’s standing editions of the event, respectively. Over at the alpine skiing, Germany’s Anna Schaffelhuber and Slovakia’s Henrieta Farkasova will hope to increase their medal collections in the women’s slalom races.

Can the hosts of the next Paralympic Winter Games – South Korea – advance to the fifth-place game in ice sledge hockey? We will find out when they take on Czech Republic in the second of the day’s classification games. Led by forward Seung-Hwan Jung, arguably the fastest player in the world, they will look to record their second victory at Sochi 2014.