Let’s take a look at some of the major developments with just two months two go until the next international competition – the IWAS Wheelchair Fencing Grand Prix in Hong Kong from 17-21 December.

Let’s take a look at some of the major developments with just two months to go until the next international competition – the IWAS Wheelchair Fencing Grand Prix in Hong Kong from 17-21 December.

The rivalry between Hong Kong’s golden girl Yu Chui Yee and Hungary’s Zszusanna Krajnyak in the women’s A category isn’t new, but its intensity shows no sign of decreasing.

Yee has regained the top spot following victories at the World Championships in Hungary and the Warsaw World Cup event in June, though with a gap of just 12 points, it remains to be seen whether she can hold onto it for long.

Yee has also had consistently good results in the category A epee discipline, though it hasn’t been enough to interrupt the ongoing battle at the top of the rankings between Krajnyak and Russia’s Yulia Efimova.

Krajnyak is retained the No. 1 spot, but the momentum appears to be with Efimova. The Russian has reduced a point deficit of 67 at the turn of the year to just two points.

In the men’s category C foil, the three top spots continue be dominated by a trio of Russian athletes.

In the equivalent category B competition, there’s no change in the top three male competitors either. Ukrainian Anton Datsko continues to dominate in the discipline despite consistent pressure from Russia’s Marat Yusupov.

The top three in the women’s category B foil ranking list have also not altered this year. Seasoned Hungarian competitor Gyongi Dani still holds the world No. 1 spot ranking ahead of Poland’s Marta Makowska.

It’s difficult to talk about wheelchair fencing at the moment without mentioning Bebe Vio.

At the start of 2013, the 16-year-old Italian Vio was 17th in the women’s category B foil rankings. Today, she sits in fifth place following several major wins and surely now has her rivals looking over their shoulders.

Russia’s Alexander Kuzyukov will be one of those pleased with his performances in 2013. A victory at in the men’s category B epee World Championships was the crowning achievement in a great year that has seen him jump from ninth to in the rankings.

His opponent in the final, Iraq’s Ali Amar, has also made huge progress. Ranked 12th in the discipline in January he has now risen up to fifth.

Ukraine’s Vadym Tsedrik climbed the rankings for the men’s category A sabre competition, moving from eighth to third.

France’s Romain Noble holds on to the top ranking in the category despite strong pressure from Hong Kong’s Wing Kin Chan. The seventh place ranking of reigning Paralympic and world champion Yijun Chen may seem unusual given his talent. On closer inspection, however, this is down to the Chinese star picking his battles carefully. Whereas those above him have competed in as many as 11 events in the ranking period, Chen has competed in just three. 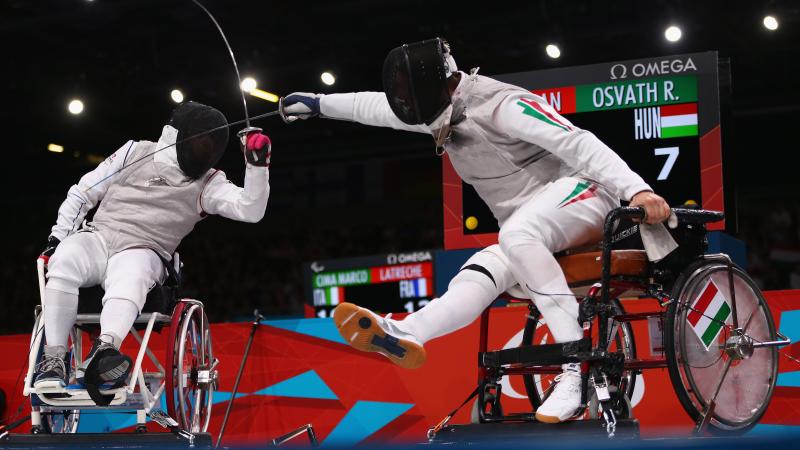 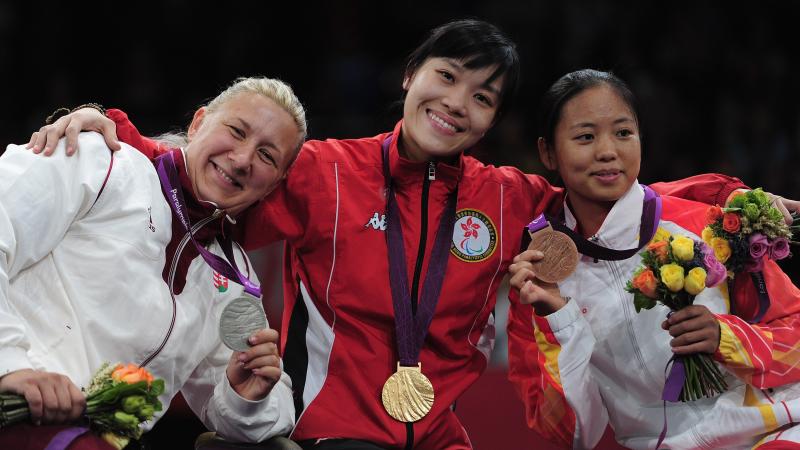