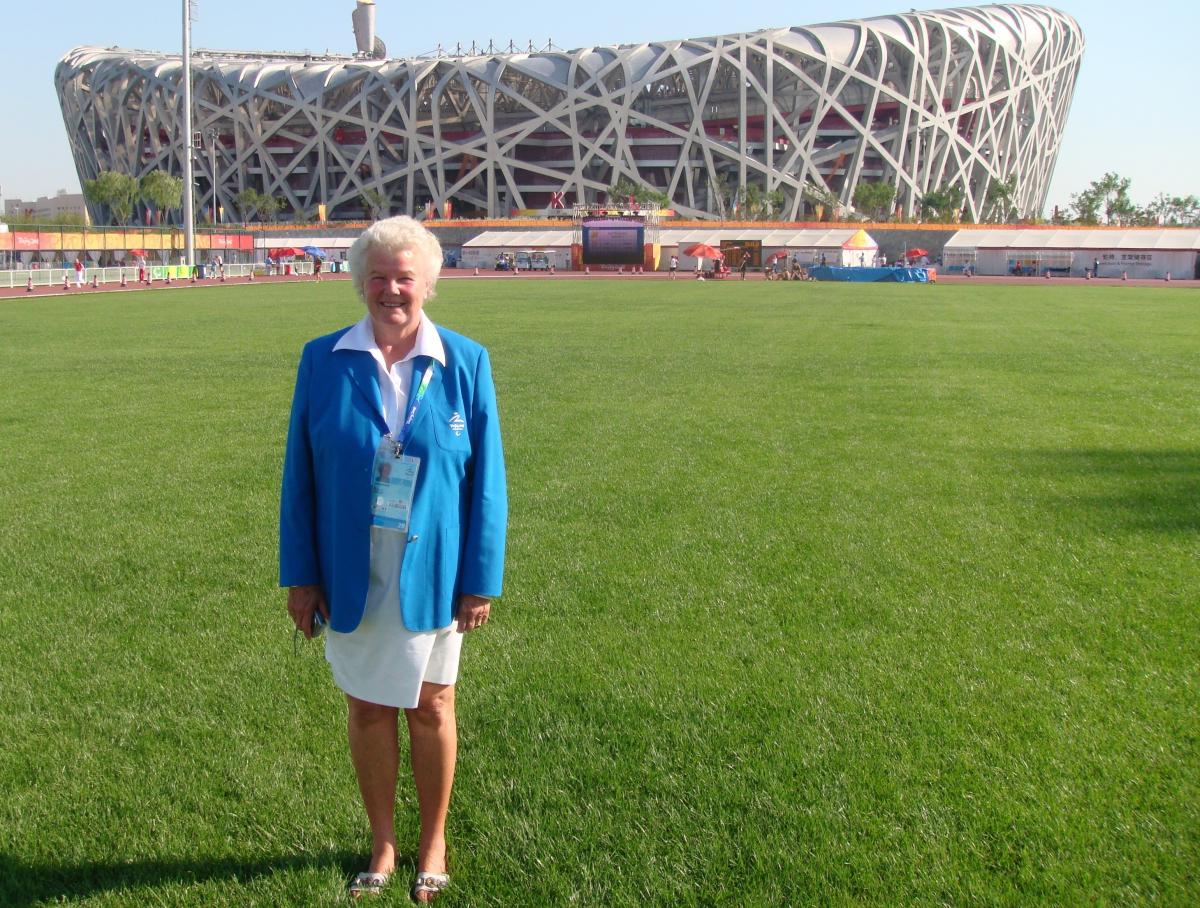 World Para Athletics sends its condolences to the family and friends of Sue McKiernan.

A former International Technical Official (ITO), McKiernan was directly involved in the development of Para athletics as a volunteer and Secretary of the International Paralympic Committee (IPC) Athletics department throughout the 1990s and beginning of the 2000s.

In 2001, McKiernan was awarded an MBE (Member of the Order of the British Empire) for her outstanding services to sports for persons with disabilities.

She was also chairperson of the English Schools’ Athletic Association and officiated in innumerable local, regional, national and international events – including the Paralympic Games.

Sue McKiernan passed away on 29 December at the age of 82.

World Para Athletics also extends its condolences to British Athletics, IWAS and to the Para athletics community in Great Britain at this difficult time.