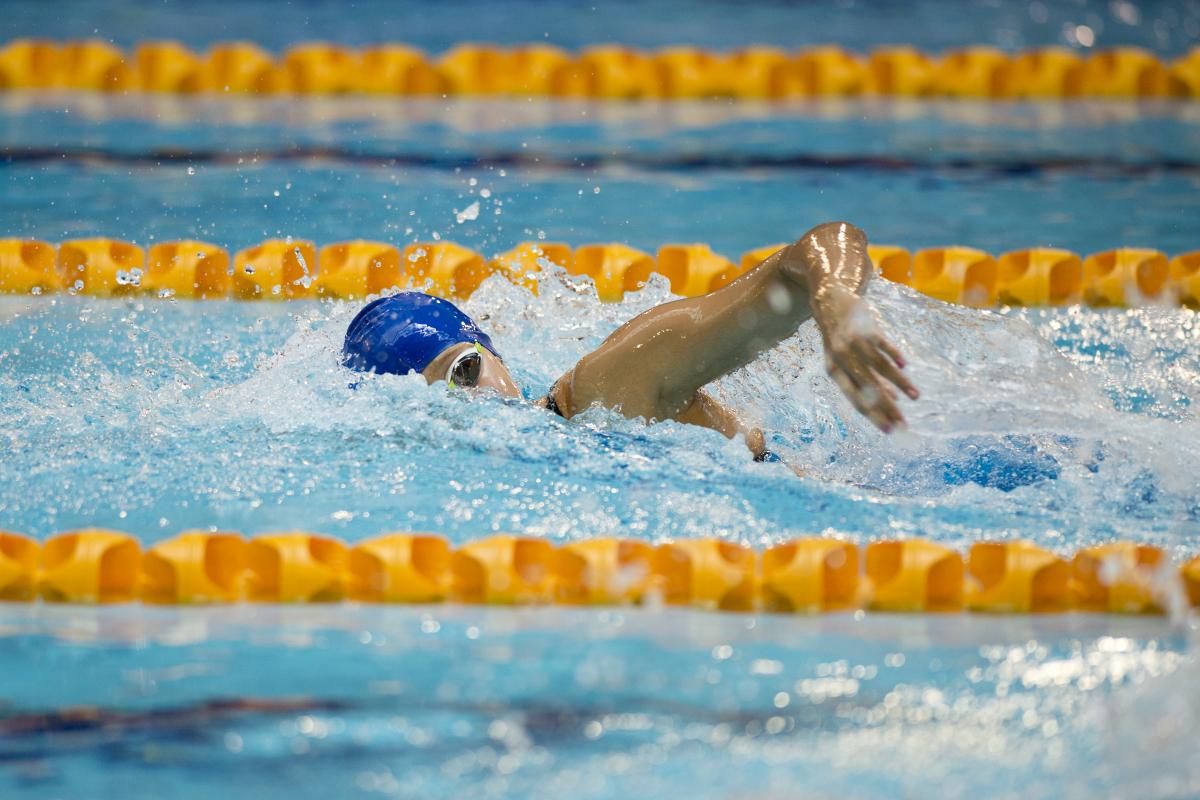 “I want to go and relax for a few days and then come back and train harder and harder for Rio.”

The world record count at the 2016 IPC Swimming European Open Championships rose to 28 on Saturday (7 May), as marks fell to Ukraine’s Oksana Khrul and Russia’s Valeriia Shabalina on the closing night of competition in Funchal, Portugal.

Shabalina and Great Britain’s Bethany Firth relished the challenge of taking each other on in the women’s 200m individual medley SM14, with both women incredibly swimming inside the world record.

Khrul (35.48) stripped more than half a second off her own world record from the London 2012 Paralympic Games in the women’s 50m butterfly S6. The 21-year-old was pushed all the way by Great Britain’s Eleanor Robinson (35.66) who also went under the world record time. Ireland’s rising star Nicole Turner (38.17) secured her third medal of the week with bronze.

Belarusian world and Paralympic champion Ihar Boki (2:05.43) became the most decorated athlete of the Championships, with his sixth gold in the men’s 200m individual medley SM13. Ukraine’s Iaroslav Denysenko (2:11.30) tried all week to top the five-time Paralympic champion but settled for a fifth silver. Azerbaijan’s Dzmitry Salei (2:12.90) took bronze.

Uzbekistan’s Shokshsanamkhon Toshpulatova (2:26.59) got the gold medal she had been fighting for all week, taking the Open crown in the women’s 200m individual SM13. The 19-year-old set an incredible 11th Asian record to beat Ukraine’s Anna Stetsenko (2:28.54) who claimed the European gold also with a new regional record. Russia’s former European champion Darya Stukalova (2:30.20) got the European silver and Spain’s Ariadna Edo Beltran (2:35.31) the regional bronze.

“I want to go and relax for a few days and then come back and train harder and harder for Rio,” Morlacchi said. “I love sport because you can lose, you can win, it’s not important.”

The hosts got their second medal courtesy of David Grachat (4:28.26) with bronze.

“I’m very proud of all these people who push for us [in organising the Championships], it was very, very good fun,” Grachat said. “I’m going to train hard so I can maybe win a medal [in Rio].”

A further two golds went to Italy on Saturday evening.

European and Paralympic champion Cecilia Camellini (1:09.20) secured gold in the women’s 100m freestyle S11. Sweden’s Maja Reichard was close behind in 1:09.74, showing that the close rivalry between the pair has a way to run yet.

The Netherland’s Liesette Bruinsma (1:09.85) was delighted with her fifth medal of the week with bronze.

Arjola Trimi (41.12) rounded off the trio of Italian swimmers to leave with gold, in the women’s 50m freestyle S4. The Ukrainian duo of Mariia Lafina (47.74) and Maryna Verbova (52.48) grabbed silver and bronze respectively.

Great Britain added four more golds to their tally, securing their third place in the medals table with 20 gold, 14 silver and 12 bronze.

Stephanie Millward (4:45.71) dominated for most of the women’s 400m freestyle S9 on the way to her second consecutive European gold in the event. Spain’s Nuria Marques Soto (4:53.77) also finished her Championships on the podium yet again, after winning seven medals in total. Hungary’s Zsofia Konkoly (4:54.84) was third.

Millward and Rodgers were also part of the gold-medal winning women's 4x100m medley relay 34 points team, featuring Harriet Lee and Claire Cashmore, who took the title in 4:35.15. Russia were second in 4:58.79 whilst Hungary (5:15.11) just pipped Spain to the wall for bronze.

Dutch European champion Marc Evers swam expertly to his second gold in the men’s 200m individual medley SM14, pulling away from the field during the freestyle leg to finish in 2:11.67.

“It was good swimming after the bad day in the breaststroke, but sometimes you learn from something and that can sometimes happen,” Evers said. “It was slow though, but the 2:11 is ok for now and I want to be faster in Rio.”

Teresa Perales (38.01) took her fourth, and Spain’s 11th, gold of the Championships in the women’s 50m freestyle S5. Brazil’s Joana Maria Silva (38.16) pushed her to the wall but just missed out on the gold, securing Open silver. The Czech Republic’s Bela Treboniva (38.62) left with European silver. France’s Anita Fatis took the European bronze.

“This has been a good test for Rio. Like here, we will swim in a lot of events,” Brasil said. “The Paralympic Games will be completely different. The Brazilian people will see how the sport has grown and how much Paralympic sport has improved.”

Ukraine left the 2016 IPC Swimming European Open Championships at the top of the medals table with 37 golds, 36 silver and 25 bronze.

For non-rights holders, the following material is available:

A selection of rights-free images are available for download at www.flickr.com/photos/paralympic/. 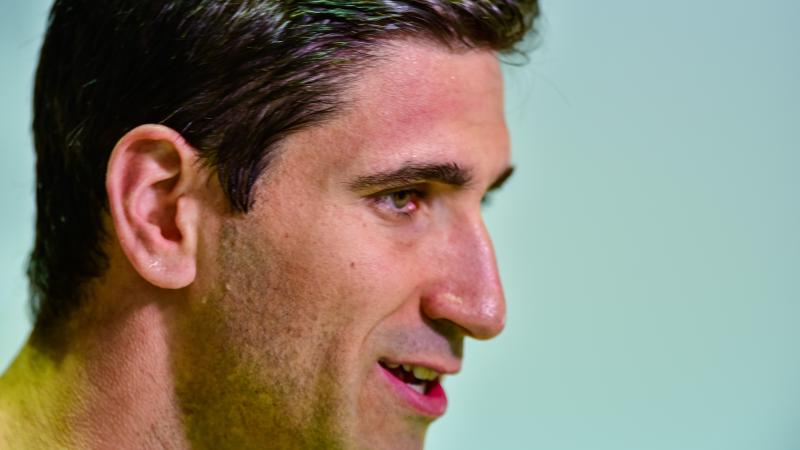 Swimming
Funchal 2016: Action to check out on day seven
Imagen 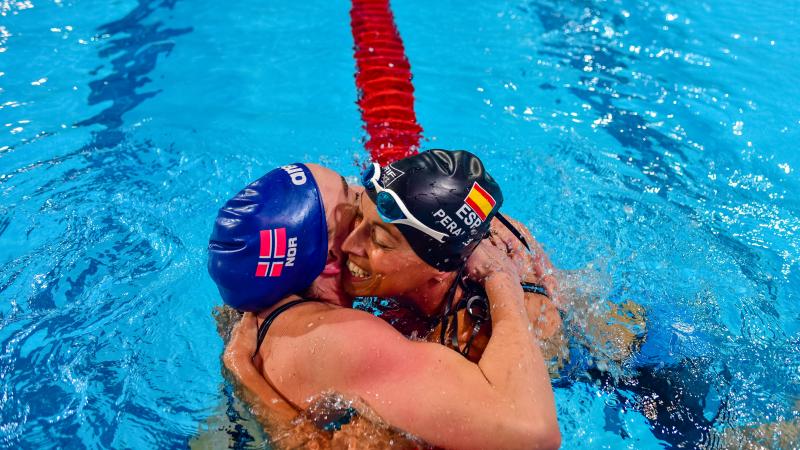