World records for China in swimming

Several rivalries also came to the fore to set up a great evening of finals at the Aquatics Stadium. 09 Sep 2016
Imagen 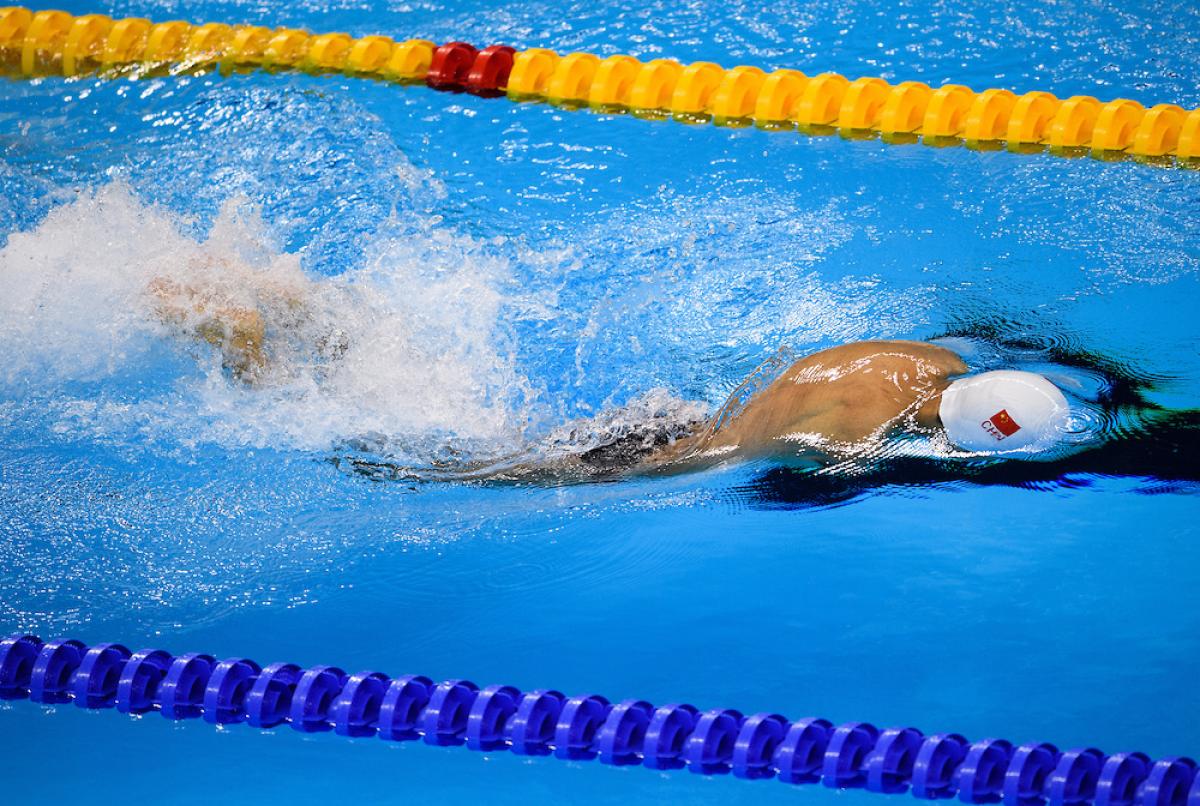 Two new world records for Chinese swimmers were the highlights of the heats at the Aquatics Stadium at the Rio 2016 Paralympic Games on Friday (9 September), as a series of rivalries also came to the fore to set up a thrilling finals session.

New Zealand’s multiple Paralympic medallist Sophie Pascoe looked to have returned to some of her best form in the women’s 50m freestyle S10, setting a new Paralympic Games best of 27.95.

However, Canada’s world champion Aurelie Rivard (27.83) hit back in the next heat, shaving a further 0.12 seconds off her rival’s time.

“My goal this morning was just to swim and qualify as high as I can, first or second. So breaking the Paralympic record is over my expectations,” Rivard said. “It's amazing. It's really good for my mindset for the final, because I didn't go really hard. I could go a lot harder than that.

“We [Pascoe and I] actually fist bump before the race, like 30 seconds before we walk out. We did at the World's last year and today as well because we have to remind each other that it's still just a game.”

There were two European records in the men’s 50m freestyle S10. Ukraine’s Denys Dubrov (24.01) lowered the mark in heat one, followed by compatriot Maksym Krypak (23.45) in heat three. Krypak and Dubrov were the top two, followed by Brazil’s Phelipe Rodrigues (24.07). His world and Paralympic champion teammate Andre Brasil also qualified.

“I don't know what to expect but I will give the best that I can do,” Brasil said. “I'm not as young as the other guys but I'm trying to be fast. I'm trying to be strong. I'm so happy. It's the best moment in my life. I'm so grateful that I can just show what I have being doing over 10 years of my career to my people and my family.”

China continued their dominance in the pool with a further two fastest qualifiers.

Lichao Wang (30.89) and world champion Tao Zheng (31.25) qualified as he top two in the men’s 50m butterfly S6. Great Britain’s Sascha Kindred (32.76), who is celebrating 20 years since he made his Paralympic debut, also went through.

New Zealand’s world champion Mary Fisher became the Paralympic and Oceanian record holder in the women’s 100m backstroke S11 with a time of 1:18.68.

“I was just really happy to have a strong heat swim and I’m so happy with the time,” Fisher said. “It’s probably the strongest strokes that I’ve ever done so I’m just hoping that I can repeat it tonight and if I go a little bit faster, the world record is really close.”

The Brazilians are the world champions and if they win gold, they will be the first to do so as the event is new to the programme.

Australia had a great morning in the pool, with three of their swimmers qualifying fastest.

Ukraine’s Paralympic and Worlds silver medallist Kateryna Istomina (1:10.36) led the women’s 100m butterfly S8. The USA’s defending champion Jessica Long (1:11.56) will go for her second medal in as many days as the next fastest qualifier. China’s Weiyuan Yu (1:12.29) completed the top three.