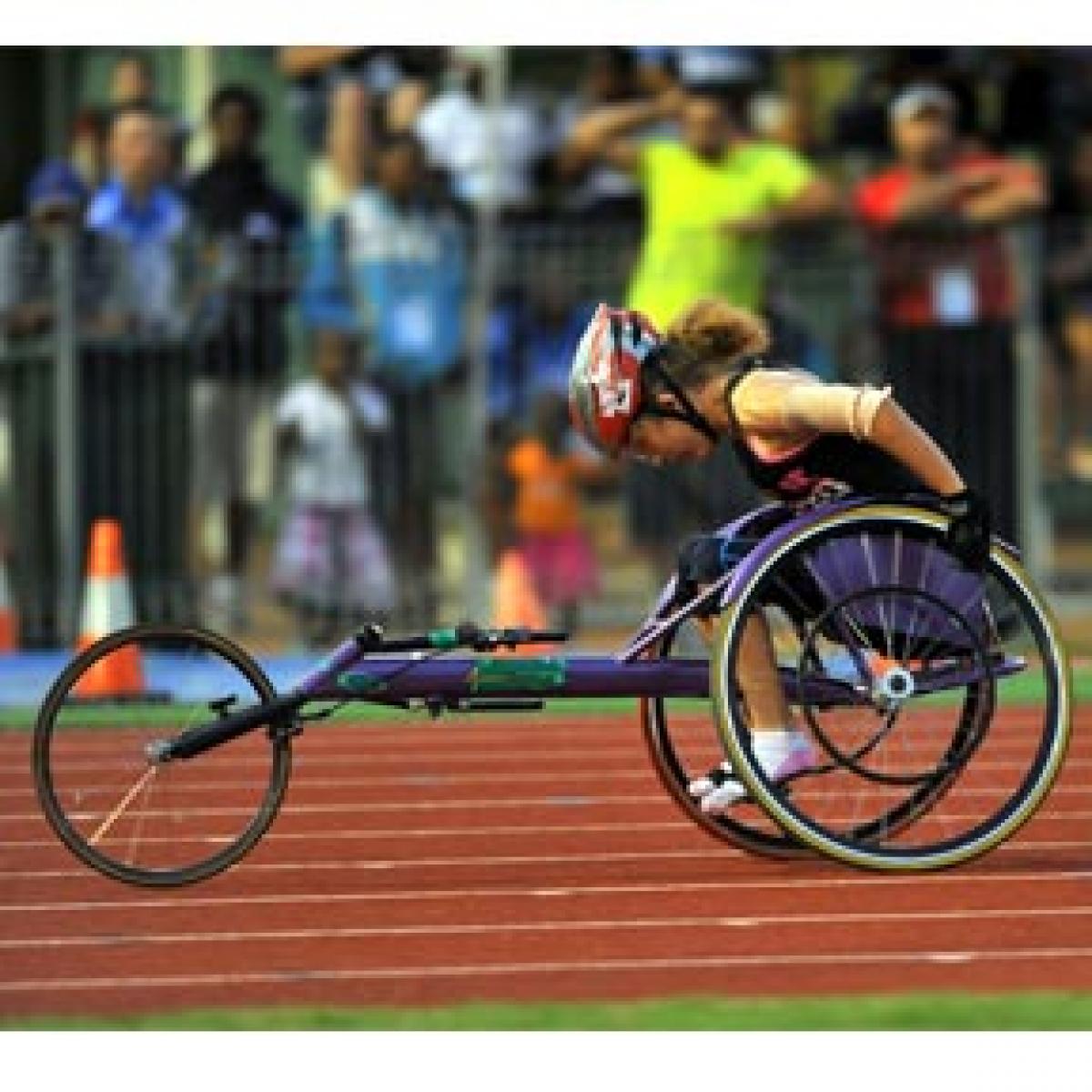 Australian para-athlete Kristy Pond has beaten off stiff competition from a number of Paralympic and World Champion athletes, including South African ‘Blade Runner’ Oscar Pistorius, to be crowned the International Paralympic Committee’s (IPC) ‘Athlete of the Month’ for May 2011.

Pond, 14, claimed more than one third of the public votes (35 per cent) in a poll on www.facebook.com/paralympicsport.tv after winning six gold medals at last month’s Arafura Games which were held in Darwin, Australia.

The T34 athlete had a sensational Games claiming gold medals in every track event from the 100m through to the 800m as well as gold in shot put, where she set a new national record, and the javelin.

She is the second youngest winner of the monthly IPC award behind Great Britain’s two-time Paralympic swimming champion Eleanor Simmonds.

In addition to winning six gold medals at the Arafura Games, a multi-sport event which is held every two years in the Asia Pacific region, Pond has already made the London 2012 qualification times for the 100m and 200m and is currently ranked second in the world over the longer sprint behind World champion Hannah Cockcroft.

Last year she was voted Paramatta’s Sportsperson of the Year and is trained by one of Australia’s best ever wheelchair racers Louise Sauvage, a winner of nine Paralympic gold medals.

Runner-up in the poll with 29 per cent of the vote was Great Britain’s Danielle Brown who finished eight in individual and ninth in the team event at the Archery World Cup Stage 1 in Porec, Croatia.

Another Britain, Dan Greaves came third with 19 per cent of the votes after improving his F44 Discus World record to 59.27m at the BT Paralympic World Cup.

Also shortlisted for the IPC’s Athlete of the Month was South African ‘Blade Runner’ Oscar Pistorius and Saudi Arabian Hani Alankhili who finished fouth and fifth respectively in the poll for their performances at the BT Paralympic World Cup.