World Championships qualification spots for US athletes are up for grabs in Canada. 31 Mar 2017
Imagen

Michelle Konkoly said she was only aiming to take the world No. 1 but ended up swimming a new world record to set-up the prospect of a great race at Rio 2016.

Nine Rio 2016 Paralympians lead the US roster with standouts such as Michelle Konkoly and Tucker Dupree. The 2015 Can Am Championships saw an impressive Team USA showing with a total of 28 records broken heading in to the 2016 Paralympic Games. The event will bring over 150 athletes and more than 10 countries from around the world to compete.

After her Rio high, Konkoly returns to the pool having secured four medals, including two gold, in hopes of securing a spot on her second World Championship team. She enters the competition as the current world record holder in the 50m and 100m freestyle S9. Joining her are Rio teammates and silver medallists, Dupree, Rudy Garcia-Tolson and Sophia Herzog. Herzog will enter this weekend’s competition as the reigning world record holder in the non-Paralympics 1,500m freestyle S6. Additionally, look for strong performances from Paralympians Evan Austin, Haley Beranbaum, Tye Dutcher, Letticia Martinez and Natalie Sims.

Newly nationally classified athletes Aspen Shelton and Gia Pergolini are looking to make their marks. Having broken several American records between the two of them in short course competition, Shelton (S12) and Pergolini (S13) will hope to rise to the occasion and attempt to rewrite the record books for Team USA.

World Championship spots on the line

Both rookies and veterans alike will be competing for one of the coveted spots on the World Championship team held later this summer in Mexico City. While a few will be looking to make their second team, many will be aiming for their first Worlds opportunity. Team USA walked away with 30 medals from the 2015 World Championships in Glasgow, Great Britain, led by Paralympic powerhouses such as Konkoly, Austin and Garcia-Tolson. Finishing tied for fourth in Glasgow, the athletes will need to leave it all in the pool in hopes of helping Team USA continue their successful run.

This meet will be an opportunity for emerging athletes to gain experience on the international level while also having the chance to qualify for a spot on the US Paralympics Swimming National Team roster. Athletes will strive for national team standards to either be placed on the A-team, B-team or the emerging team. Five athletes currently on the emerging team will look to move their way up after living and training at the US Olympic Training Centre in Colorado Springs, Colorado, as resident athletes. Roderick Sewell, Jacob Pruett and Garner Moss will compete for the men, while Samantha Tubbs and Molly Rhodes will represent the women.

The event will be hosted at the Windsor Aquatic Club and will begin on Friday (31 March) and conclude on Sunday ( 2 April). Full results can be found on the Swimming Canada website. 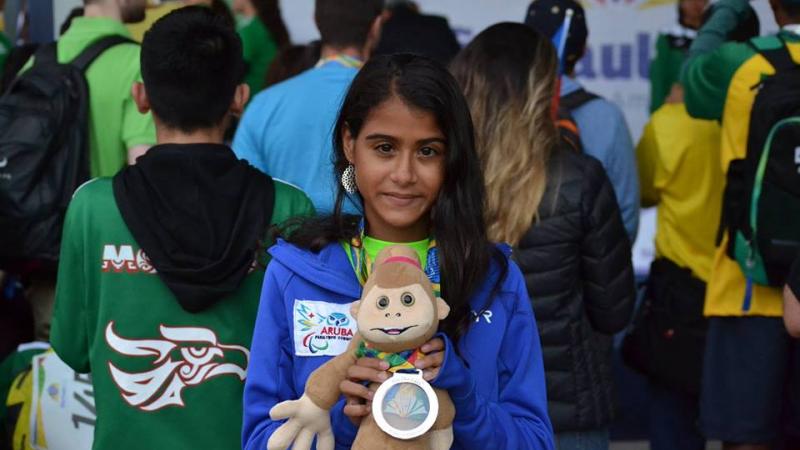