World champion hopes to beat her own world record at the Asian Para Games by lifting over 132kg. 28 Sep 2014
Imagen 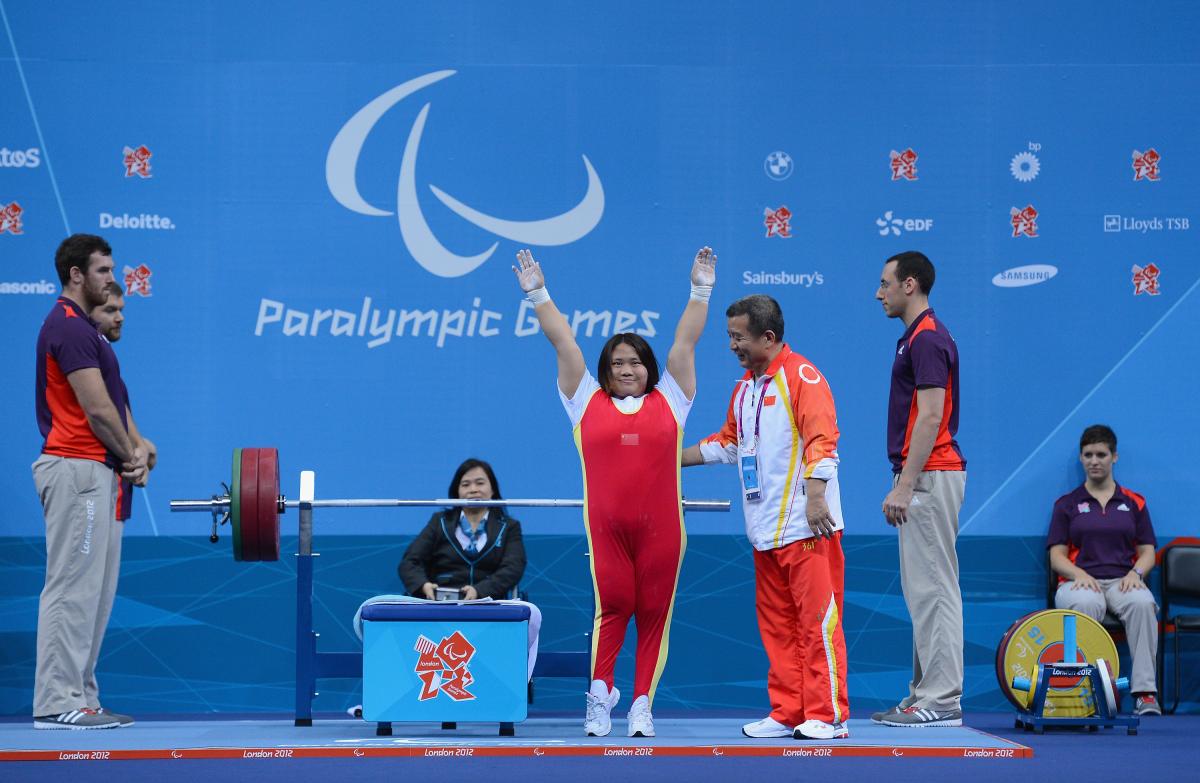 “I feel okay and confident heading into the Asian Para Games. The performance in Dubai was not perfect – there is more work to be done. Hopefully I will have a better show in Incheon.”

Chinese powerlifter Yujiao Tan is aiming to lift more than twice her own bodyweight at October’s Asian Para Games in Incheon, South Korea, in the hope of adding another gold medal to her growing collection of titles.

The 23-year old lifted a world record 132.5kg in April at the 2014 IPC Powerlifting World Championships in Dubai, UAE, to claim gold in the up to 67kg class and has now set her sights on lifting even more in Incheon when the competition begins on 18 October.

“I feel okay and confident heading into the Asian Para Games,” Tan said. “The performance in Dubai was not perfect – there is more work to be done. Hopefully I will have a better show in Incheon.”

In fact, Tan has lifted more than 132kg before.

At London 2012 she lifted 139kg to take silver behind France’s Souhad Ghazouani in the up to 67.5kg class. Since then new weight categories have been introduced and, as a result, new world record marks set.

“I believe I am at a better status than 2012,” said Tan who discovered her talent for the sport aged 14 and began training with a coach from her school team. Just three years later she earned a silver medal at the Chinese national championships.

Since then she has gone from strength-to-strength and is a red hot favourite for gold in Incheon due to the fact her nearest Asian rival in the world rankings, Thailand’s Arawan Bootpo, has only lifted 106kg this year, well short of Tan’s world record.

Tan said that while there may be just a few women dominating the sport right now, many up-and-coming competitors are sure to challenge for podium spots soon, especially with the Rio 2016 Paralympic Games less than two years away.

“It’s very possible for the women’s world record to be broken in the near future,” Tan said. “There are many talented girls with great potential, and with the Rio Games approaching, all of the women athletes including myself will show their capability and bring better performances.

“In recent years, a number of new athletes have come out. Some of them were like the dark horse, with very surprising achievements.”

For now, though, Tan is simply keeping her eye on the prize.

“The desire to succeed is my biggest strength,” Tan said. “Sport has changed my life, and all the hard work is paying off. I just hope to do better in the future.”

China is expected to be a top medal contender across the women’s powerlifting competition, as five other Chinese athletes in addition to Tan are atop the Asian rankings in their respective weight classes.

The Asian Para Games will take place between 18-24 October and will feature 603 medal events across 23 sports.