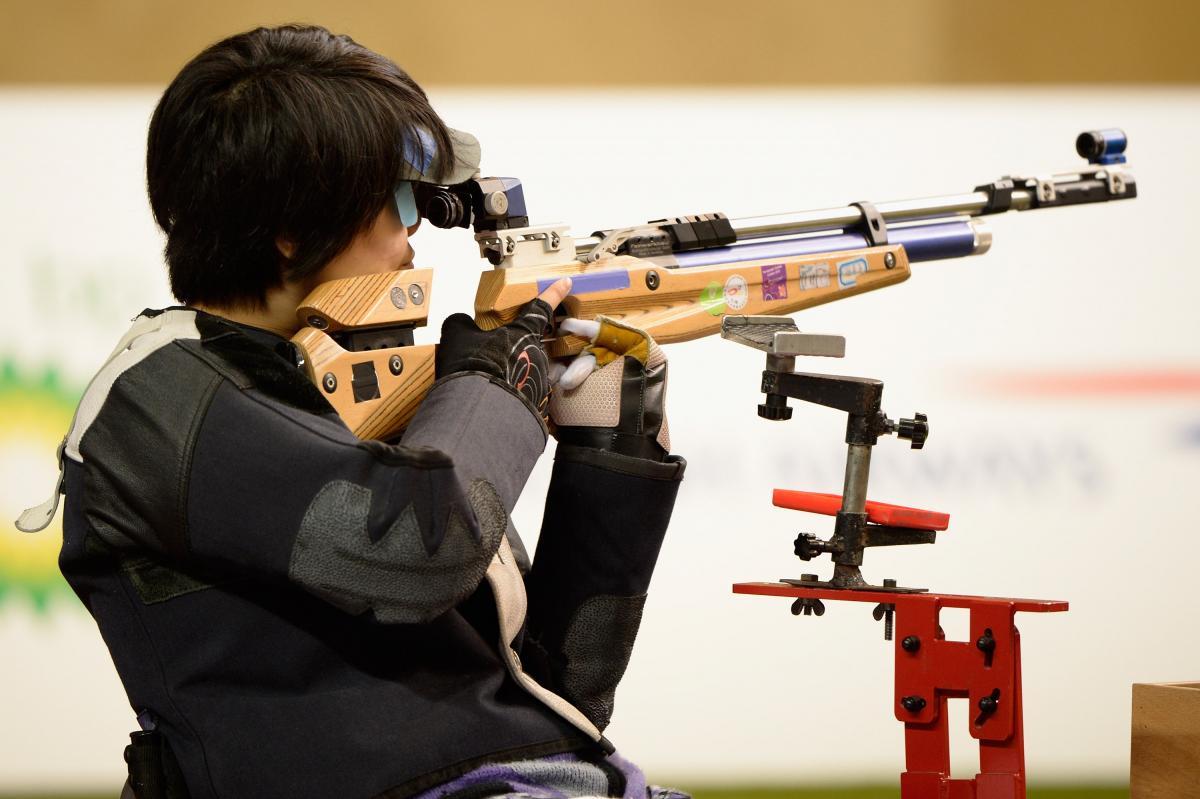 On a windy day in Suhl, Germany, there was also a first world title for Turkey’s Cevat Karagol, as he topped the podium in the P4 (mixed 50m pistol SH1).

In a strong field, Paralympic champion Zhang took an early advantage in the R8 (women’s 50m rifle 3 positions SH1), but was matched all the way by South Korea’s Yunri Lee.

Lee quickly fell away however, whilst Zhang maintained her consistency in the difficult conditions to open up an impressive 3.2 lead.

And there was no let-up, as she finished in style to claim gold with a 4.2 point advantage with 446.2.

“In this event, I feel very happy to win the gold medal,” she said after taking gold.

“Before the competition, I saw that the athlete level was very high, so I am delighted to win this.”

In the 50m events, there are a number of factors that can alter a shot, making the pressure on accuracy that much greater. And despite not being able to prepare fully for this competition, Zhang stated that the circumstances affect all, and in a final, it is anyone’s for the taking.

She said: “The heart and stress, this is very difficult for every athlete. It was a very windy day, which builds the pressure, but it is the same for all athletes.

“I became a mother just after London 2012, so before this event I have only been able to train for several days, so I thought it would be difficult to get this but I am so happy.”

Along with the individual gold, Zhang’s performance also helped China take the team gold, with a score of 1678-53x.

Silver in the individual event went to Slovakia's Veronika Vadovicova in 441.0 and bronze Korea's Yunri Lee in 431.3.

But in the windy conditions, a wayward 6.0 from Karagol gave Ponomarenko a commanding 2.5-point lead.

With the next shot, however, parity was restored as Ponomarenko fired a 5.7 to drop into third place behind South Korea’s Juhee Lee.

The unpredictability did not stop there, with Lee all but in the final two then firing a 5.1 to drop out of the competition and into the bronze medal position in 159.2.

With lots of ground to make up on Karagol, Ponomarenko posted an impressive 10.4 to shorten the advantage to just 0.7 with his penultimate effort.

But Karagol held strong with his final effort, shooting an 8.2 against Ponomarenko’s 6.9, to claim gold in 181.4.

“I am so happy, because the gold medal takes a lot,” said Karagol.

“The wind and the sunshine effected things very much, but in the final, I just pretended and thought that I was in Turkey, so then I just concentrated and shot well."

Despite Lee taking the bronze, South Korea were able to claim another gold medal in the team ranking event, with a score of 1576-19x.

More information, including live results are available at the event website. 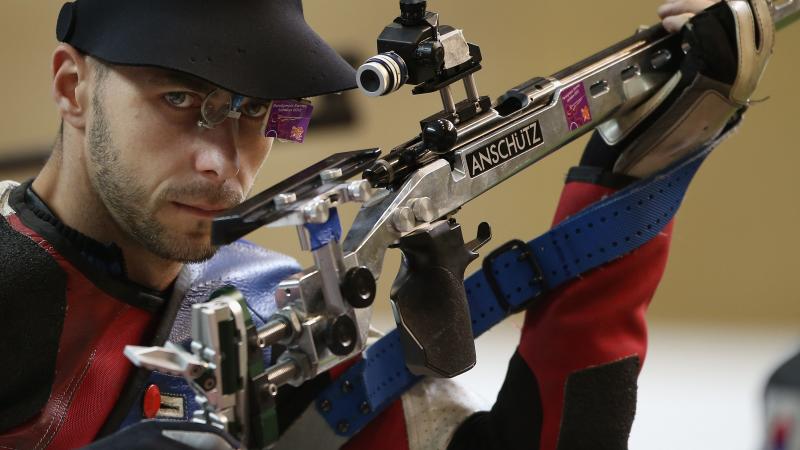