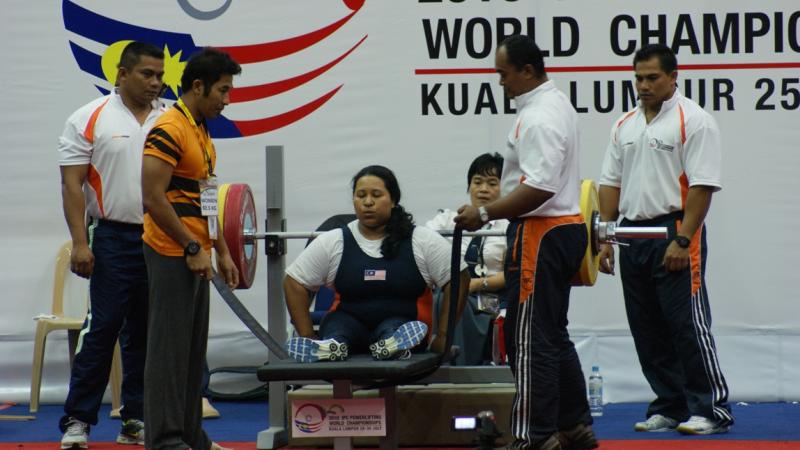 The 2010 IPC Powerlifting World Championships were held in Kuala Lumpur, Malaysia and featured 292 athletes from 49 countries.

In competition, Iran's Siamand Rahman set a new World record for seniors and juniors in the Men’s +100kg category with an impressive lift of 285kg on his fourth attempt. As the fourth attempt does not count towards the best lift, Iran’s Kazem Rajabi Golojeh took gold in the category lifting 265kg. Taking silver was record-breaker Rahman, whilst Iraq's Faris Al-Ajeeli took bronze.

France's Souhad Ghazouani broke the World record for seniors and took gold in the Women’s 60kg category with a best lift of 135kg.

The results of the event in the up to 48.00kg Men had to modified following the event after the suspension of the Vietnamese powerlifting athlete Cong Van Le. The athlete was suspended for two years for an anti-doping rule violation and, as a result, medals had to be redistributed.