IPC Announces Shortlist for May’s ‘Athlete of the Month’

The International Paralympic Committee (IPC) has announced a shortlist of six for May’s ‘Athlete of the Month’ Award which recognizes the best performances from the last month.

Four of the candidates for the award recently took part in the BT Paralympic World Cup in Manchester, Great Britain with three of them breaking World records whilst competing there.

The public have until Monday 6 June 2011 to choose their winner of the coveted title via www.facebook.com/paralympicsporttv, the IPC’s official Facebook page.

The shortlist for May consists of:

Paralympic champion Brown has been nominated by the International Archery Federation for finishing eighth in individual and ninth in the team event at the Archery World Cup Stage 1 in Porec, Croatia. She is no stranger to competing in able-bodied events having won gold at last year’s Commonwealth Games.

The F33 Discus thrower set a new World record with a distance of 31.29m at the BT Paralympic World Cup. This improved his own world’s best throw, set at the Asian Para Games last December by 1.59m.

She may only be 14 years old, but that did not stop her winning four track gold medals at the Arafura Games, a multi-sport event held every two years in the Asia Pacific region. She has already made the London 2012 qualification times for the 100m and 200m T34.

The British team will be full of confidence for London 2012 after defeating Germany in the BT Paralympic World Cup final. Germany is currently ranked second in the world but that did not stop the home team taking victory 63-52.

Previous winners of the award in 2011 are as follows: 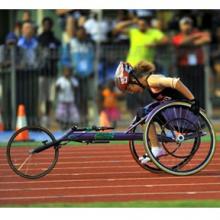 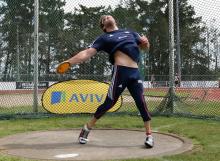