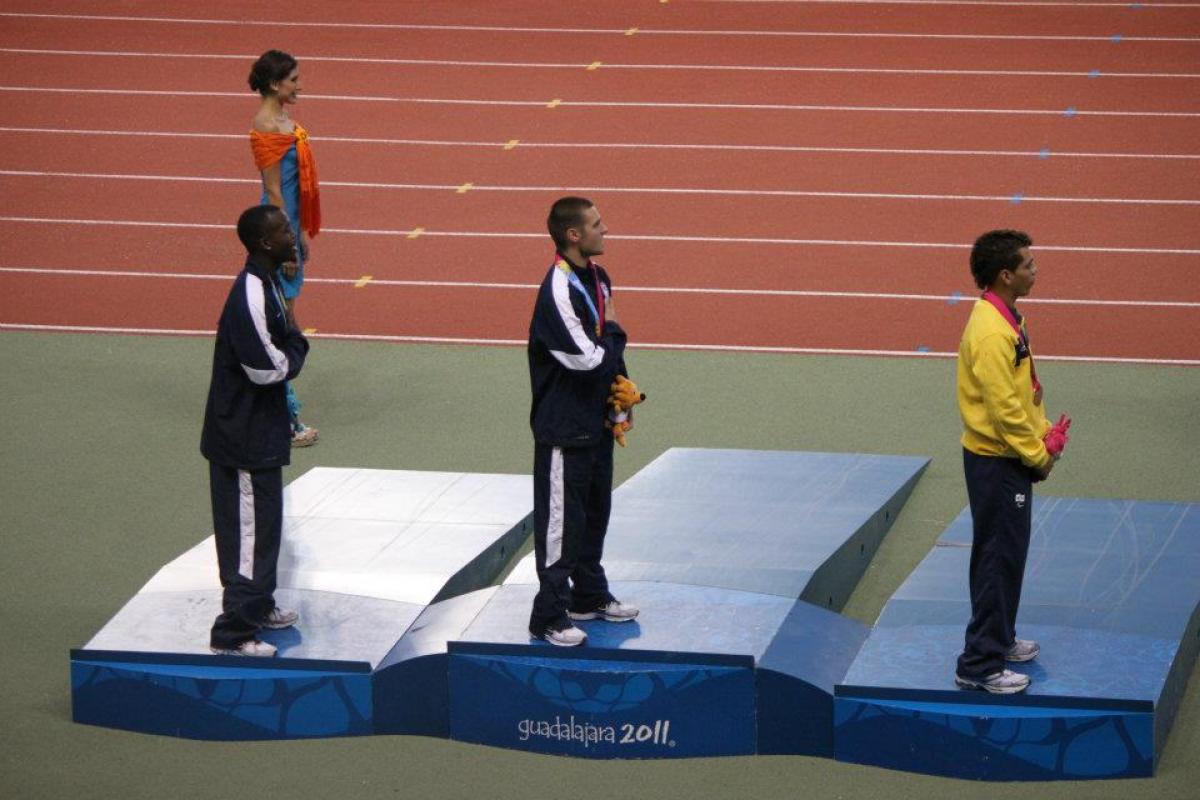 The USA’s Jarryd Wallace, a gold medallist at the 2011 Parapan American Games, believes the men’s 100m T44 race at London 2012 is wide open with any one of eight athletes in with a chance of claiming gold and, potentially, breaking the world record.

Many predicted that the much hyped 100m sprint in London would be a two horse race between world champion Jerome Singleton of the USA and South Africa’s ‘Blade Runner’ Oscar Pistorius.

However, 21 year old Wallace blew the race wide open in November when he ran 11.31 seconds in Guadalajara to win gold. Not only was his victory unexpected, but his time was 0.03 seconds faster than the time Singleton ran last January to win the world title and become the first man in seven years to beat Pistorious.

Wallace has now set his sights on competing against them both in London.

“I am excited and overjoyed to potentially race against Pistorious and Singleton,” said Wallace. “Just to have my name in the same sentence as those guys at that level of competition is humbling and such an honour.

“Six months ago, I was excited at the thought of watching Jerome and Oscar race in London 2012. Now I have the chance to compete against them.

“Oscar and Jerome may be the favourites, but it is an eight-man race and anyone could win the gold medal. I actually think there could be one or two world records broken in the 100m discipline in London across various classifications.”

Wallace’s medal winning performance and time in Guadalajara are remarkable considering they came just 15 months after having his right leg amputated. Although his confidence may have increased, his objectives remain unchanged.

“My goals are the same - to represent the US in London,” said Wallace. “The medal has given me the belief that I am in the race and that training is paying off. The Parapan American Games were a step in the right direction and I will continue to work hard to reach London.

“The Paralympic trials (29 June) are the only thing that I am focusing on right now. In 2012 it is the next race that matters and I am just excited to get there.

“It’s a strong eight man race at the trials just to find the top three Americans.

“If I do get to London, which is my goal, I realize it’s not going to get any easier against the rest of the world, but if I do go I want to win a medal.”

Four years ago Wallace, an accomplished 800m runner who had just signed for the University of Georgia, suffered complications during surgery to repair a running injury. It resulted in him losing 60 per cent of muscle from the knee down. Faced with excruciating pain he took the difficult decision to have his leg amputated.

“When my parents found out that the surgery had gone wrong and that I may lose my leg, both were crying and pacing up and down,” explained Wallace.

“They said when I won gold in Mexico they were doing the same thing, but this time it was tears of joy and celebration.

“To get to London 2012 would mean the world to me. It was a dream of mine and when I made the decision to have my leg amputated, I looked at the world ranking and records list on the IPC website and told my parents I wanted my name on that list.”

Wallace finished 2011 not only with a gold medal but also top of the world rankings.

The final of the Men’s 100m T44 at the London 2012 Paralympics will take place on the evening of 6 September and is expected to be one of the hottest tickets of the Games.