During each competition day at the Sochi 2014 Paralympic Winter Games, top athletes from different countries were invited to join a Google Hangout on air. Google Hangouts allowed viewers to post their personal questions live via the Q&A app so that the moderator can ask their questions to the athlete directly.

Proud Paralympians such as Muffy Davies and Eric Villalon moderated the live events. 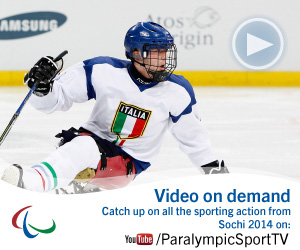