The medals for the Stoke Mandeville part of the Games, however, feature the by now well-known three interlocking wheels (the logo of the International Stoke Mandeville Wheelchair Sports Federation), which is not surprising as the competitions for wheelchair athletes with spinal cord injuries were held there, harking back to the origin of the Paralympic Games.

For the first time, medals were given out in gold, silver and bronze, instead of just a single variation for the winners. 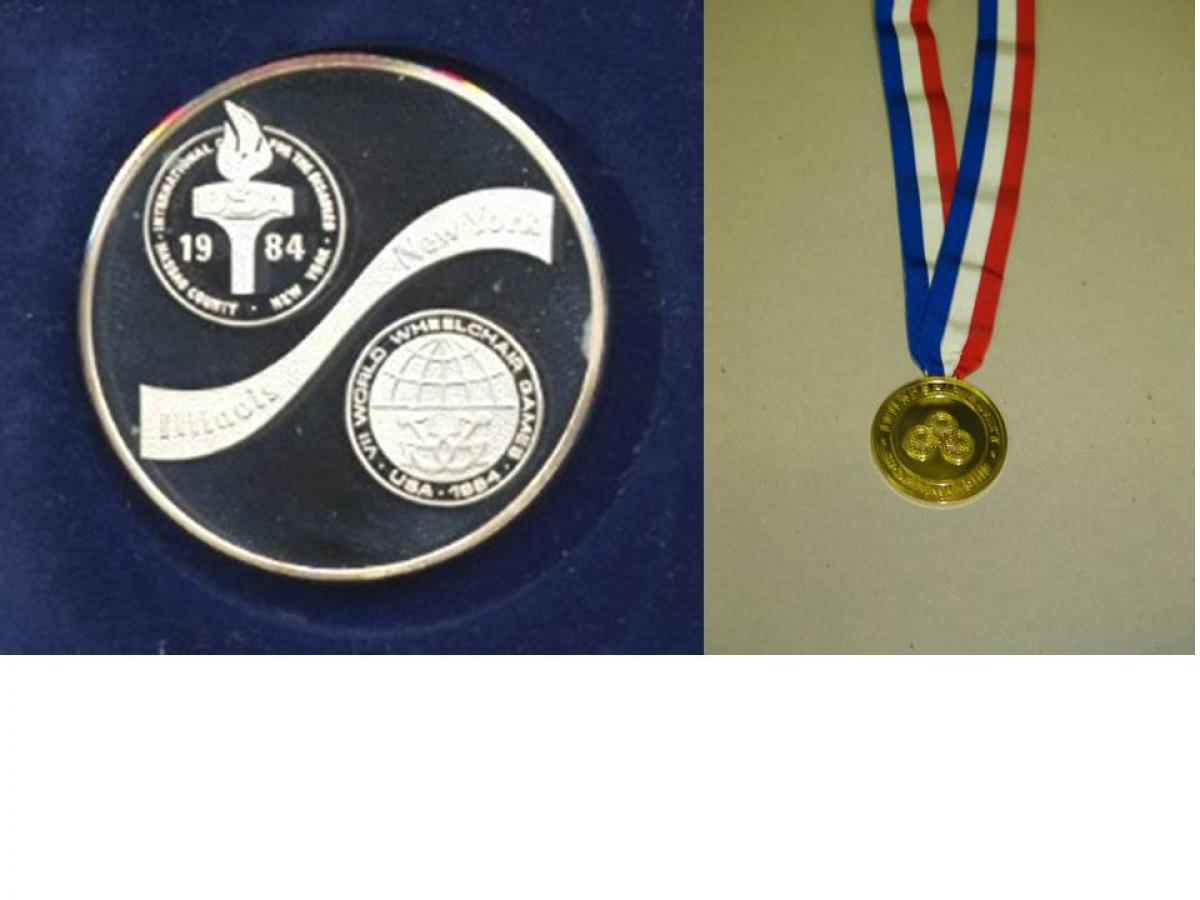