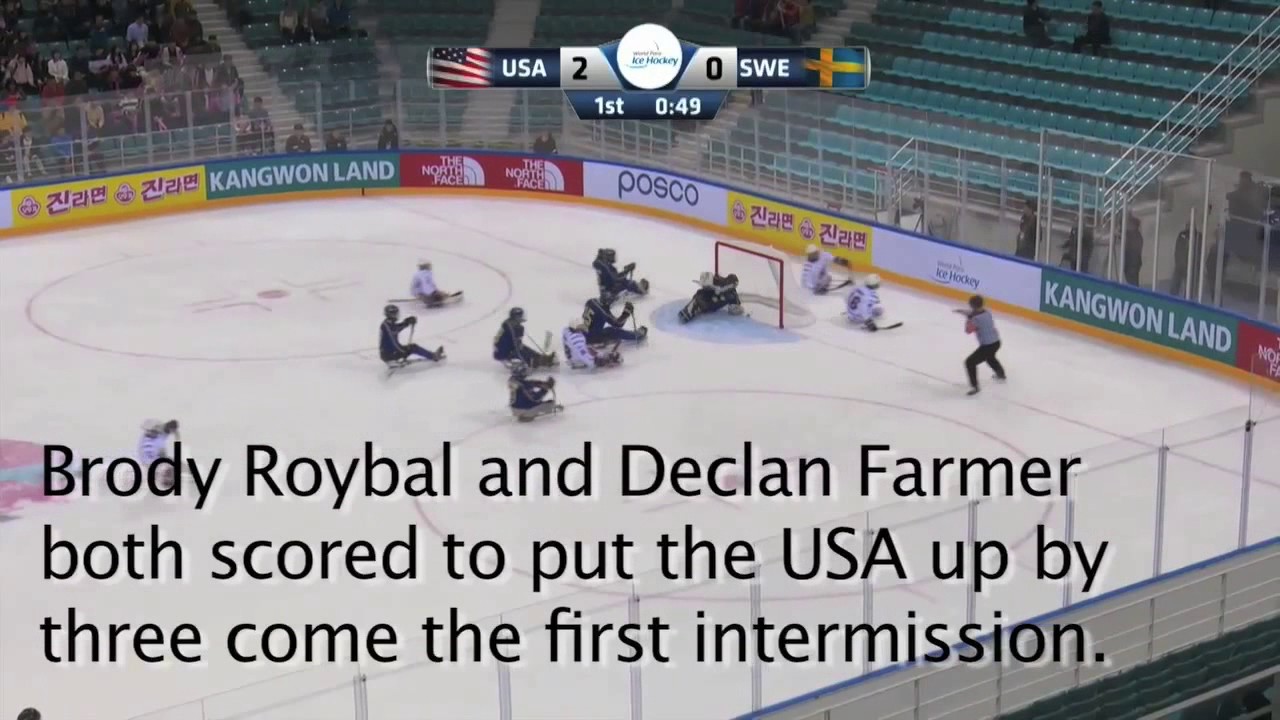 Highlights of the 2017 World Para ice hockey Championships, USA v Sweden. Defending Paralympic and world champions USA opened up their campaign at the Gangneung Hockey Center by blanking Sweden, 7-0, with all three members of its top line – Brody Roybal, Declan Farmer and Kevin McKee – notching four points in the game. “It was a great start to the tournament today. It was a lot of fun out there and we got the job done,” Roybal said. “It’s always great to play with (Declan Farmer), as he’s probably the best player in the world. It’s awesome to have them out there on my line and it’s always a lot of fun.” Alternate captain Nikko Landeros struck first for the U.S., skating through the slot 43 seconds into the game to toss the puck into the net and give his team the early 1-0 advantage. Later in the first, Farmer fed the puck for Roybal for a score and then vice versa – a sequence American fans are used to seeing these days – to put the USA up by three. The USA extended its lead in the second period when Paul Schaus deflected a shot from defender Josh Pauls into the net. In the final frame, Farmer fired the puck between the posts twice to complete his hat trick and Rico Roman capped off the U.S. scoring with 2:12 remaining. Steve Cash and Bo Reichenbach split the goaltending duties and shutout effort for the U.S., while Ulf Nilsson stopped the puck 40 times for Sweden. More information here: www.gangneung.org