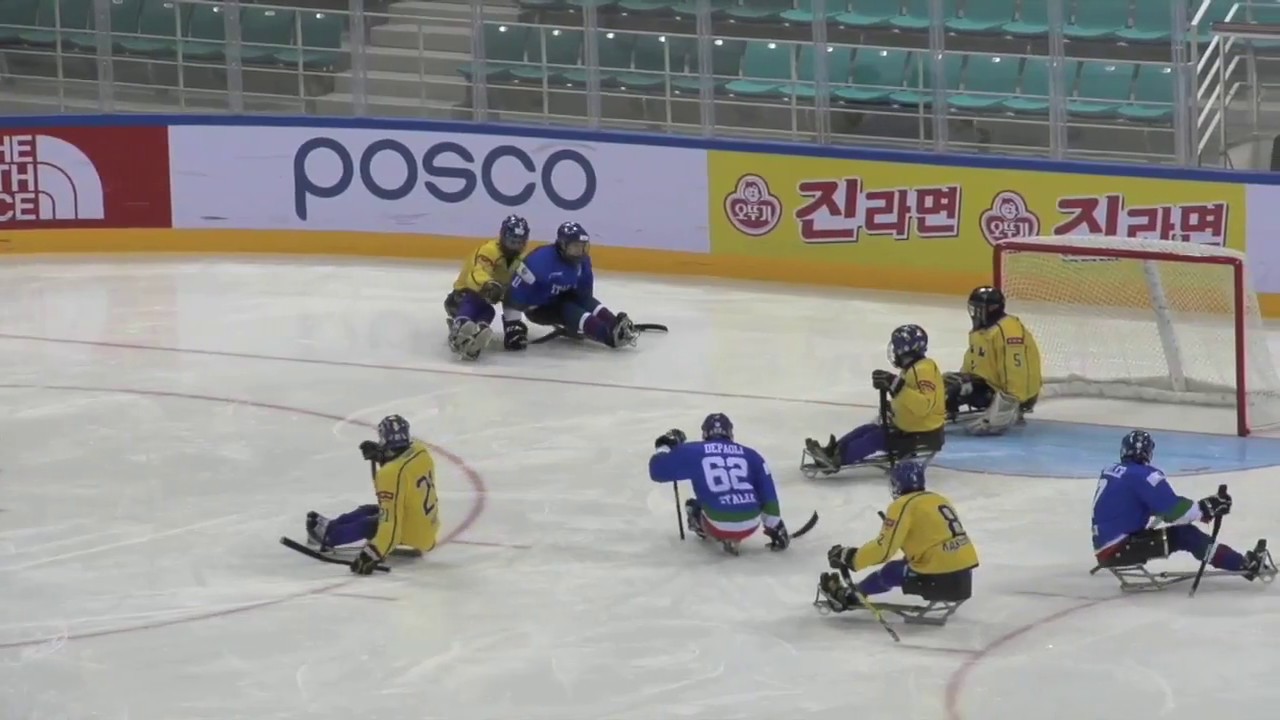 Italy clinched the final automatic Paralympic qualification spot available at the tournament with a decisive 4-0 victory over Sweden in the fifth-place game.

Eight different players tallied a goal or assist for Italy in the win, with veterans Florian Planker and Greg Leperdi, as well as rising star Sandro Kalegaris, notching multiple points.

“It was our main goal here to get the qualification, and we did it. We are disappointed a bit for not making it to the bronze-medal game, but it’s ok now because we’ve qualified for the Paralympics,” said three-time Paralympian Leperdi. “(Captain) Andrea Chiarotti is not here, so this qualification is for him.”

Competing in his sixth World Championships, forward Werner Winkler scored Italy’s initial goal 5:39 into the contest, assisted by a pair of 19-year-olds in Christoph Depaoli and Nils Larch.

Although Sweden outshot Italy 7-6 in the second stanza, only Leperdi and Kalegaris found the net to keep the Italians’ shutout in tact. Leperdi scored on the power play three minutes into the frame, before assisting on Kalegaris’ short-handed goal about seven minutes later.

Kalegaris made it 4-0 with a score on the power play 2:23 into the third period. The physical forward finished the tournament with seven of Italy’s 15 goals.

Gabriele Araudo played a complete game between the pipes, registering 12 saves in the shutout for Italy to finish the tournament with a 2.08 goals against average. Ulf Nilsson stopped the puck 19 times for Sweden, while Per Kasperi and Niklas Ingvarsson led the Swedish effort on offense with four shots on goal each.

Sweden finished the tournament in sixth place, just ahead of Germany; both of those teams will have one last chance to qualify for PyeongChang 2018 at a Paralympic qualification tournament later this year.

All games from the 2017 World Para Ice Hockey Championships were streamed live at www.Gangneung2017.com, and statistics and results are available at www.paralympic.org/gangneung-2017/schedule-results.