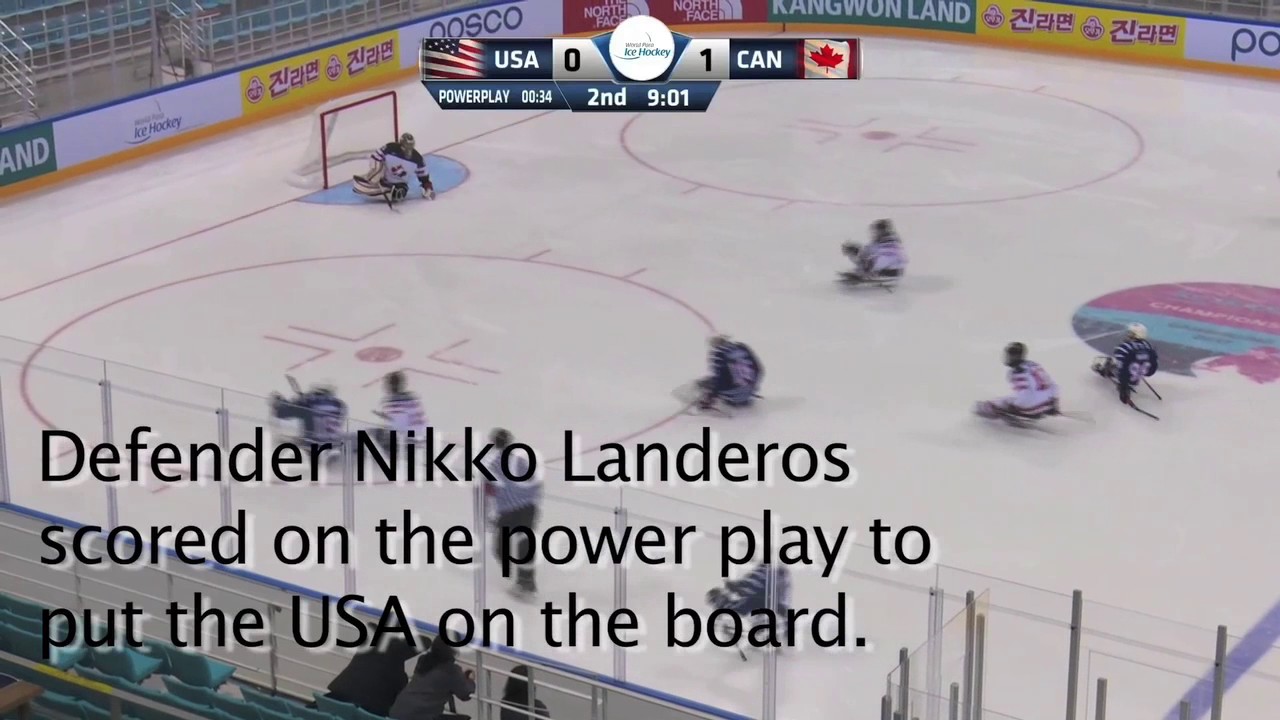 The USA beat Canada for the fifth time in the rivals’ last six meetings in a game packed with physicality on Monday (17 April), in the preliminary round of the 2017 World Para Ice Hockey Championships A-Pool in Gangneung, South Korea.

Playing in his 10th season, US goaltender Steve Cash starred for the defending Paralympic and world champions, recording 11 saves in the 2-1 win to keep his team undefeated in the tournament through four games.

“It was just about focusing and not having too many peaks or valleys, and just having confidence that the guys were going to keep the shots to the outside,” Cash said of having to fend off a pair of shots in the closing minutes of the final period.

“The first period didn’t really resemble USA Hockey’s style of play, but we picked it up in the second period. Moving forward, if we play like we did in the second and third period, we’ll be alright.”

The game’s opening frame showcased a physical brand of North American hockey full of big hits on the defensive line from the likes of the USA’s Josh Pauls and Canada’s Adam Dixon. Both sides shut each other down hard until Canada’s alternate captain Tyler McGregor jumped on a rebound in the slot unchecked with 1:31 remaining in the period to score the first goal.

Defender Nikko Landeros, playing in his fourth World Championships, put the USA on the board with 8:54 left in the second period, scoring on the power play. It was the first goal Canada allowed in the tournament – it had been outscoring its opponents 36-0 – ending its shutout streak at just over 206 minutes.

US forward Declan Farmer responded about two minutes later. He took a pass from Kevin McKee in the neutral zone, split two defenders and gave the No. 1-seeded US team the go-ahead goal.

The two teams shut each other down again in the third period, as McGregor and Greg Westlake both failed to convert for Canada on their two shot attempts.

The USA is now tied with Canada atop the tournament standings with 12 points, despite having played one less game.