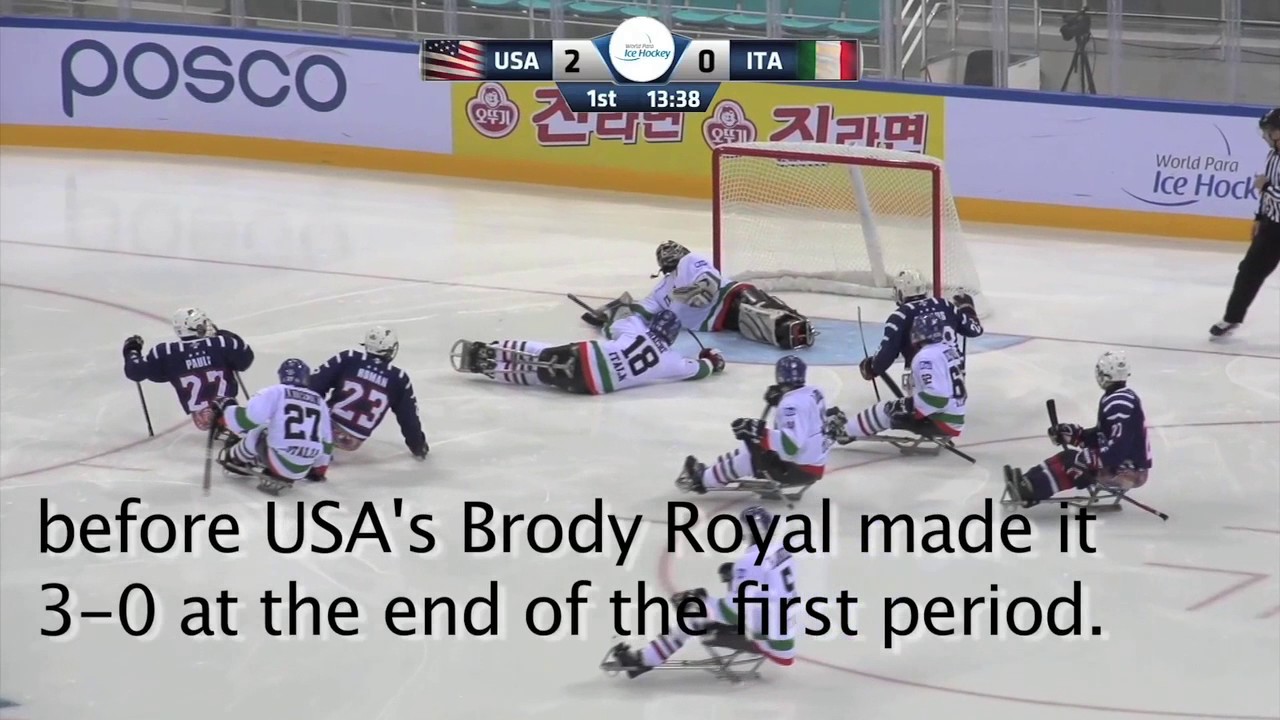 The USA put on a dominant display of scoring in its 9-1 victory over Italy. Nineteen-year-old forward Declan Farmer recorded a hat trick for the second consecutive day, surpassing teammate Adam Page’s mark of the most career points by a US player in World Championship play with 24.

Ten different US players tallied points, as Farmer notched four alone in putting on a stick-handling show, and Brody Royal and Josh Pauls each registered three.

“As a team we were able to move the puck around a lot better than we did against Sweden,” Farmer said. “It was a little bit of an adjustment because we faced more pressure from Italy as they’re a physical team. After a while we were able to get our game going, move the puck around and get some shots off, and I thought we played very well out there.

The USA lit up the scoreboard first exactly one minute into the game when Farmer fired a wrist shot into the net off a pass from his linemate, Kevin McKee. Pauls scored his first goal of the tournament 22 seconds later before Roybal made it 3-0 four minutes after that.

Four different players – Billy Hanning, Adam Page, Nikko Landeros and Farmer – found the net in the second stanza as Italy made a double flip in goal, going from Gabriele Araudo to Santino Stillitano and back.

Italy’s Sandro Kalegaris shot the puck just past goaltender Steve Cash's head with 3:54 left in the second to become the first player to score against the USA in the tournament.

But the defending champions kept charging, with Farmer completing his hat trick in the third period and then Landeros tallying his second goal of the contest to bring USA to nine.

All games from the 2017 World Para Ice Hockey Championships are being streamed live, alongside live statistics at www.Gangneung2017.com