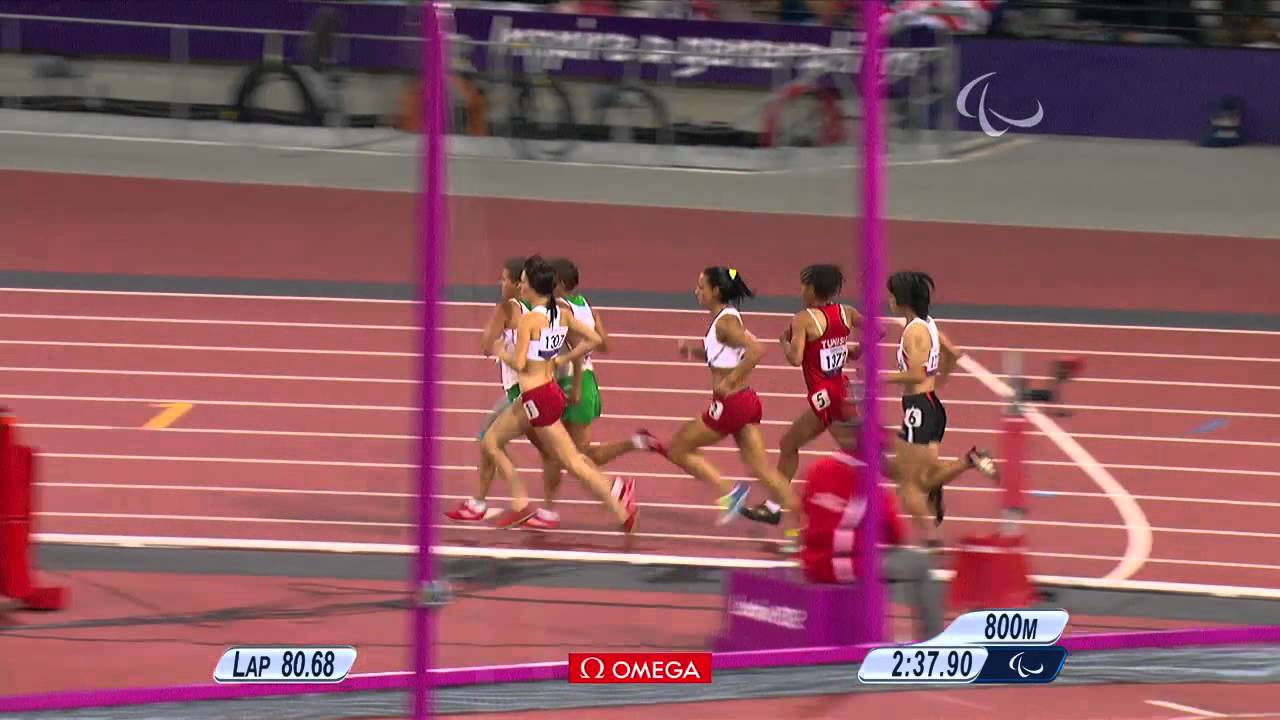 GOLD NIEWIEDZIAL Barbara POL - PolandSI SILVER MELOCH Arleta POL - Poland BRONZE BIACSI Ilona HUN - Hungary Barbara NIEWIEDZIAL (POL) fulfilled her role as pre-event favourite for the F20 women's 1500m, by surging away from her rivals at the bell, after a tactical and slow first 1100m, to win in 4:35.26. Arleta MELOCH (POL) kept relatively close contact with her until the last 150m before NIEWIEDZIAL then changed gear and shook her off, with MELOCH getting the silver medal in 4:39.04 Ilona BIACSI (HUN), whose sister Bernadett came fourth, said "I was hoping for a brighter medal today but I'm fine with the result. Before the last lap there was a change of speed. My sister and I could not keep up. It was too late at the end to catch the leaders." For further information, please visit http://www.paralympic.org. To watch live action and videos on demand of the London 2012 Paralympic Games, and subscribe to ParalympicSport.TV, please go to www.youtube.com/ParalympicSportTV. Also, you may follow the Paralympic Movement on Facebook at http://www.facebook.com/ParalympicGames or on Twitter at http://www.twitter.com/paralympic.