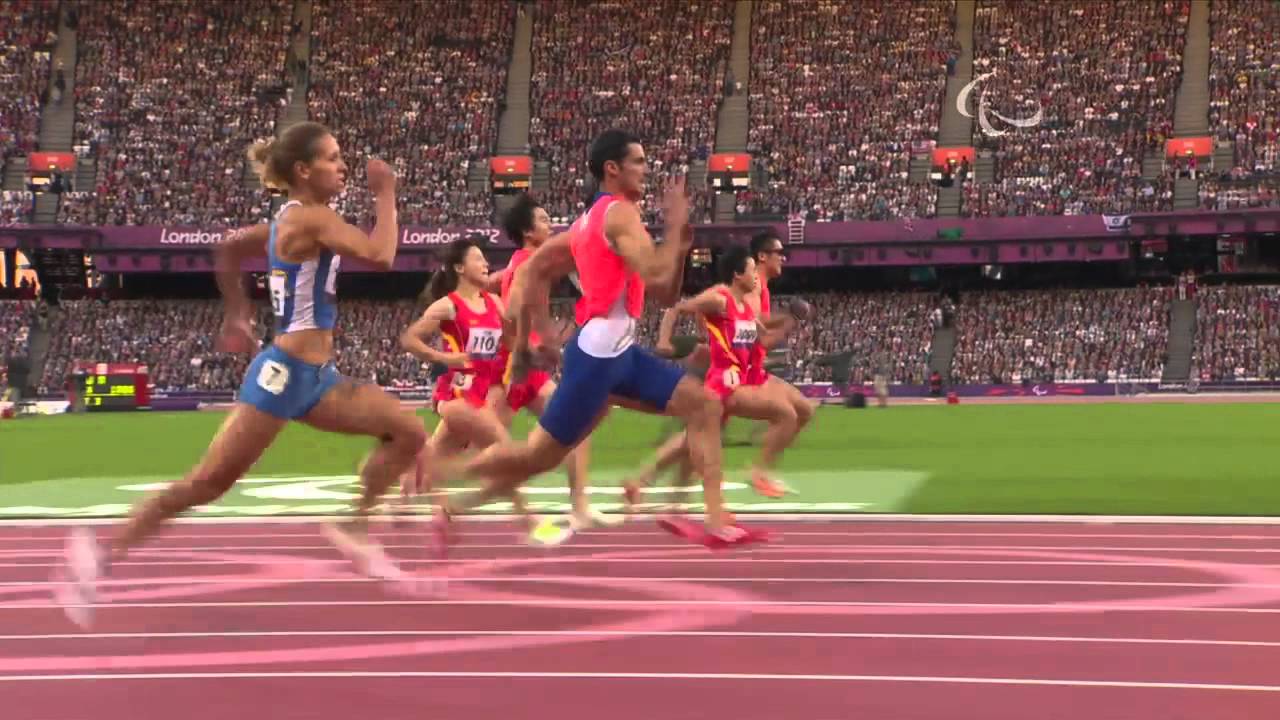 Medallists GOLD EL HANNOUNI Assia FRA - France Guide: SIMOUNET Gautier SILVER ZHOU Guohua CHN - People's Republic of China Guide: LI Jie BRONZE ZHU Daqing CHN - People's Republic of China Guide: ZHANG Hui LONDON, 6 September Assia EL HANNOUNI (FRA) said that London 2012 would be her last Paralympic Games but breaking the T12 women's 200m world record with a time of 24.80 and retaining the title she won in Athens 2004 and Beijing 2008 may convince her to reconsider. If this was her last international appearance, it was a fitting way to bring down the curtain on an outstanding career in which she has won eight gold medals across three Games. She had to work hard for her final victory, though, and only overtook ZHOU Guohua (CHN) 30m from the line, the Chinese athlete finishing second in an Asian record 24.66. "Finally my guide has a gold medal. We have a world record (24.46 seconds) and a gold medal. We came last off the turn. You thought I wasn't going to make it, but I knew I would." For further information, please visit http://www.paralympic.org. To watch live action and videos on demand of the London 2012 Paralympic Games, and subscribe to ParalympicSport.TV, please go to www.youtube.com/ParalympicSportTV. Also, you may follow the Paralympic Movement on Facebook at http://www.facebook.com/ParalympicGames or on Twitter at http://www.twitter.com/paralympic.