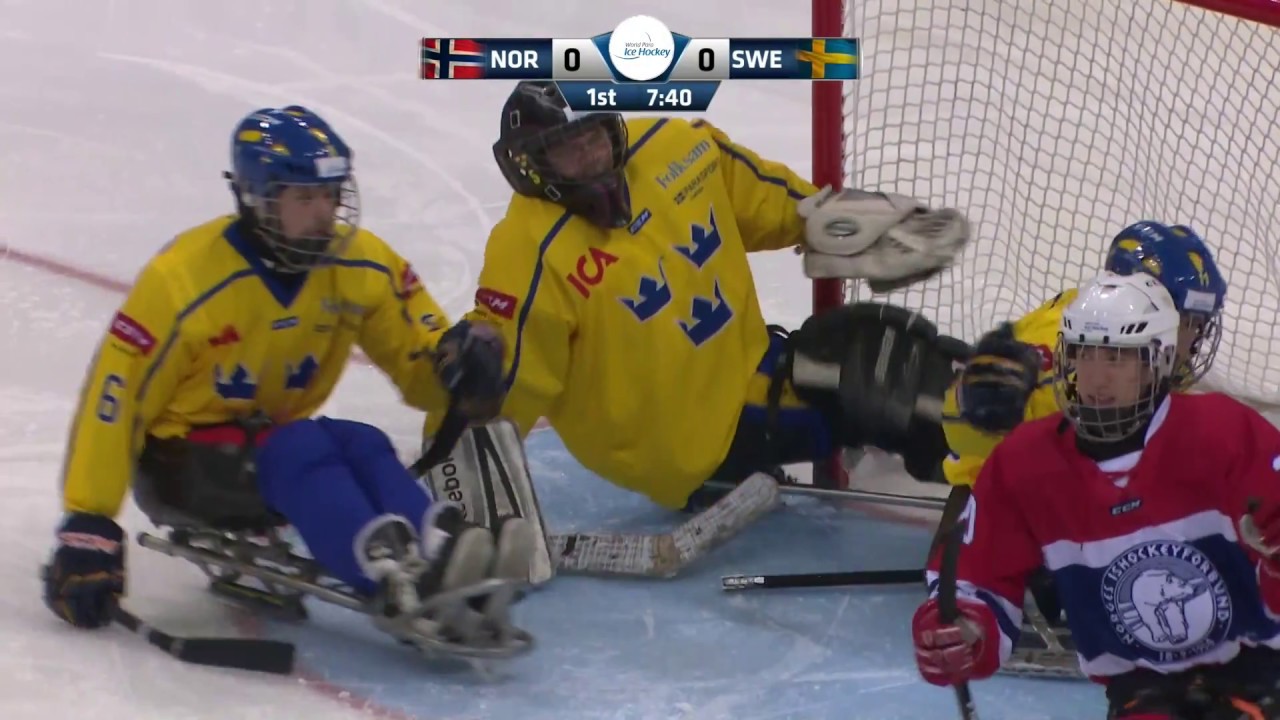 “It was amazing to get the hat-trick,” Solberg said. “I feel great, but it was all of us boys doing it together. It’s a team sport, so it didn’t matter which of us got the goals because it was a team victory.

“We had a little bit of a problem with our play in the start of this tournament, but we were able to fix that out here tonight.”

Norwegian forward Ola Oiseth, who returned to play after being carted off the ice the night prior with an injury, doubled his team’s lead 1:26 into the second stanza with a helper from Audun Bakke.

Sweden’s Rasmus Lundgren, known as the youngest athlete to compete at the Torino 2006 Paralympics, had perhaps the most impressive shot of the day a few minutes later. The 25 year old powered the puck from nearly the neutral zone all the way into the top of the net.

But Solberg scored twice more in the final six minutes of the period to cap off his hat-trick and push Norway’s lead to three.

In the third period, 17-year-old Emil Vatne and dual-sport athlete Thomas Jacobsen both found the net to provide insurance for Norway.