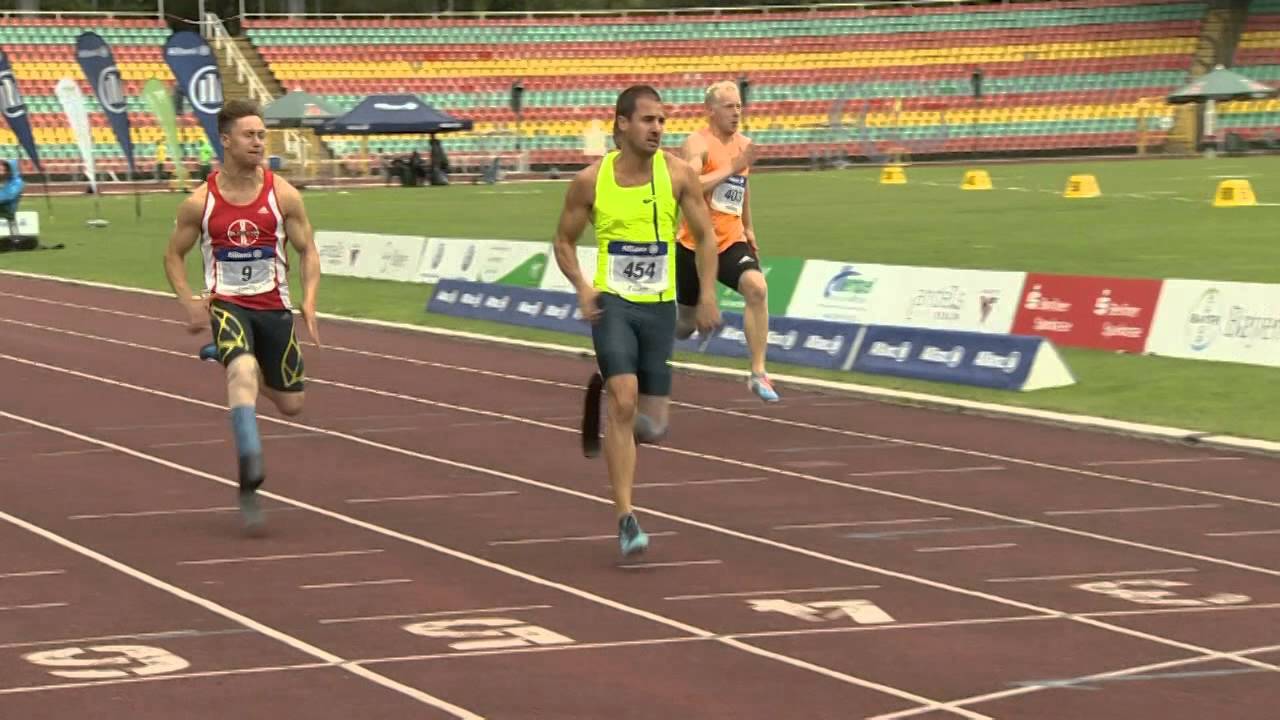 The final regular-season IPC meeting of the year took athletes to the German city of Berlin. Some 570 athletes from 34 countries looking to fine tune their preparations ahead of the European Championships in Swansea, now just two months away. World record holder Markus Rehm headed into the men's T44 long jump carrying a back injury. But roared on by home support and with a little help from the wind, he took first with a distance on 7.88meters. "the conditions were quite different. It was a bit cold and the wind changed -- headwind to tail wind so, the first two jumps I had a little problem with the run up and was a bit over the board so that was a fault but the jump was quite good. It was 7.88 so it's seven centimetres from my best. This is the peak of training and I'm trying to be in the best shape and maybe I can go for a new record -- that would be really great." Marlou van Rhijn of The Netherlands is another European who will be out to impress as she prepares to defend her T43/T44 100 metres title in Swansea. The Paralympic and world champion set a world record 12.96sec in Berlin last year. And having initially been challenged by Germany's Irmgard Bensusan, van Rhijn dug deep to take the win and put herself in pole position for the Euros. "It was a pretty tough race. There was a lot of wind and I felt it didn't really come together so there's room for improvements. This is the last competition for now and then I go back in training and then head onto Swansea." The weather conditions also played havoc in the men's discus. Great Britain's F42 world and Paralympic champion Aled Davies will be competing on home soil at the European Championships. And he warmed up in style, throwing 45.95m "It's always good coming to Germany and competing against some incredible athletes. These Grand Prix seem to be growing week by week so it's good to be part of a great event. I love coming to Germany. It's one of my favourite locations. The vent for me probably wasn't my greatest -- a few technical problems but its always good to have them now rather than later. If I performed like I did today in the European championships I'd be very upset but you can't be the best every day and these are learning curves. I'd rather make the mistakes now than later. " T44 sprinter Germany's Felix Streng made a name for himself at May's IPC Athletics Grand Prix in Grosseto, Italy, by winning the 200m. London 2012 bronze medallist Arnu Fourie lost out to him in that race, but got his revenge here. "I had a great start but the wind was too heavy and Arnou took away and I tried to hold on but he was too fast." "I was hoping conditions would be a little bit better to run some fast times today as here in Berlin it's usually quite fast but the conditions aren't that great. I'm happy with how the season is turning out." In the men's 100m T54, Finland's European champion Leo-Pekka Tahti came out on top. The four-time Paralympic champion secured securing three wins in the last meeting in Tunis and looked impressive again here. Hosts of the 2016 games in Rio, Brazil witnessed and impressive winning streak. Lucas Prado took on compatriot Felipe Gomes over 100m in the men's T11, beating him to the line in 11.44 seconds. Another of the country's hopefuls, 18-year-old Veronica Hipolito beat British world Champion Sophie Hahn in the women's mixed classification. And Brazil looks like it has every reason to aim for gold, with two-time world champion Terezinha Guilhermina edging out a close battle with Great Britain's Libby Clegg. Continuing the Brazilian success on the track was double world champion Yohansson Nascimento, to round out the country's success. - Hoping to one day hit those heights is Molly Hopkins. The 11-year-old is an aspiring Paralympian and secured a one-off trip to Berlin to meet her idol Marlou van Rhijn. The Swansea local is sure to be a front row spectator at the European Championships in her home town in August.