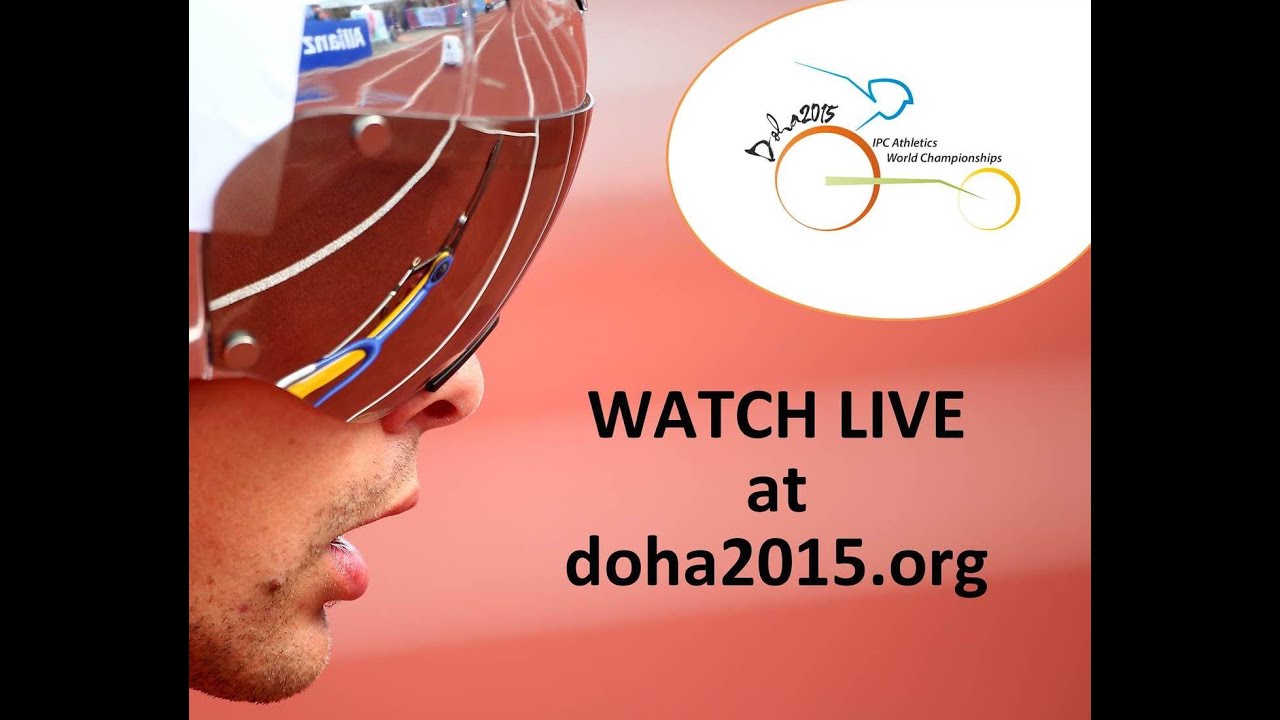 The International Paralympic Committee has announced it will livestream all 70 hours of live action from the 2015 IPC Athletics World Championships which will take place in Doha, Qatar, between 21-31 October. Around 1,400 athletes from 100 countries will be in Doha to contest 214 medal events in the final major international event ahead of the Rio 2016 Paralympic Games. All morning sessions starting from 08:30 CET and all evening sessions from 15:00 CET will be streamed live with commentary at www.doha2015.org and via ParalympicSport.TV. One of the most anticipated races from Doha 2015 is the final of the men’s 100m T44 which will take place on Thursday 29 October. It will pit US world record holder Jarryd Wallace against his teammate and former record holder Richard Browne. With Germany’s Felix Streng and Brazil’s Alan Oliveira both also going under 11 seconds this year, there is a strong chance Wallace’s record of 10.71 seconds will be broken. Great Britain will be hoping for gold medal success on the first day of competition with Hannah Cockroft and Aled Davies looking to defend their respective 100m T34 and shot put F42 world titles. The world’s fastest female para-athlete Cuba’s Omara Durand, who set new 100m and 200m T12 world records at Toronto 2015, will be in action for the first time on Friday 23 October when she goes for gold in the 400m T12. On the same day Ireland’s Jason Smyth, the world’s fastest male para-athlete, will go for gold in the 100m T12 hoping to add to the world titles he won in 2006 and 2013. Switzerland’s defending world champion Marcel Hug and Great Britain’s Paralympic gold medallist David Weir will lock horns over 1,500m T54 on Saturday 24 October. It will be the first time the rivals have raced against each other in a major international track competition since the London 2012 Paralympic Games. Also on Saturday, Dutch blade runner Marlou van Rhijn will begin her campaign to win three sprint world titles when she competes in the 200m T43/44. In addition to the livestream, IPC Athletics in conjunction with BP will also be producing a daily five minute news bulletin for social media which will cover all the best of the action from Doha. About IPC Athletics The International Paralympic Committee (IPC) is the global governing body of the Paralympic Movement, and also acts as the International Federation for 10 sports, including athletics. The sport is governed by the IPC and co-ordinated by the IPC Athletics Sports Technical Committee, offering a wide range of competitions and events for male and female athletes in all impairment groups. For further information, please visit www.ipc-athletics.org, www.twitter.com/IPCAthletics, www.facebook.com/IPCAthletics or www.ParalympicSport.TV.