Evan O'Hanlon: What You Don't Know About Me

The Australian Paralympic champion tells the world five things it doesn't know about him. 13 Feb 2012
Imagen 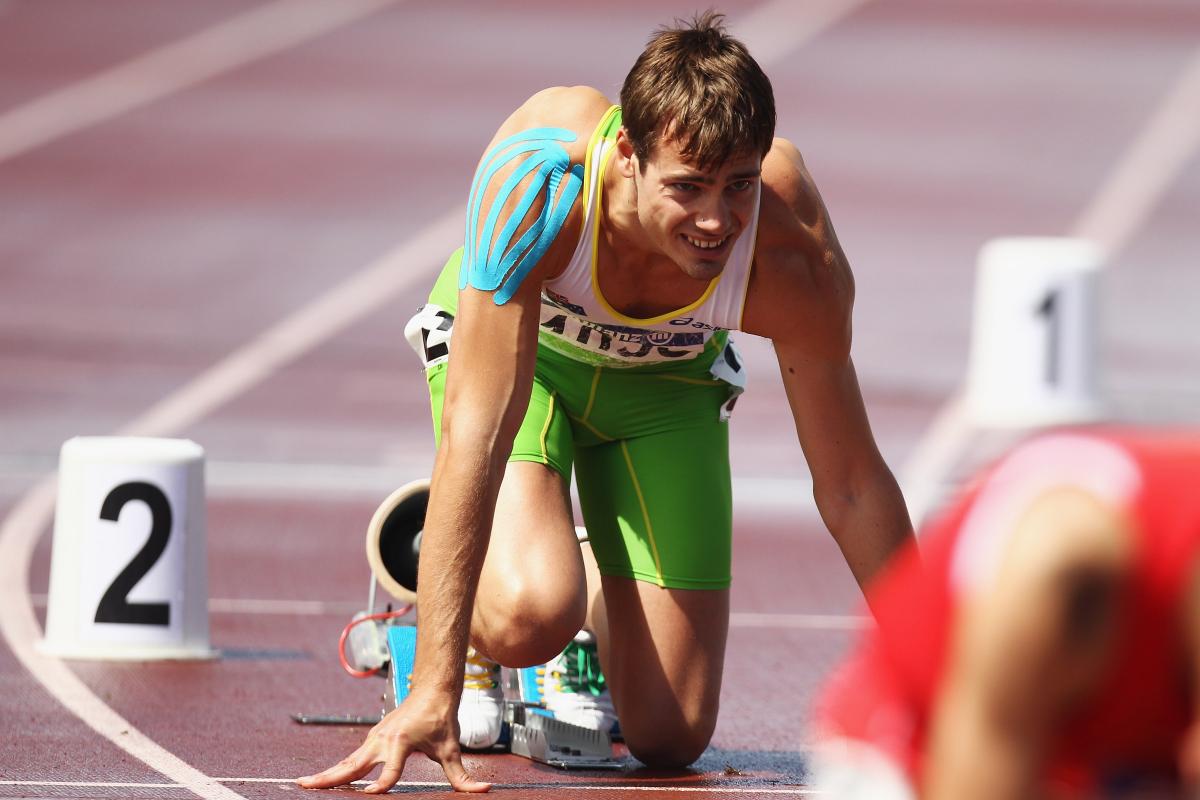 The best thing about the internet is that you can find anything about anyone.

It basically has made being a stalker a lazy job because nobody needs to go and climb a tree to see into somebody else’s life anymore, all they need to do is Google their name.

For example, if you wanted to know a little bit about me you can find my height, my weight, my personal bests, my story, what category I compete in, what I like to do, who my role models are, my favourite quote, my most memorable sporting moment, who my coach is, where I was born, where I currently reside, my hopes for my sporting and non-sporting future, who I train with, what my favourite food is, what I like to watch on TV, how many sisters I have, and most importantly what my fact of the day on my Twitter countdown is.

1. When a pastry/cake at a cafe is served with a serviette between it and the plate:

I mean what are they thinking, they have basically just wasted a serviette because who is going to use it? And how? If you go to the trouble of lifting up the cake to get it out and place it on your lap (as good table manners dictate), you will inevitably end up with cake on your pants because it's already dirty. If you leave it where it is and try to eat your cake on top of it, you will end up eating some of the serviette fluff.

2. The odd number of Tim-Tams in a packet:

Don't get me wrong, I love Tim-Tams. They are quite definitely the King of biscuits, but they are so good that you must share them and how can you do that if there are only 11 in the pack? Are they trying to make us fat by encouraging us to buy two packets so we can get an even number? Sure, you can cut the last biscuit in half, but who eats half a Tim-Tam? For those of you that haven't tried a Tim Tam get on the Internet and order what is possibly one of the best reasons to be Australian and you will soon find out why it is so annoying that they come in a pack of 11.

For anyone who doesn't know, Chuck Bass is a character in the series Gossip Girl, and yeah, I'm not ashamed to admit that I watch Gossip Girl. Don't get me wrong, I love his character; he knows what he wants and he will do anything to get it, no matter what anyone else's opinion is on the matter. The only thing I don't like is that whenever he talks I half start to imagine Batman facing off with The Joker or start raving on about the criminals of Gotham City rather then the intricate social goings on of Manhattan’s Upper East Side.

It's not that I don't like buying flowers for my girlfriend – who is gorgeous by the way – but buying flowers on Valentine’s Day just doesn't do it for me. First, I'm not a morning person and there is not point buying the flowers the day before because everyone knows that flowers die and that boys don’t have a clue how to care for them. So if you were to buy your flowers early they would inevitably be half dead by the time you gift them. This means that you will have to get up early to go to the florist, leading me to the next issue: the line at the florist. You've dragged yourself out of bed and made it to the florist only to stand in a line for up to half an hour, all of which has most probably been done on an empty stomach, I mean how is a man supposed to function without a coffee? On top of the wait and early start you then realize when you get to the counter you are paying at least twice the usual price for flowers with half the service. To keep the line moving, the florist is doing the least amount of arrangement possible and quite often doing away with the seemingly mandatory bow and coloured wrapping all together. However, all of this I could put up with to make my girlfriend feel special, but does she really feel special when every other guy in the world is giving their special someone almost an identical set of roses? If I were a girl, I think I would much prefer flowers on any other day of the year because I would know that my boyfriend didn't just buy them because he felt socially pressured.

5. Running out of gas for the barbeque:

It has to be one of the worst things that can happen to you without needing to call the police. You haven't been in a crash, nothing’s been stolen and you haven't been physically hurt, (save perhaps your hungry stomach), but your day has still been ruined. If you’re having a barbeque, your’e usually entertaining guests, but even if your not, you've already bought all the food to go on the barbeque. The guests or yourself are already hungry by the time you go to turn on the barbeque because you've either been talking up your barbeque skills all afternoon or at least been bragging to your co-workers about the great piece of meat you are just about to start cooking. I’ts then, at that exact moment you touch the gas bottle, even before you've tried to ignite the barbeque that you realize there is a chance that you don't have any gas or even worse still, you have some gas, but not enough to finish cooking the meal. Nobody checks the gas before then and if you do, sorry, but please get a life, the rest of us are busy. It’s then that your whole being is scared to the point of stiffness, because you are about to let down a whole party worth of people who have been waiting in anticipation of their meal. If that bottle is empty you will be compelled to drive to the nearest service station and refill the bottle. Maybe someone could make an app to fix this problem? Now that I would buy!

So there you are, now you probably can find a list of five things I don't like on the internet.

Wow, I think I just improved the internet by filling one of the small holes. I hope I didn't come across as a whiner, I just felt like that was a good way of putting something about myself out there that hasn't been previously read.

Maybe next time, I'll lighten the mood by talking about things I like.