Sam Ingram: My journey to London 2012

Great Britain’s judoka Samuel Ingram surprised everyone in Beijing 2008 by taking bronze. In London he’ll compete in the -90kg category in front of home crowds. 29 May 2012
Imagen 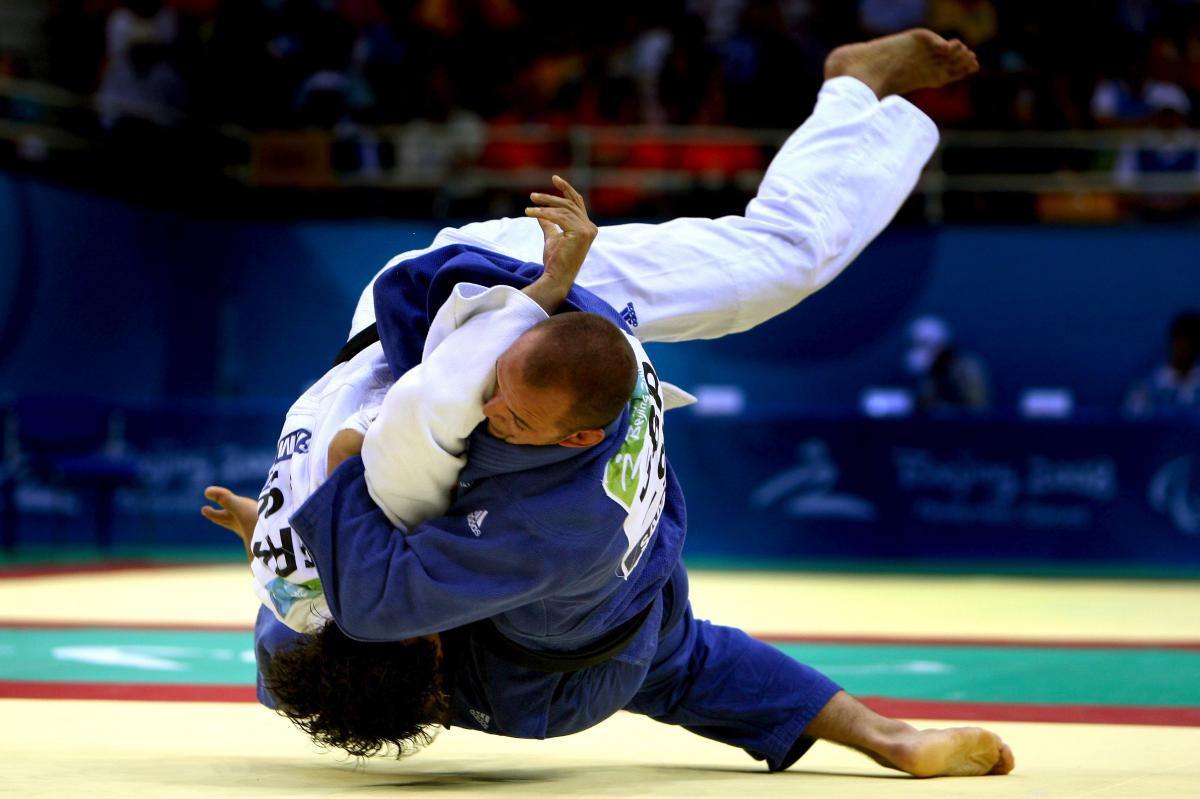 " I trained harder than I had ever done before and I was in the best shape of my life whilst pushing towards Beijing."

From the sunny beaches of Falmouth Cornwall, to the historical city of Edinburgh, my journey to become a full-time British athlete has been a whirlwind of excitement and opportunity.

The first time I stepped onto the Tatami (Judo mat) was at Coventry Judo club in my hometown. It was my summer break between the transitions of college to the University of Falmouth, Cornwall. My older brother Joe had been attending the club as a recreational player and suggested I should come and give judo a go.

At the age of 18 I was a latecomer to the sport, but I fell in love with Judo from the get-go. After that summer break I was a little sad to be leaving my hometown for university, leaving behind my new-found favourite sport and club friends.

Falmouth was a far cry from the city lifestyle I was familiar with, but it was a nice change of environment. There were, however, no judo clubs around the local area that catered for adult judo to the level that I had been familiar with in Coventry.

I decided to forget about judo and knuckle down with my course, which was Broadcasting: I had aspersions to work in radio production.

I would never have imagined the path that lay ahead of me. After my studies, I went home to Coventry to consider my future, to start a career and my adult lifestyle.

I attended my old Judo club to keep me occupied. I became more and more involved with my judo training. I started to consider that in the future I might be able to compete to a decent level, as long as I did the work required. I never really considered how my visual impairment would affect my sport, until the Paralympic coach came to see me whilst training.

Little did I know, but in the near future I would be representing Great Britain as a Paralympic Judo athlete. As the new boy on the Judo squad, there were no expectations from my coach or counterparts, yet I managed to secure a last minute qualification for the Beijing games.

At this point I took the decision to move to Edinburgh and train out of the Edinburgh Judo Club and Judo Scotland. I trained harder than I had ever done before and I was in the best shape of my life whilst pushing towards Beijing. To the surprise of the team and myself I won a bronze medal.

This was a very special time for me, building my confidence whilst opening the doors as to what I could achieve as a judo player. At this point I was a beginner. I had worked hard to become strong and athletic, qualities I could build in a short period.

Judo is a multi skilled sport. Becoming athletic is the easy part; building personal judo skills and understanding the complexities of the sport is the hard part.

With respect to other sports, judo isn't a sport one would pick up with ease. We all understand the basic fundamentals of how to run or how to throw something. These are somewhat natural human abilities. Becoming technically capable at these is in itself impressive. But judo is something different: the way in which a judo player moves his body, how he understands the distribution of body weight, movement and speed - these skills are not easily taught or learnt.

Sure, some people pick the basics up quicker than others, but judo is a life-long journey and it takes many years to become proficient.

Nearly four years have past since that point and with it a World silver medal and my latest achievement of becoming European Champion. Next it's to London, in front of my home crowd, everyone that has helped change my life from an average student to an elite athlete.

The date is set and the dust is about to settle. On the 1 September 2012 we shall see if the hard work will pay off!