Archery a Full-Time Job for Stubbs

British archer John Stubbs was officially selected to compete in at London 2012 this week, where he hopes to defend his Paralympic title. 25 May 2012
Imagen 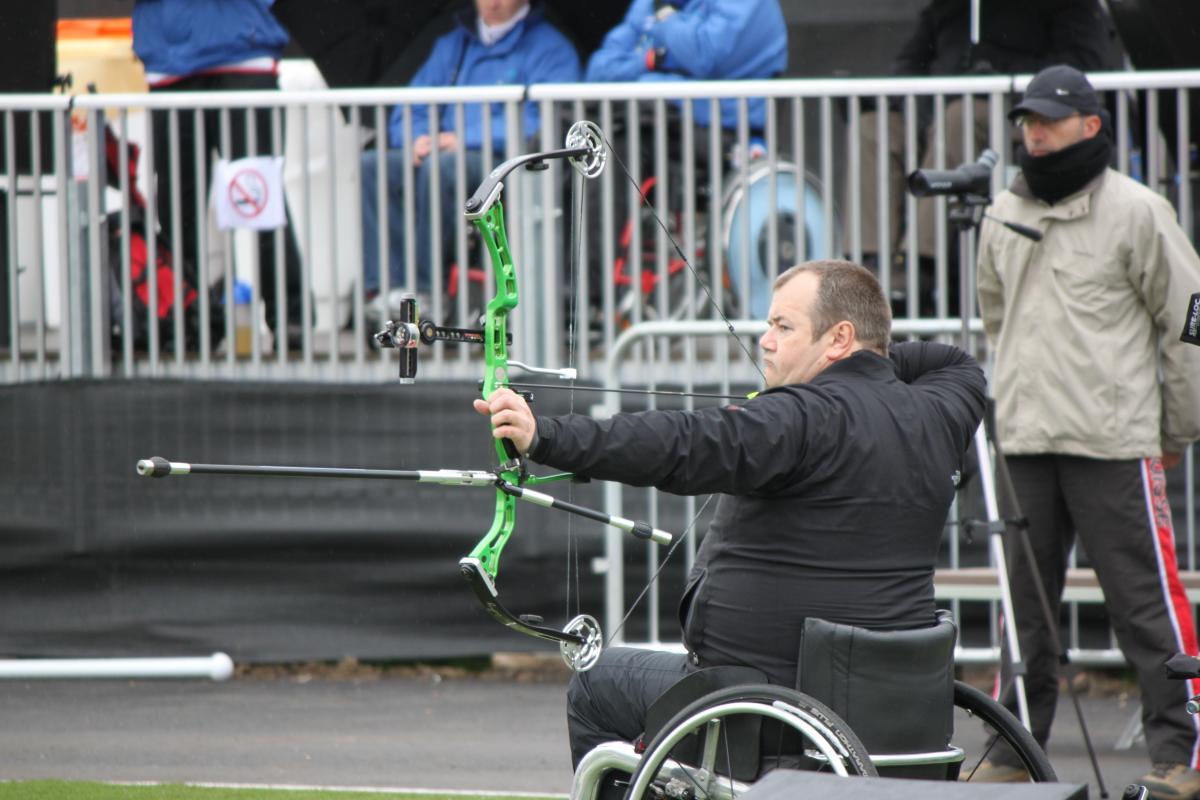 Great Britain's John Stubbs, who was officially named to the country's London 2012 Archery team on Thursday (24 May), will be spending the next three months shooting arrows at a target for six hours a day.

That is 360 minutes of sitting in his wheelchair, pulling back the bow and keeping his eyes secured on the target in front of him.

"I'm quite boring," Stubbs chuckled. "All I do is shoot arrows."

But if everything goes according to plan and Stubbs defends his Paralympic gold medal in the men's individual compound open on 3 September, then nobody will think he is boring.

Stubbs, who lost a leg in a car crash at the age of 24, took Archery up in 1996 purely for recreation, but by 2000 already found himself competing in the World Championships in New Zealand. By 2005 he was world champion and won Paralympic gold three years later in Beijing.

In between all of that, he picked up a Member of the British Empire (MBE) award from the Queen for his services to disabled sport and Archery.

Stubbs insists that Archery is both a hobby and an occupation for him.

Stubbs was one of the 30 athletes Great Britain added to its London 2012 squad this week, as it named its squads for Archery, Goalball and Shooting.

Stubbs recently had time to shoot in the Royal Artillery Barracks - the London 2012 venue - at the test event, where he fell short to his arch rival Philippe Horner of Switzerland.

"I let the commentator get into my head, and I learned from that and I'm going to be using that now in my training going forward into the London 2012 Games," Stubbs said. "Hopefully with that I can take it forward and defend my championship."

To spice up his training regimen, Stubbs hopes to include more weight training in his schedule the next few months with a specific purpose of replicating holding and shooting the bow with the right muscles.

Despite all the talk of his competitors, he insists he will be competing against himself more than anyone else.

"I'll compete against scores that I shot against fellow competitors," Stubbs said. "I've got my scores for what I need to compete against, and I'll be treating every shoot now as a head-to-head match."

No matter the result, though, Stubbs believes this edition of the Paralympic Games will be like no other and will be a breakthrough for Paralympic Sport worldwide.

"Really being at home, it's extra special," Stubbs said. "London 2012 will be a great spectacle to put disabled sport firmly on the map."

John Stubbs of Great Britain in action on his way to winning the final of the Men's Ind. Compound - Open in the Archery event at the Beijing 2008 Paralympic Games