The leading defender on the Czech Republic’s ice sledge hockey team may fly under the radar, but he has been key to the programme’s growth. 05 Dec 2012
Imagen 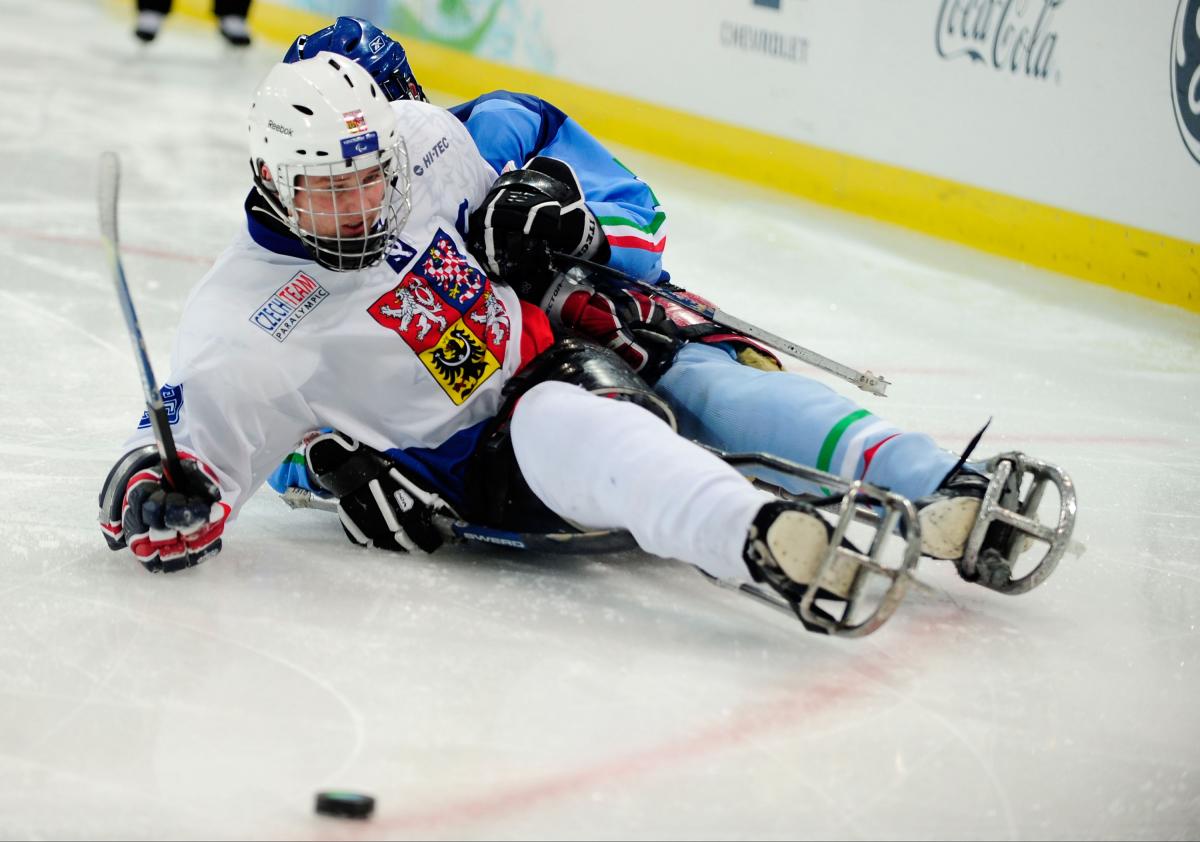 “It's not going to be easy, but a ticket to the Paralympics is a great motivation.”

The Czech Republic’s Pavel Kubes is tough on himself.

Hamar, Norway – insists his only strength on the ice is his game-reading skills.

But when you ask him what his weaknesses are, he will reel off an entire list for you.

He wants to improve all of those aspects of his game before he leads his team to the 2013 IPC Ice Sledge Hockey A Pool World Championships in Goyang City, Korea, in April.

“It's not going to be easy, but a ticket to the Paralympics is a great motivation,” Kubes said.

The defenseman will get his first taste of competition this season when the Czech team travels to Moscow, Russia, this week for the New Year’s Cup.

At the three-day tournament that starts on Saturday (8 December), the Czechs will have the chance to face Russia, which recently won the B Pool World Championships in Novi Sad, Serbia, as well as Great Britain, Estonia and Sweden.

“I´m looking forward to it,” Kubes said. “It will be a little test before Korea. I know that there will be a few players missing, but some new line-ups will be tested.”

Kubes, whose left leg was amputated after a motorcycle accident, has played ice sledge hockey since 2004 and was a part of the national team that finished fifth at both the 2009 World Championships – which they hosted in Ostrava – and the Vancouver 2010 Paralympic Games.

The 29-year-old is not known for his shooting, and so the fact that he scored only one goal each in Ostrava, Vancouver and Hamar comes as no surprise.

He said he prefers to leave the offensive attack up to Michal Gaier and Zdenek Habl, as they are known for their speed and find each other well on the ice.

Kubes himself may be one of ice sledge hockey’s best kept secrets, though, as he is not always in the spotlight but can be credited for much of his team’s growth and success over the past decade.

Arguably, along with the USA’s Taylor Chace, he is one of the world’s top defenders in the game.

He typically focuses on keeping the puck on the proper half of the ice and has been seen to single-handedly fend off an opponent’s attack.

In the meantime, he also works as a carpenter – currently finishing his family’s new home – the manager of an ice sledge hockey club in Pardubice and is the father of a one-year-old son.

At this time next year, he hopes to be sitting pretty with a World Championship medal displayed proudly in his new home.