Japanese powerlifters have one eye on Tokyo 2020

A delegation of eight powerlifters are in Dubai for the 2014 IPC Powerlifting World Championships, looking to show their potential for development ahead of their home Paralympic Games in 2020. 03 Apr 2014
Imagen 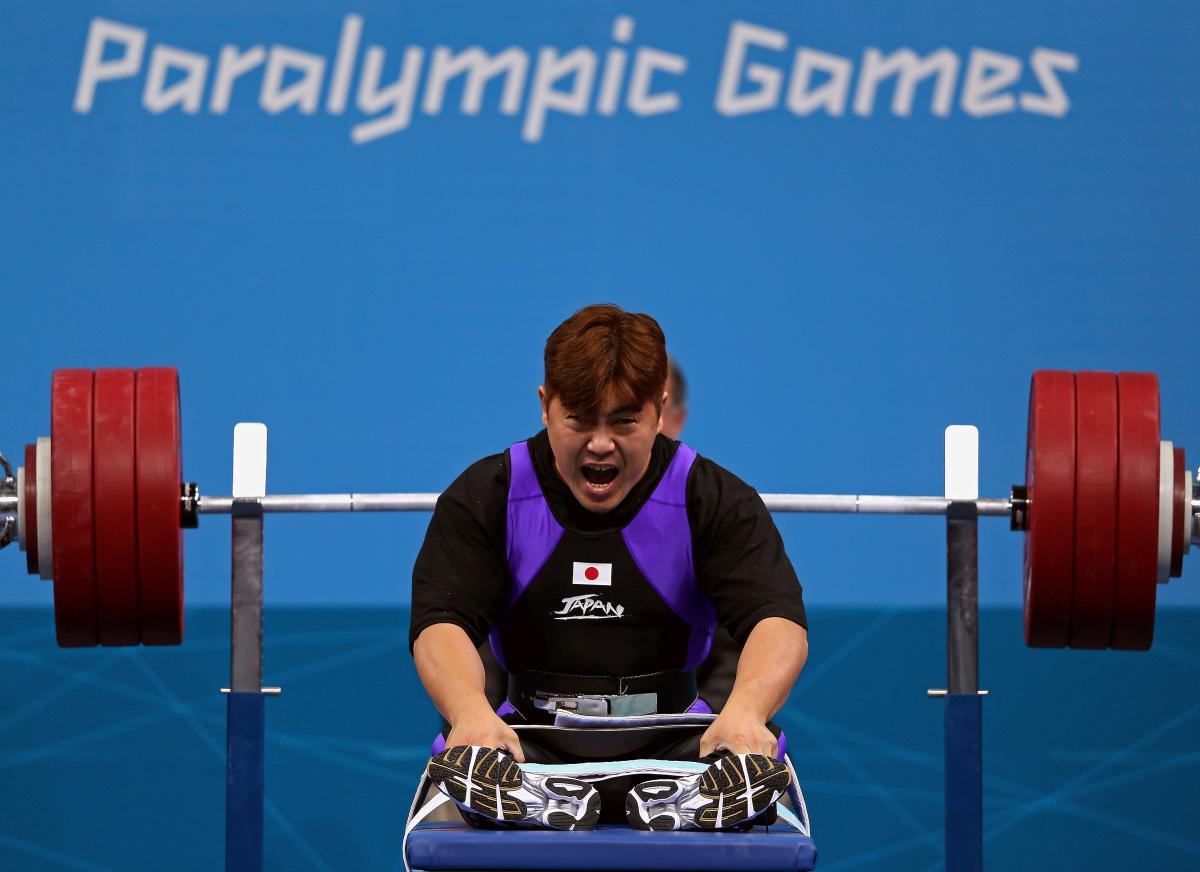 Hideki Odo of Japan is part of a team of eight athletes looking to climb the ranks of powerlifting in the years before Tokyo 2020.

ⒸGetty
By Luke Jackson | For the IPC

Odo is a serious character, and to reach his goals he always trains extremely hard.

The 2014 IPC Powerlifting World Championships are under 24 hours away and the event is expected to bring together around 360 athletes from 67 countries, including the hosts of the 2020 Paralympic Games, Japan.

Hideki Odo, 39, who is a former martial artist, will be hoping to showcase his skills in an attempt to boost his sport’s profile and support in his home nation ahead of Tokyo 2020:

“We don’t have many powerlifting athletes in Japan so one of my dreams is to promote our sport here between now and the Tokyo Paralympics, starting with a good showing at the World Championships.

“The Tokyo Games is my best chance to repay the people for their support over the years and I will be hoping to do my best on the big stage for the fans.”

As he prepares for the World Championships, Odo has admitted that he has been very cautious about his health, something that has held him back in the past.

He said: “First and foremost, I am very careful about my health. I am always doing my best to avoid picking up illnesses and I have learnt to become more patient in training as sometimes I have caused injury in the past by trying to lift too much too early.

“This time around, training has been scheduled perfectly and I had a break mid-cycle to prevent me peaking early at the competition.”

The 2014 IPC Powerlifting World Championships, which will be hosted in Dubai, UAE, offer the participating athletes the first opportunity to begin qualification for the Rio 2016 Paralympic Games.

This extra incentive is likely to entice the competing powerlifters to push one another fiercely and Odo feels that this will give him the chance to feel out his adversaries.

“The World Championships will prove to be a kind of yardstick to see where everyone is at as they prepare for Rio,” he said.

“As I will have the chance to see how well my rivals are performing, this will enable me to make a new training programme and will undoubtedly give me motivation to push forward to the next Paralympics.”

Naotaka Ishida has been Odo’s coach since he was appointed by the Japanese Disabled Powerlifting Federation in 2000.

During that time, they have formed a close relationship which has been built around the respect that they hold for one another, something that Odo believes is paramount to his performance levels.

He said: “I think that communication between a coach and an athlete is the key to success in any business.

“We discuss and decide on our schedules as a team and his word always gives me the confidence and motivation that I need.”

Ishida has been with Odo for two Paralympic Games now, and during this time there has been a visible improvement in his charge’s performances.

He said: “Odo is a serious character, and to reach his goals he always trains extremely hard.

“Sometimes, this has caused injury to himself and when he has been out of action, he has lost his shape.

“However, through experience, we are now able to manage his physical condition much better and as a result of this, his personal records have been improving recently.

Ishida, who is also employed as a professor at Nagoya Art University, has recognised how vital hosting the Paralympic Games in 2020 can be for the sport of powerlifting in Japan:

“At the moment, we don’t have our own training facility, so, each lifter is training in different places throughout Japan.

“Therefore, I am hoping that my team can show what they can really do in the next few years in the hope of getting a facility put in place where we can host our regular camps.”

The 2014 IPC Powerlifting World Championships begin on Saturday (5 April) and run until 11 April.

The competition will be the biggest ever powerlifting World Championships and will be streamed live daily.