After ups-and-downs, US Paralympic medallist finds new purpose in life as an educator  24 Nov 2020

Click here and change your settings to allow marketing cookies to view this content
Paralympic medallist Dartanyon Crockett sought for a new, deeper purpose after retiring from judo
By Aryanna Prasad | For the IPC

Teaching felt like a natural transition for US two-time bronze medalist Dartanyon Crockett after his Paralympic career. When assessing his options, he wanted to focus on empowerment: first physical, then emotional and spiritual. After all, self-empowerment is why he started practicing judo in the first place.

"Sports didn't start off for me wanting to be an athlete — it started off with something I needed for survival," Crockett explained.

Crockett was attacked and robbed one day during his middle school years. After the incident, he told himself he was “never going to be that helpless and scared again.

“I saw my own death that night — I saw myself being murdered that night,” Crockett said. “I had no control, I had no way to defend myself, I had no way of even coping with it after the fact.”

Learning a combat sport was one answer. Judo was the only type on the Paralympic programme, and as it was for athletes’ with a vision impairment, it fit him well.

“Sports not only became a way for me to cope with that and also find some healing with that, but it also became my tool for survival,” said Crockett. “And while a lot of my peers competed and wanted to be the best athlete, even into my professional career, seeing that athlete mindset… I adopted it, for the most part, but my reasons for competing and my reasons for training as hard as I did was as if my life depended on it.”

It did even more when he was in high school in Cleveland, USA. After his mother died when he was 8, Crockett was raised by his father, who struggled with substance abuse issues throughout his childhood. A mix of loss, neglect and a near-death experience was challenging for Crockett. Sport helped him cope.

Crockett's journey led him through a wildly successful eight-year run as a Paralympian, earning bronze medals in the 2012 and 2016 Paralympic Games. After retiring from sports in 2018, Crockett's life stood uncomfortably still. It was then that unresolved trauma from his childhood came flooding back in the form of negative thoughts and painful memories. Crockett realised his athletic career had been concealing a dark inner truth.

"After I retired and slowed down, that's when everything came to the surface all at once and no amount of working out, no amount of getting to the gym or doing judo practice was going to help me clear any of that or move through any of it," Crockett said. "As I was going through my athletic career and building all this muscle and getting as strong as I possibly could, I was building armor around a lot of the trauma that had happened to me throughout my childhood. After I retired, I began losing weight, and I also began shedding trauma as well."

Crockett also realised he could not remember the seven-year gap in his memory from age 8 to 15, a common symptom in complex post-traumatic stress disorder. At 27, he fell in a dark place.

"After high school, the Dartanyon I knew in Cleveland had to completely change, and I began to be Dartanyon, the athlete training for Paralympics," Crockett explained. "Then giving my entire self to that, after retiring almost abruptly, I didn't know who to retire to. I didn't know who Dartanyon was."

Crockett soon began to look within, reflecting on the tragedies that shaped him. That introspective path led to social work, then to sociology. Once he began to understand the effects of trauma, Crockett slowly began to heal.

Equipped with a sociology degree, Crockett set out on helping others like himself. He wanted to serve as a role model who could educate and uplift children, something he felt missing from the Cleveland education system.

"I bring a very unique skill set to my school," Crockett said regarding his background. "Not only from the research that I've done, but being a professional athlete and a Black man and seeing that there aren't many athletes who go into teaching — let alone athletes who spend a good chunk of their life researching trauma like childhood trauma and bringing that into education as well."

Currently he is a programme manager at YESS Institute, an educational institution that teaches a social and emotional learning curriculum. It is a new rewarding feeling, to help youngsters in difficulties he himself can empathise with.

"Once I found my peace, I found that in it, there's more power than I even knew what to do with at a point in time,” he explained about his retirement. “Not only does it feel empowering, it feels that it's what I'm supposed to be doing. It feels like I've stepped into my purpose, and I've created the best intention around doing so." 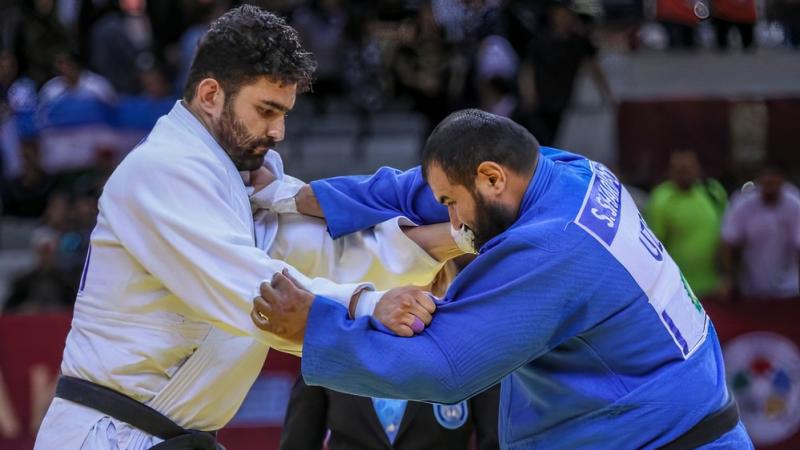