At three regional Championships in the Americas, Asia and Europe as well as the Parapan American Games in 2015, powerlifters set an incredible 16 senior and 14 junior world records.

The performances of athletes from around the world enters at No. 33 in the International Paralympic Committee’s Top 50 Moments of 2015.

Perhaps one of the most thrilling records came from Azerbaijan’s Elshan Huseynov in the men’s up to 107kg at the 2015 IPC Powerlifting European Open Championships which concluded on 28 November.

Huseynov was trailing Greek world champion Pavlos Mamalos throughout the competition in Eger, Hungary. The 2013 European champion could not catch Mamalos in the first three rounds, losing his title.

But then, just as everyone thought the competition was over, Huseynov came back out and stunned the crowds with a fourth round lift of 243kg. Mamalos, whilst still taking the European crown, had received a very clear message.

A further three world records were set in Eger.

China stole the show from the European lifters with three record-breaking performances.

Leading their charge were a series of athletes who have not been dominant since they won gold at their home Paralympic Games at Beijing 2008.

Cuijian Xiao was amongst them in the women’s up to 55kg, hauling 126kg to add to her Asian Open title from July.

The competition leading the way for number of world records was the 2015 IPC Powerlifting Asian Open Championships in Almaty, Kazakhstan.

With eight senior and four junior world records each across twenty events, the competition produced the most impressive performances of the year.

Amongst them was Iran’s Paralympic and world champion Siamand Rahman once again adding to his men’s over 107kg world record for the eighth time in the space of 15 months.

Rahman warmed up at the Baluan Sholak Sports Palace with a 270kg first lift, before setting about breaking the record in the second round by adding 1kg onto his former 292kg best.

Sensing the crowd wanted more, Rahman decided to go for broke in the third and final round, successfully pushing 295kg to write his name into the history books once again.

In the Americas, Amalia Perez broke the women’s up to 61kg at the Toronto 2015 Parapan American Games and a further two junior world records were set at the Americas Open Championships in Mexico City.

Egypt’s Sherif Othman also deserves a special mention for breaking the men’s up to 59kg world record for the first time at a World Cup in Dubai, UAE, in March.

Powerlifting
Rahman king of the powerlifters at Almaty 2015
Imagen 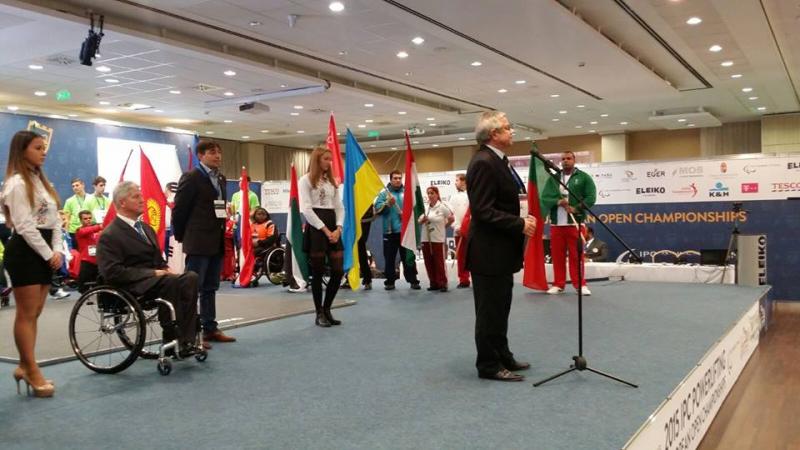