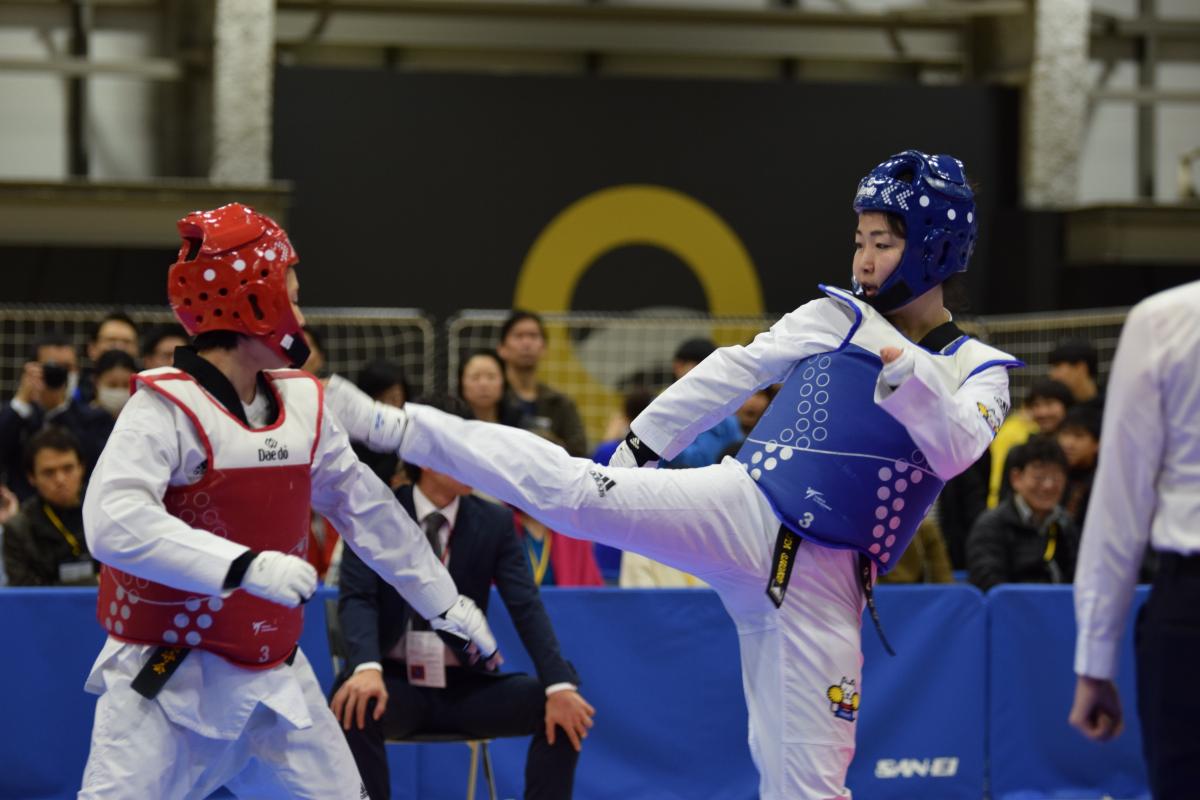 Shoko Ota in action.
ⒸJapanese NPC
By AMP Media I For The IPC

Shoko Ota is one of Japan’s most fascinating Paralympians. A three-time competitor in the winter Games as a cross country skier and biathlete, appearing at Turin 2006, Vancouver 2010 and Sochi 2014, she is now set to line up at her first Paralympic Games. Ota has swapped skis for the taekwondo mat, and will definitely be one to watch at Tokyo 2020.

She hasn’t found the switch too difficult. “As soon as I kicked the [taekwondo] mitt with a good sound, I realised I was good at it,” she said. “What I like about Para taekwondo is that anyone can practice together, regardless of age, gender, or disability.

“When I heard that Para taekwondo was going to be an official event at Tokyo 2020, but there were no Japanese players, I wanted to try and experience the sport, and help spread it. I started in the fall of 2015, and I didn’t know taekwondo at all.”

She puts her talent at adapting to different events down to her parents. “I was raised to find the way, to try and do what I couldn’t do,” she said. “And I’d been playing sports since I was little. So I had a good foundation. There are great coaches and teammates around me.” 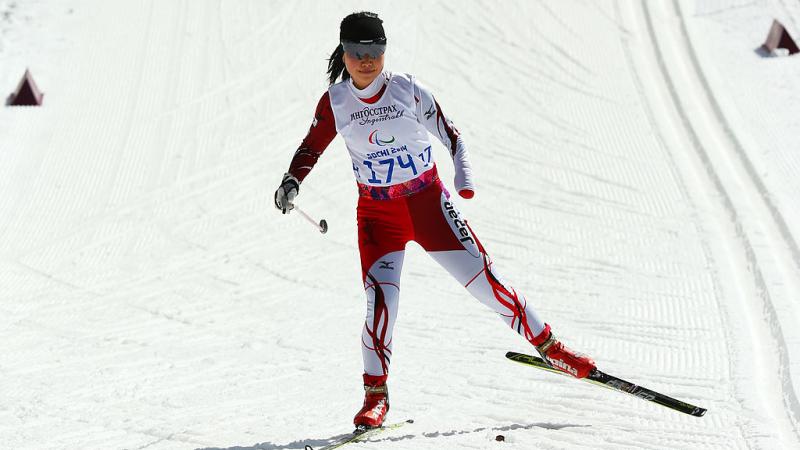 Ota reflects with great fondness on her winter experiences. “I spent about 10 years with many Paralympians and friends, and that has been an irreplaceable treasure,” she said. “That experience still supports me.”

At Turin, she had become Japan’s youngest winter Paralympian. “I had participated in ski competitions with able-bodied people since I was little,” she said. “And when I was in junior high school, I learned about the Paralympics for the first time. At first, it was a dream that was out of reach. But then that changed to the goal of winning medals.

“From Turin, I can hardly remember the start of the Paralympic Games, because I was so nervous. But the support of my family and friends who cheered me at venue pushed me back. I won the bronze medal in the biathlon, and the view from the podium is still there. I remember it vividly.”

In Vancouver, she upgraded to a cross country silver – thanks to an intensive period of training in the sport’s spiritual home. “After Turin, I studied in Finland, the birthplace of cross country,” she said. “I did that for four years and worked hard. So in Vancouver, I had set the standard for the biathlon competition.”

On the day of the race, however, she was not in her best form. “I couldn’t adjust, and I won the silver desperately,” she said.

Her status among Japanese winter Paralympians was secure, however – and she was asked to carry the flag for Sochi 2014. “That was a lifetime memory,” she said. “It was an opportunity for people from all over Japan to pay attention to cross country.”

Now, however, a different challenge looms: a Games in her homeland, in a brand new discipline. Ota is unruffled.

“The degree of attention is different from other Games – it is at home, and the Paralympics have become more popular,” she said.

“But I am looking forward to competing with rivals from around the world. Having family and friends watching will make me strong. Can I win a medal? Yes. My main rivals are Guljonoy Naimova from Uzbekistan and Amy Truesdale from Great Britain. But I can do it.”