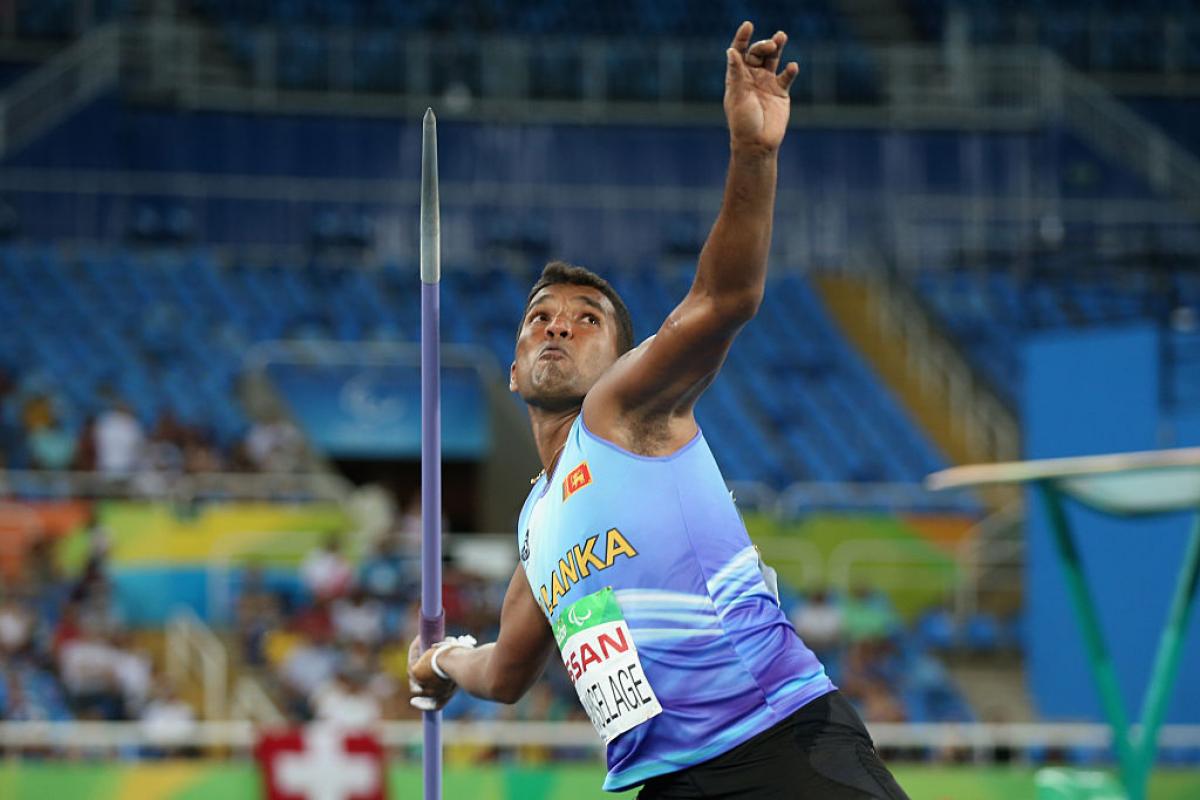 Former Sri Lankan soldier Dinesh Priyantha Herath, a two-time silver medallist in the Javelin Throw F46 category at the World Para Athletic Championships in London (2017) and Dubai (2019) is gunning for gold at the Tokyo 2020 Paralympic Games.

Since Sri Lanka made its debut at the Paralympic Games in 1996 Atlanta in the USA, the island nation has won two bronze medals. The first was by Pradeep Sanjaya in the Men's 400 meters T46 event in London 2012 and the second by Herath at the last Paralympics in Rio.

Herath is not only going for gold in Tokyo but also aiming to break the world record of 63.97 metres set by India’s Devendra Jhajharia when he renewed his own world mark during his gold medal winning throw at the Rio 2016 Games. China’s Guo Chunglian won silver throwing a distance of 59.93m while Herath had to be content with the bronze after a then personal best throw of 58.38m.

“I hope to break the world record and win the gold medal,” said Herath who turned 35 on July 15.

It is no idle boast but a realistic target from Sri Lanka’s leading Para athlete who won a gold medal at the 2018 Asian Para Games in Jakarta.

He derives confidence having recorded a personal best throw of 63.70m at the 2018 National Para Athletics Championship in Colombo.

Herath’s coach for the last four years Pradeep Nishantha also endorses his ability to go for the world record.

“He threw over 62 metres three weeks ago. He is peaking at the right time. His training was not affected by the restrictions due to coronavirus since he was training with the elite pool in Colombo’s Torrington Sports Complex,” said Nishantha, who has been Sri Lanka’s national throwing coach since 2005.

“He has the potential to break the world record and improve his throwing distance with three weeks to go for the Games. He is our best prospect for a gold medal in Tokyo,” said Nishantha, a former Sri Lanka record holder himself in the javelin and a silver medallist at the Asian Grand Prix.

HOW IT ALL STARTED

Herath’s rise to the brink of the pinnacle of Paralympic glory is a fairytale story for someone who never played sports seriously when he was at school or even after joining the Army in 2004 after completing his education.

Hailing from a hamlet in Kekirawa, 160 miles outside of the capital Colombo, the eldest son in a family of three was thrust into the role of breadwinner after the demise of his father when he was just 12.

He was part of the Sri Lanka Army’s 57th Brigade during the civil war in 2008. His left arm was injured by the gunshot wounds and spent nearly four years in rehabilitation to recuperate. Having just married just a few months before his injury, Herath contemplated his future of living with a disability for the rest of his life. However, a man who put his life on the line for the country was in no mood to give up that easy.

With the encouragement from his superiors in the Army, he took part in badminton and volleyball becoming the best player in the inter-regiment Para Athletics competition in 2012, in addition to winning gold medals in the throwing event. His life-changing moment came when he picked up the javelin throwing record distances in the F46 category at national and international level.

He won a gold medal throwing a distance of over 52 metres on his international debut in Malaysia in 2012. This event was a qualifier for the London 2012 Paralympics but he was not selected because he was not among the world rankings. He retired from the Army as a Corporal on medical grounds in 2014 but pursued his new-found passion by joining the SL Army Gajaba Sports Club.

Sixth in his event at the 2014 Asian Para Games in Incheon, South Korea and at the 2015 World Para Athletics Championship in Qatar, it nevertheless provided the spark to fuel his dream of going for the Paralympics. It became a reality when he threw a distance of 55.23m at an Olympic qualifying meet in Germany.

Sri Lanka’s record holder in the F46 javelin event came out all guns blazing in the Rio 2016 Paralympics to win a bronze medal which also earned him promotion to the rank of Sergeant.

“I have confidence in myself because of the training I received in the Army and my experiences in the war has given me strength and courage,” said the war veteran.

“Nothing is impossible if you train properly and work towards your target with determination by maintaining your fitness and avoiding unnecessary distractions,” said the father of three, who dares to create history in Tokyo. 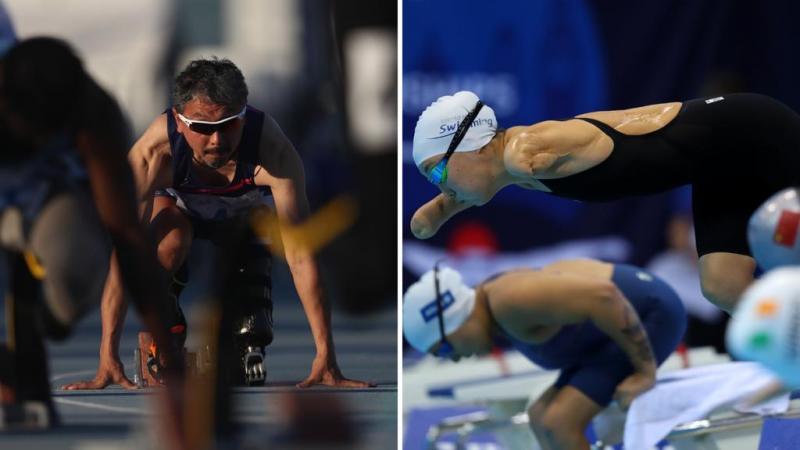