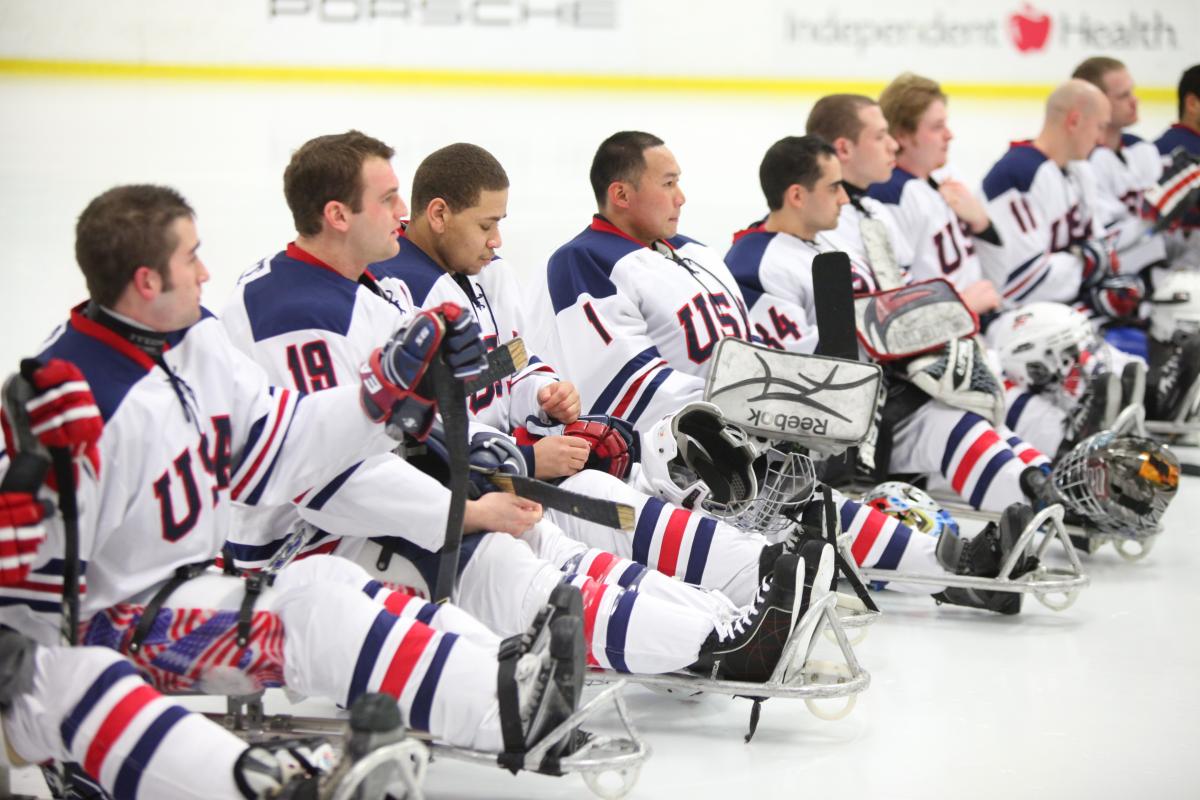 Brad Emmerson, Adam Page and Alexi Salamone all live within a short drive of one another.

The trio from Buffalo, New York has been on USA’s Ice Sledge Hockey team for more than half a decade, but it was not until head coach Jeff Sauer came along last year that all were put together on the same line.

The three star forwards will make for a dominating front line at the 2012 International Paralympic Committee (IPC) Ice Sledge Hockey World Championships, which begin on 24 March in Hamar, Norway.

“Surprisingly, with all of the years we’ve been on the team together, this is the first coach that’s ever actually tried to put together the three of us from Buffalo,” Emmerson said. “We mould just really well together as a line, and our coach saw that in practice and decided to give it a shot in some games and it really worked out.”

They each bring different skill sets to the table, all complementing one another nicely at the top of the rink.

“We just knew it was a great thing when our coach put us together.

“I’m kind of a more of a defensive-minded guy, and I just pass the puck around. Then, you’ve got Adam who’s got just a cannon of a shot. And then Alex is a quick, shifty guy, and he can finish and he’s a good playmaker, too.”

Leaders of the pack

The three forwards have already led USA to a silver at the World Sledge Hockey Challenge this season under first-year head coach, Sauer, whom they have been quite receptive to.

Sauer was the head coach of USA’s able-bodied ice hockey squad at the 1995 World Championships and led the University of Wisconsin to two national collegiate titles.

“We never really went to him and said we wanted to play together,” Page said of Sauer putting him with Emmerson and Salamone. “I think Jeff’s just a really smart coach and just had to try it.

“He puts more of the responsibility on us. He’s a little bit more laid back which is good because the leadership comes out on the team and the guys have to step up.”

When Sauer took over, Emmerson immediately noticed he appreciated those who were giving it their all – despite the outcome – and playing with their hearts.

“He’s one of the coaches that doesn’t come into the locker room and yell and get you going that way, but he has that kind of quiet respect about him,” Emmerson said. “You know he’s been around. He’s got quite a resume. He’s just got a great hockey mind.”

Meanwhile, 20-year-old Page will be competing in his third world championships. At 15, he helped USA capture bronze when it hosted the 2008 event in Boston and then pushed the team to gold in 2009 in Ostrava, Czech Republic.

He was also a crucial part of the team that won gold at the Vancouver 2010 Paralympic Winter Games.

“For me, I’ll know what to expect and all that and be able to be more of a leader on the team in that aspect,” Page said.

As two of the longest tenured players on the team, Emmerson and Salamoni are happy to see a rejuvenated squad with a lot of adrenaline from its younger players.

The average age of USA’s squad is just 23.

“This is by far the youngest team in the world right now,” Emmerson said.

“Being the second oldest guy on the team right now at 26, we really do kind of need the calming factor in the locker room, and we’re lucky to have some young veterans who have been on the team for a long time that really bring that kind of presence.”

In Hamar, USA will play in Group A with Japan, Czech Republic and Estonia.

“Japan’s always tough,” Page said. “They have a lot of fast, small guys, and they use their speed to their advantage and move the puck really well.

“And the Czech Republic, they’re coming on really strong. I’ve had the chance to play them once before, and I was really surprised the way they played.”

Most of USA’s squad will have the chance to play the Estonians for the first time ever when the two teams meet in the opening contest of the event on 25 March, and it will not have to worry about arch-rival Canada until it reaches the playoff round.

USA recently dropped two of three games to Canada in an exhibition series in Buffalo.

“That from my point of view actually helps us because it’s a good motivating factor going into Worlds,” Emmerson said.

“We’re not going in there too over confident, and it gives us something to really help motivate us and push us when we’re training in the gym and on the ice.”

Following the series, the players trekked to North Carolina for a training camp to fine-tune their skills and work on improving their weaknesses from the games with Canada.

Despite being in different groups for the round robin, most of USA’s players are secretly hoping for an all-North American final so they can exact revenge.

“The Canadians, they are a little chippier,” Emmerson said. “They like to throw some cheap shots behind the plate and stuff like that. We really started to try to get into that kind of mind frame and play that style of hockey with them.

“Whenever we match up with Canada, it’s usually in the semi-finals or the championship,” he added. “It’s one of those games that it’s not too hard to get up for. You wake up in the morning when you’re playing Canada, and it just puts a smile on your face.” 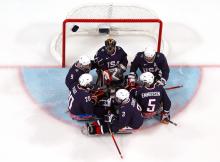 Alexi Salamone has anchored the USA's front line in the past decade.