Westlake strives to be even greater 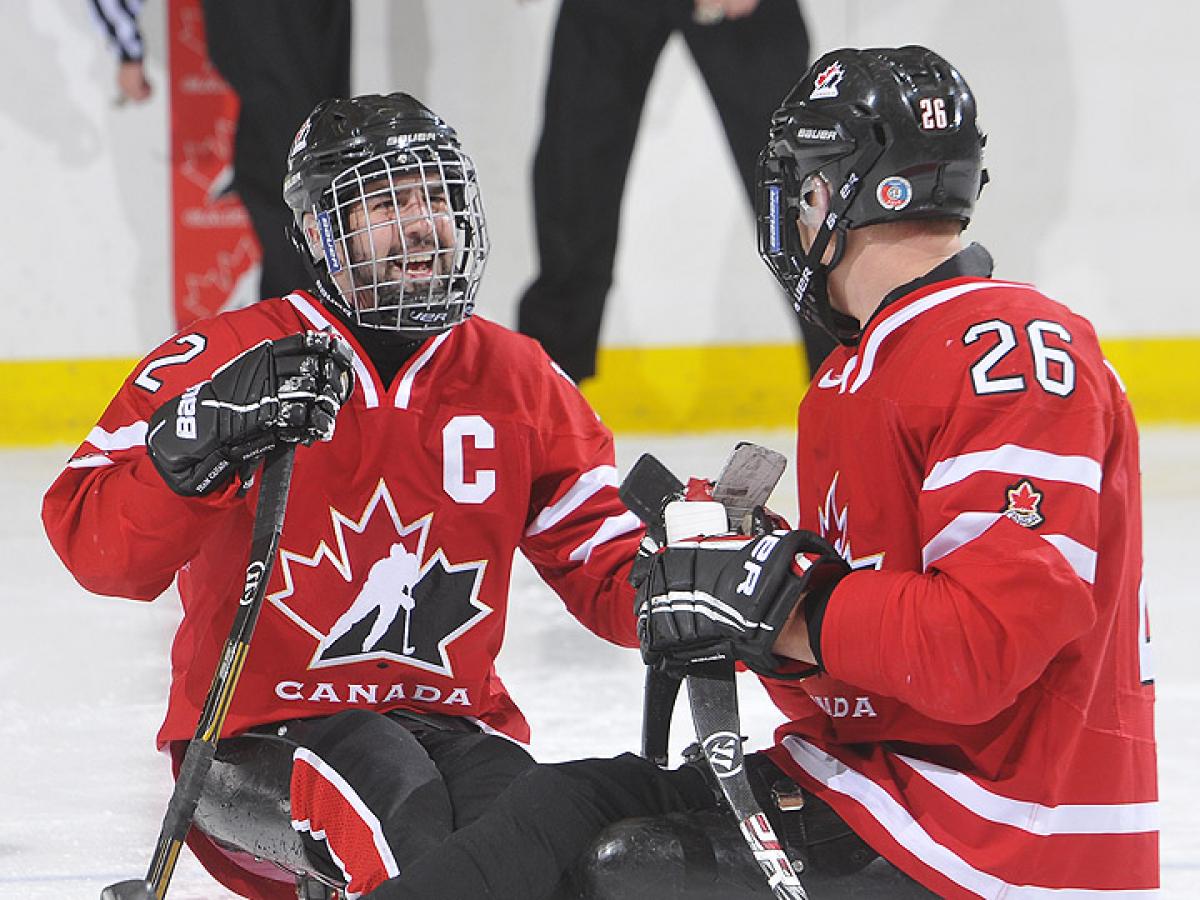 “I don’t believe there’s another sport that matches the physicality and the skill level. I think you can take a lot of players in sledge hockey and put them in different Paralympic sports and they can medal in them. And that’s not just from our team, that’s from a lot of the teams. I’m really proud of the sport I play.”

When Canadian ice sledge hockey captain Greg Westlake leads his team into their three-game exhibition series against Norway on Thursday (17 January) in La Baie, Quebec, look for him to model his game after Mike Richards of the NHL’s Los Angeles Kings.

Richards is the Kings’ go-to player and team leader who seems to be everywhere at once – a menace in the face-off circle, tenacious on defense and always waiting for the crisp passes up top on the offensive end of the ice.

That’s who Westlake wants to be.

“I’ve always grown up respecting guys that are really physical, hit a lot, get in other people’s faces but can really play the game as well,” Westlake said. “I want to be good at everything.

“I like guys that can play on the power play but also be on the penalty kill. Guys who are leaders on the ice and off the ice. I like a guy that can come down and score a really nice goal but then get in a fight in the next second.”

Nobody in ice sledge hockey showcases the aggressive nature of the sport better than 26-year-old Westlake, a two-time Paralympian.

Westlake is already known around the Canadian ice rinks for his work ethic and leadership, the Oakville, Ontario native now just needs to improve his technical skills on the ice a bit more to become one of the best players the world has seen.

He said he needs to get faster, improve his acceleration and be capable of shooting with both hands perfectly so that it doesn’t matter if the defenseman is on his left or right when he closes in on the net.

With ice sledge hockey having joined the Paralympic Games programme just 19 years ago, there are no historical veterans for Westlake to model his game after, hence why he has taken after Richards in the sport’s able-bodied counterpart.

“There’s not a lot of perfect sledge hockey players out there,” Westlake said. “It’s still a relatively new sport. There’s not a lot of players when you watch closely that come down the ice and use both hands the exact same … There’s players that have all the physical tools but maybe don’t know a ton about hockey.”

The sport has become a whole new animal since Westlake joined Canada’s national team in 2003. Games are played at a much quicker pace, motivating the players to push themselves more to get in better physical shape.

“When I started the sport, I thought it was more of a participation thing,” Westlake said. “It just wasn’t at the level it is at now. It’s just fun for me to see the progression of the sport from the time I entered it to now. I know I take my diet, my training and everything so much more seriously.”

On that note, Westlake continued.

“I really do believe – and I don’t mean it to sound cocky – that sledge hockey is the premiere Paralympic sport,” he said.

“I don’t believe there’s another sport that matches the physicality and the skill level. I think you can take a lot of players in sledge hockey and put them in different Paralympic sports and they can medal in them. And that’s not just from our team, that’s from a lot of the teams. I’m really proud of the sport I play.”

Starting over as underdogs

Westlake will receive plenty of help this week against Norway and on his road to the Sochi 2014 Paralympic Winter Games, as he is surrounded by a top cast of players that includes former wheelchair basketball star Brad Bowden.

Compared to other programmes, the Canadian players are much more spread out geographically so they only come together once or twice a month, whereas the Koreans and Russians spend several hundred days together on the ice each year.

The Canadians, known for their tough, physical brand of hockey, have never played Russia before and will face them for the first time at the 2013 IPC Ice Sledge Hockey A Pool World Championships from 12-20 April in Goyang, Korea.

“Any team that I know gets to practice a lot together is a dangerous team because you just don’t know how much they’ve improved since the last time you played them,” Westlake said.

“I can’t wait to play Russia. I love when any country gets better, like a Korea or an Italy, but there’s something about when a real hockey country begins to develop. There’s an automatic rivalry there. I know for me, Canada-Russia have had so many hockey battles in the past that it’s so exciting for me.”

In their last two IPC tournaments, Canada finished in a disappointing fourth place at the Vancouver 2010 Games and third at the 2012 A Pool World Championships.

Nearly 75 per cent of the team is new since the Vancouver 2010 Games, including this year’s rookie, Tyler McGregor.

Westlake is glad none of the newcomers have the bitter taste of fourth place in their mouths from the last Paralympics.

“Right now, I think we just need to play as the underdogs,” Westlake said. “For a long time, we just heard the noise when everybody said Canada was the team to beat.

“I just think we’re kind of at this place right now where any team can win any tournament, and why not us? We’re just going to work hard, have no regrets and hopefully have a better result at worlds.”

Though, he really would love to get that monkey from Vancouver off his back.

“I think about it, but there’s nothing I can do about it,” Westlake said. “I can’t go back and change it.

“But going to Russia and winning a gold medal there would definitely give me some sense of forgiving from Vancouver and would put that behind me.

“I’d be lying if I didn’t say that was a motivating factor.” 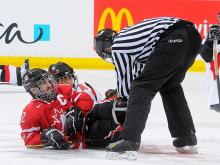 Greg Westlake has been a forward on Canada's national team since 2003.