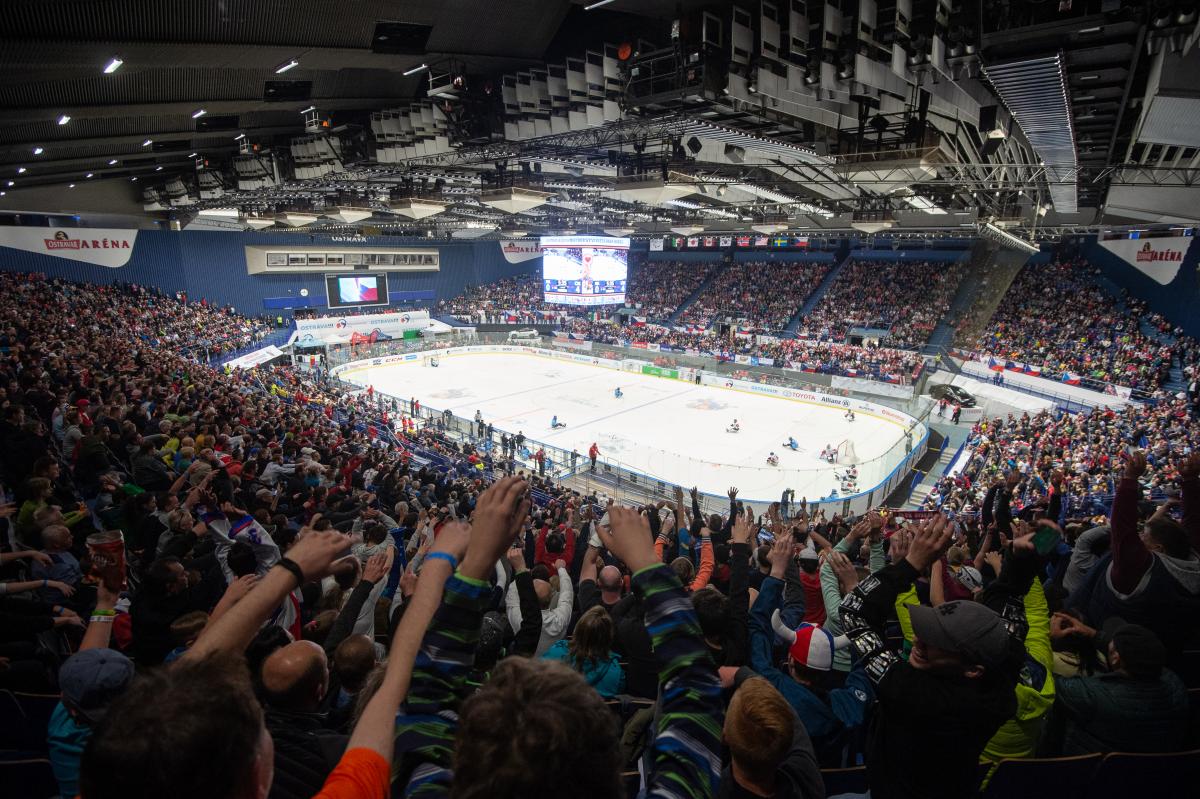 Nearly 65,000 spectators showing up at Ostravar Arena throughout the 2019 Worlds
ⒸOstrava 2019 LOC
By Stuart Lieberman | For World Para Ice Hockey

The last year in para ice hockey was full of fantastic crowds, overtime thrillers and great goals. Here’s a quick look back at the top five moments from the sport in 2019.

1.    The Czech Republic put on the greatest world championships to date with a record 65,000 spectators showing up at Ostravar Arena last spring, proving that the appetite for the sport is higher than ever. In addition, viewers around the world tuned into TV coverage of the event, including highlight reels on NBC during NHL playoff intermissions, and NHL legend Dominik Hasek served as an ambassador of the tournament on-site in Ostrava.

2.    The USA won their record-tying fourth world title in May against Canada after Brody Roybal scored the game-winning goal in an overtime thriller to give his team the 3-2 victory. The world title came just a year after the USA won a record-extending third consecutive and fourth overall Paralympic title, and they have now won four of the last six World Championships. The Americans went on to seal their sixth consecutive Canadian Tire Para Hockey Cup in December.

3.    Russia went undefeated to take gold at the B-Pool World Championships in Berlin, Germany in November, to return to the A-Pool for the first time since 2015. Russia, powered by Dmitry Lisov, conceded just one goal throughout the entire tournament.

4.    Slovakia advanced to the A-Pool for the first time in history after taking silver at the B-Pool World Championships. The Slovakians went 4-1 in the round-robin event, with a nail-biting 2-1 victory over China and an overtime win against hosts Germany. Eduard Lepacek was named the Best Goaltender of the tournament.

5.    China, the host nation of the next Paralympic Winter Games, won the bronze medal at the B-Pool World Championships just one year after fielding its first national team. After storming to a C-Pool title in November 2018, China battled with the best in the B-Pool, barley losing to first and second-place finishers Russia and Slovakia, and now look poised to improve even further ahead of the 2022 Games. 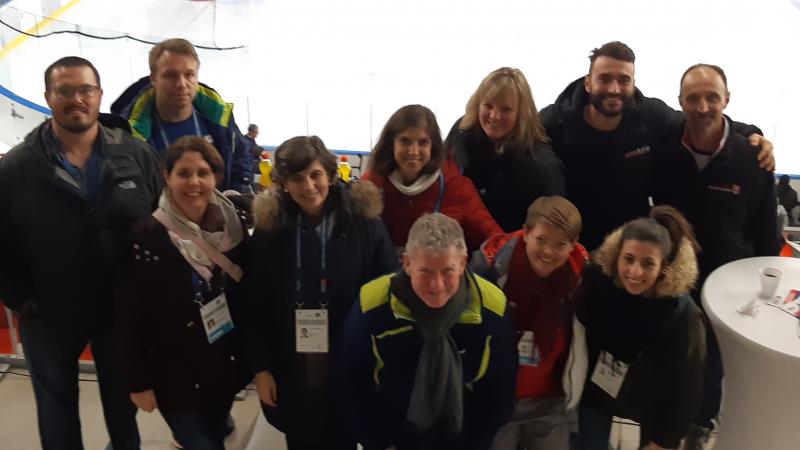