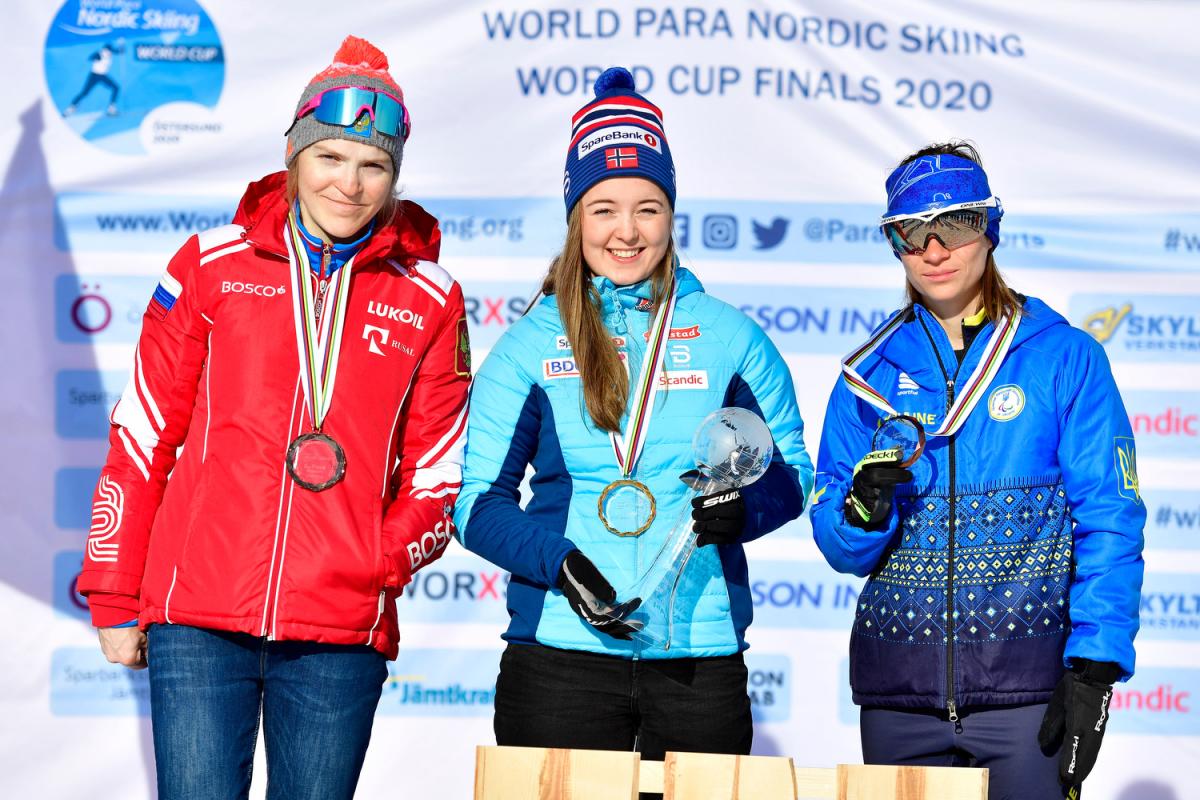 The season might have ended abruptly due the COVID-19 pandemic. For Norway’s Vilde Nilsen, it just means next season is even closer. And she cannot wait.

That is because her home country will host the 2021 World Para Snow Sports Championships, which combines alpine skiing, Nordic skiing and snowboard events for the first time in history.

“Well, all the races I was planning in Norway this year and the rest of this season are cancelled,” said Nilsen after receiving the news that the Nordic skiing World Cup Finals scheduled for 17 March were called off due to the Covid-19 pandemic.

“I guess it will just be a very long offseason and I’m looking forward to training for the next season.”

At 19 years old, Nilsen is expected to be the centre of attention at Lillehammer 2021. The cross-country sensation just collected her second consecutive overall World Cup title in women’s standing.

Nilsen was already in Ostesund, Sweden for the season-ending competition when the news broke, but it did not matter if she raced or not.

She already had double the lead in the World Cup rankings, winning seven of her eight races in the 2019-2020 circuit. Her only dent was second place to Russia’s Ekaterina Rumyantseva in the sprint at Altenberg & Dresden, Germany.

But apart from that, it has been a dominant year for the four-time cross-country world champion.

“I felt I did everything right this season,” Nilsen said. “I’ve been training really well and I have been in really good shape all this season.”

It seems she needed a challenge, and competing at the 2020 Para Biathlon World Championships might have been one.

The Worlds were planned for 12 March in Ostersund, right before the World Cup Finals. But they also got cancelled due to the coronavirus outbreak.

Nilsen had already been training at the biathlon venue in Ostersund. She did not race in any biathlon events during the season prior, so she managed her expectations for the biathlon Worlds.

“I have been doing biathlon for a very long and I just had a break this year,” she said. “But I wanted to compete in the World Championships, so I didn’t have any extreme goals but I had the hope for a medal. But yeah, to consider all this coronavirus, I understand that they cancelled it.”

🇳🇴Vilde Nilsen won the overall cross-country crystal globe 🏆 🌎 But she also explained what her hopes for the #Parabiathlon Worlds would have been 😏 #ostersund2020 pic.twitter.com/4TDywC4UnS

Last year, Nilsen only competed in the sprint event at the Worlds in Prince George, Canada, taking home the bronze medal. Cross-country has been her priority. However, she is not ruling out the possibility of taking biathlon more seriously.

“I tried to focus on biathlon for a while, but it was very hard to focus on cross-country too because I had to do some classic skiing,” she said.

“It takes a lot of time to train with the weapon and it took up a lot of energy. So this year I decided to just focus on cross-country. But I couldn’t resist to compete in the World Championship. But we will see next year if I will compete [biathlon] in Lillehammer.”