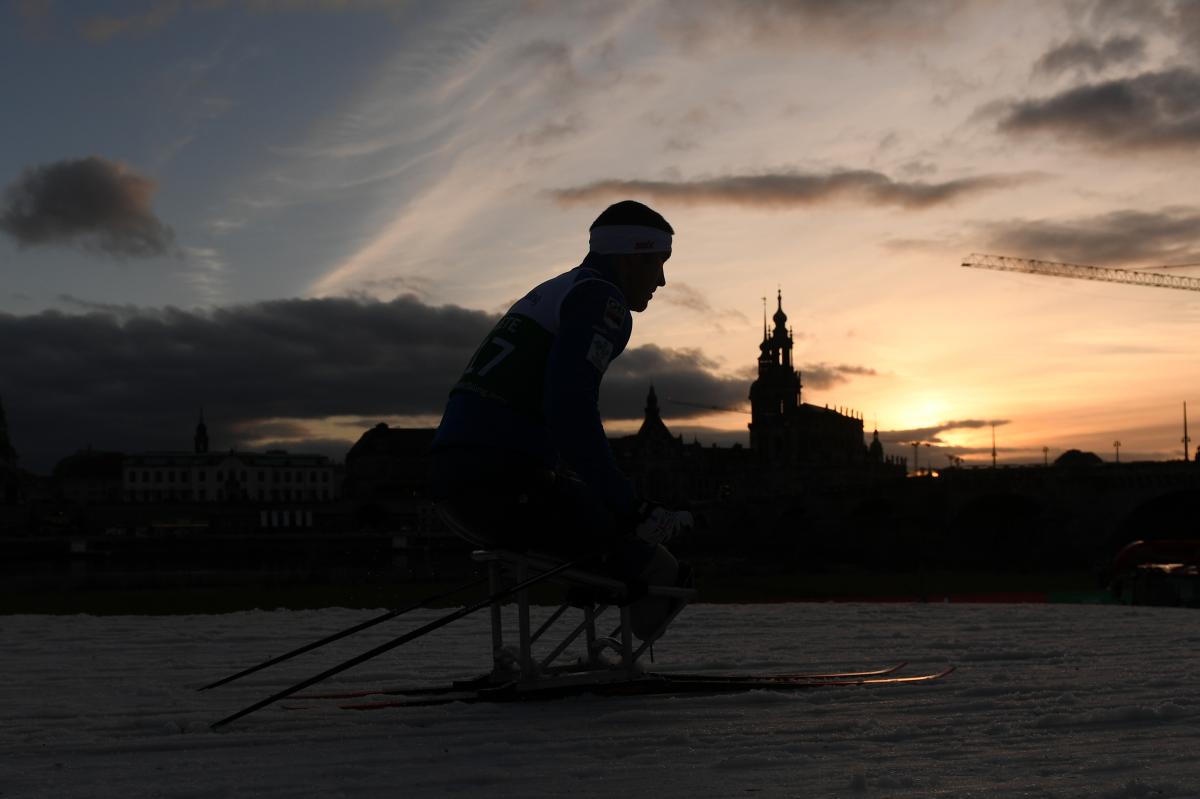 The 2019-20 World Para Nordic Skiing World Cup was a whirlwind of colour, set to the most beautiful backdrops - from the sunsets of a historical city centre to the glitz of the red carpet - with wild cats and bears out in full force and, above all, epic races between the world’s best.

Here we look back at the seven moments that stood out the most.

History was made in Dresden, Germany in January as FIS and World Para Nordic Skiing shared a World Cup venue for the first time in Para sport.

The atmosphere in the city centre was electric as hundreds of spectators flocked to the FIS race, which was followed straight after by the Para cross-country sprint. None were more excited than the athletes themselves.

“I’m so happy,” said USA sit skier Oksana Masters after winning gold in the sprint. “I hope this is the start of something incredible in the future to come and the next generation of Nordic skiers to come. This is such a cool environment.”

It was a golden year for Masters in more than one way. In addition to picking up seven gold medals throughout the season, the 30-year-old dynamo won the prestigious 2020 Laureus World Sports Awards.

The Sportsperson of the Year with a Disability award paid tribute to Masters’ sporting accomplishments in 2019, which included five gold medals and a silver at the World Para Nordic Skiing Championships, the overall World Cup title in cross-country, and silver medals at the Para Cycling Road World Championships.

True to her champion character, Masters used her moment in the spotlight to send out an inspiring message.

“To any girl or boy, no matter what age, if you guys look different or think you look different, never let society determine what you see when you look in the mirror or the preconceived notions of what they think it is possible. Go for it!” Masters said from the stage of the star-studded ceremony.

Russia’s Para Nordic skiers returned to the circuit this season in dazzling style. Sweeping gold medals - and often full podiums - across the classes, the team finished the season with six Crystal Globes and representation on 11 out of 12 overall podiums.

The country’s skiers made up the top four in the cross-country rankings of the men’s standing class with Vladislav Lekomtsev leading the charge, followed by Vitalii Malyshev, Rushan Minnegulov and Aleksandr Pronkov. Lekomtsev also won the biathlon Globe.

Ivan Golubkov claimed the Crystal Globes in cross-country and biathlon in the men’s sitting.

In the women’s vision impaired, Vera Khlyzova won the cross-country Globe, 40 points ahead of her teammate Anna Panferova. The two women also went one and two in the biathlon rankings with Khlyzova taking a 100-point lead.

While winning was nothing new for the dominant Russian team, it was a celebration of a career for Brazil’s sit skier Cristian Ribera when he came second overall in the cross-country rankings - the best ever result for a Para Nordic skier from South America.

Ribera was 13th last season, and his best result to date was seventh overall in 2017-18.

“I was very surprised by my results and, of course, very happy to finish second this season. I don't even have words to express this feeling,” said Ribera.

“Training in Brazil is not easy. We struggle a lot so that when we get on snow, we are well prepared, and I confess that I didn't think I would get such good results.”

It was also a special celebration for Anja Wicker and Martin Fleig when the German sit skiers won their respective biathlon sprints on home soil at the World Cup in Altenberg.

The fans in Germany were not only cheering for their own athletes. As February’s World Cup in Finsterau showed, their affections went much further.

Around 400 fans showed up at the Opening Ceremony of the World Cup, which is almost the entire population of the village. The races also got up to 200 spectators every day with things getting a bit wild as the lynx mascots - a common species in the Bavarian forests - also came out to the party.

Finsterau 🇩🇪 is really excited to host the third World Cup of the season! Competition hasn't even started yet, and the hosts already drew a lot of smiles from the athletes with their amazing opening ceremony.

Sweden’s Zebastian Modin already has plenty of Crystal Globes on his shelves, but this season the victory - his fourth consecutive title in cross-country - stood out more than the others.

Modin was trailing 64 points behind Canada’s Brian McKeever, the most decorated Para cross-country skier of all time, but was able to overturn the rankings in his favour with two victories in Finsterau. The Swede ultimately claimed the overall title in men’s vision impaired with an 11-point lead.

“It’s different because the Russians have not been racing all the races last seasons and McKeever has also been doing everything,” Modin said about how his newest Globe compares to the last. “It’s even more worth when the strongest competitors have been racing as many races as you.” 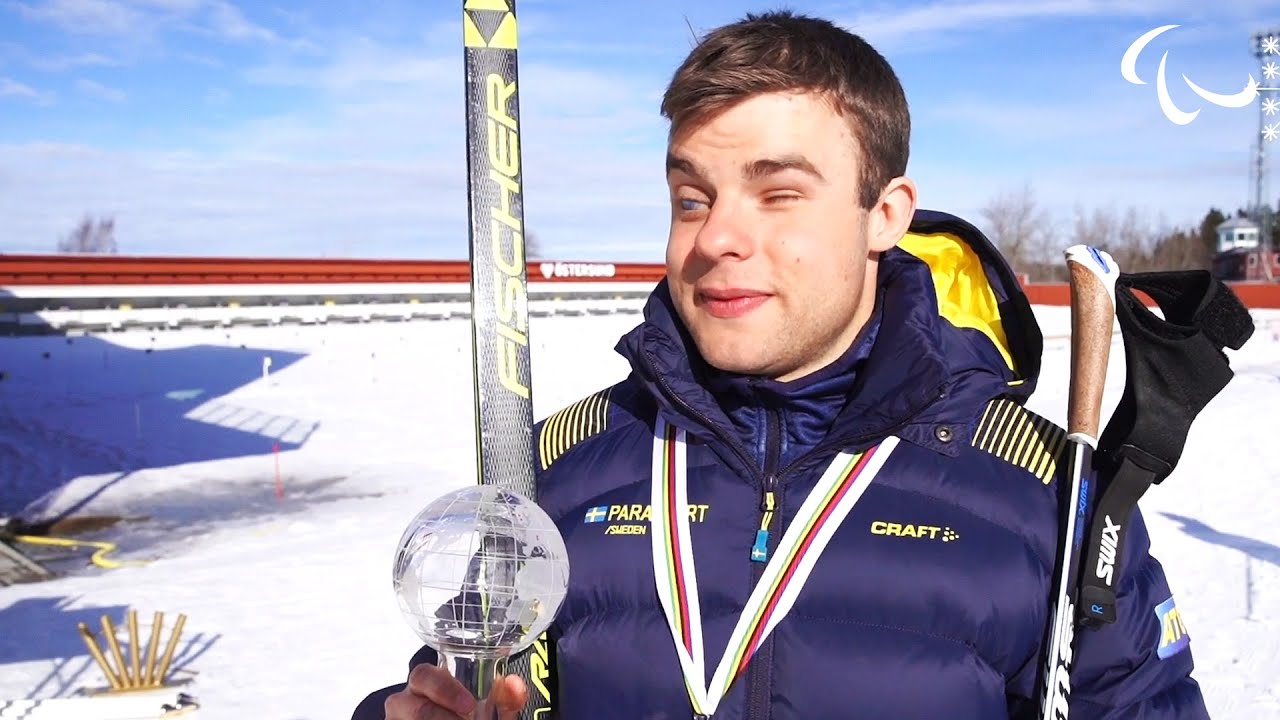 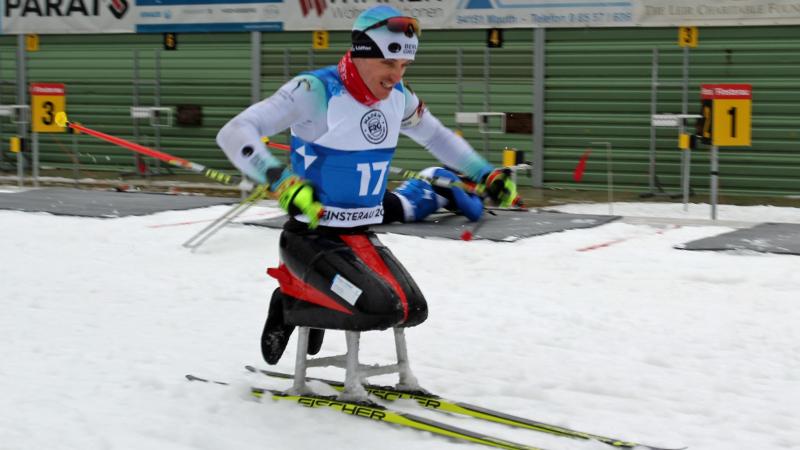