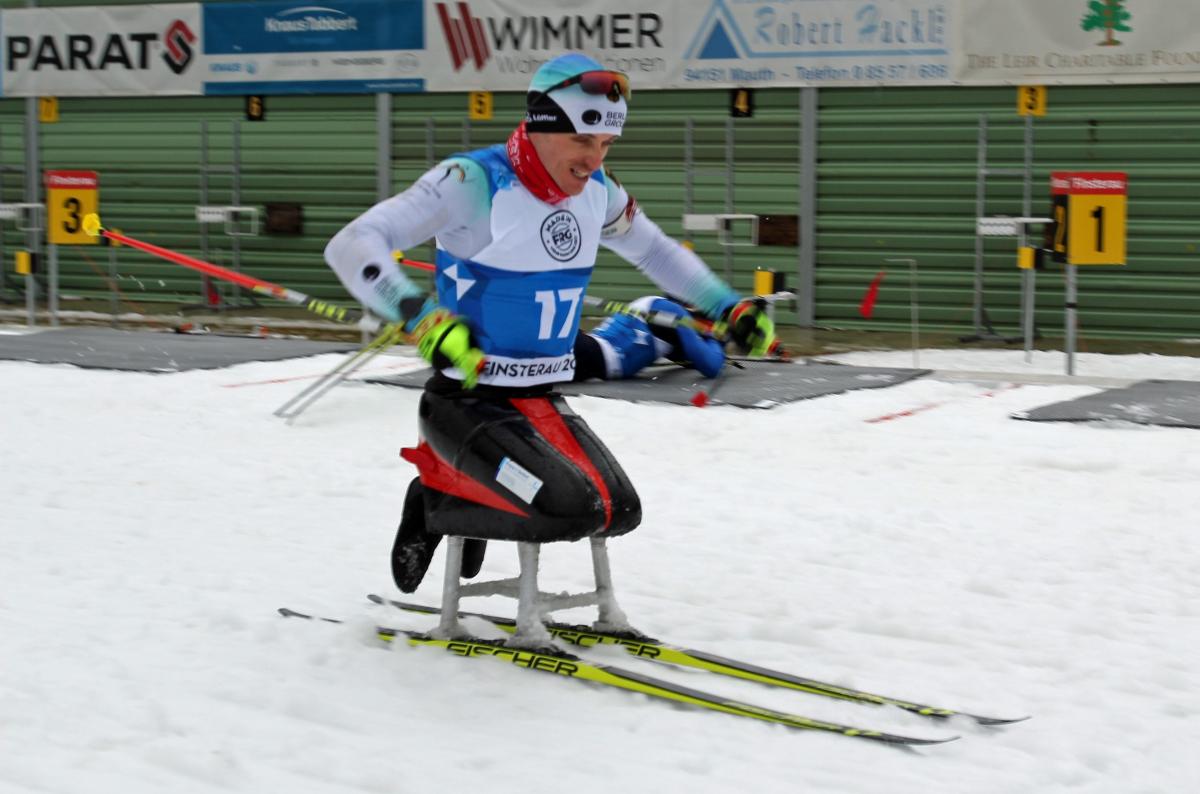 Three years ago, the sit-skier captured his first two World Championship titles on this very same course, and he wanted to give two specific people extra reason to cheer him on during Saturday’s sprint and Sunday’s individual races.

“It is a very special feeling for me to race in Finsterau,“ Fleig said. “I want to do the best for the crowd, but also for my girlfriend and my mom who are here. I want to give my best and show that I can do it.”

The slushy conditions did not go in his favour. Fleig finished with a silver medal in the individual race behind Russia’s Ivan Golubkov. But it made up for a disappointing 11th place a day before in the sprint.

“I had a feeling that I am in a good shape before the race,” Fleig admitted. “I knew that I had to concentrate on the shooting range, to try to get all the clean shots which I almost did. I missed the last one and I felt angry in the heat of the moment, but I feel that my shape is getting better and better.“

On the second day of competition, weather conditions got tougher for athletes on a track full of water in some parts. But some managed to get their desired results.

“Conditions on both days were kind of tricky, especially with the snow being warm. I think that we were just lucky that the organisers had the snow to cover the surface.”

After the second place in the sprint, Gretsch changed places on the podium with her teammate Oksana Masters on Sunday. They were the dominant force in the sitting events, but they will not go against each other in Ostersund, Sweden, at the Para Biathlon World Championships; and Para Nordic Skiing World Cup finals both in March.

While Masters will head to the Swedish snow, Gretsch will try to qualify for the Tokyo 2020 Paralympics in triathlon. But at least until the World Cup finals, Gretsch will still be topping the sprint and individual overall standings following the results in Finsterau. She only took on biathlon in 2016 and still feels it is a work in progress.

“I think you always have to improve yourself because all the other competitors are training as much as I am,“ Gretsch said. “When I evolve, every other athlete wants to evolve and rise to the same level. I try to find ways of improving myself and feeling more comfortable in tough conditions.“

Russia’s Anna Panferova was the standout performer in after two days of competition in Finsterau, winning both the vision impaired (VI) sprint and individual races.

In fact, the Russians were in festive mode four more times. Stanislav Chokhlaev took first place in the VI sprint race, while Ivan Golubkov and Vladislav Lekomtsev triumphed in individual sitting and standing, respectively. Aleksandr Davidovich finished ahead of Golubkov on Saturday in the sprint sitting race.

France’s three-time Paralympic champion Benjamin Daviet got a first taste of victory in the 2019-2020 season in the sprint standing, bettering his biggest rival Lekomtsev.

Ukraine dominated the ranks in the women’s standing events. Oleksandra Kononova won the sprint ahead of her compatriot Iryna Bui and then changed places with her in the individual event.

The World Cup wraps up biathlon with middle distance races on Tuesday (4 February), followed by three days of cross-country races from 5-8 February). Full results are available on the World Para Nordic Skiing website.