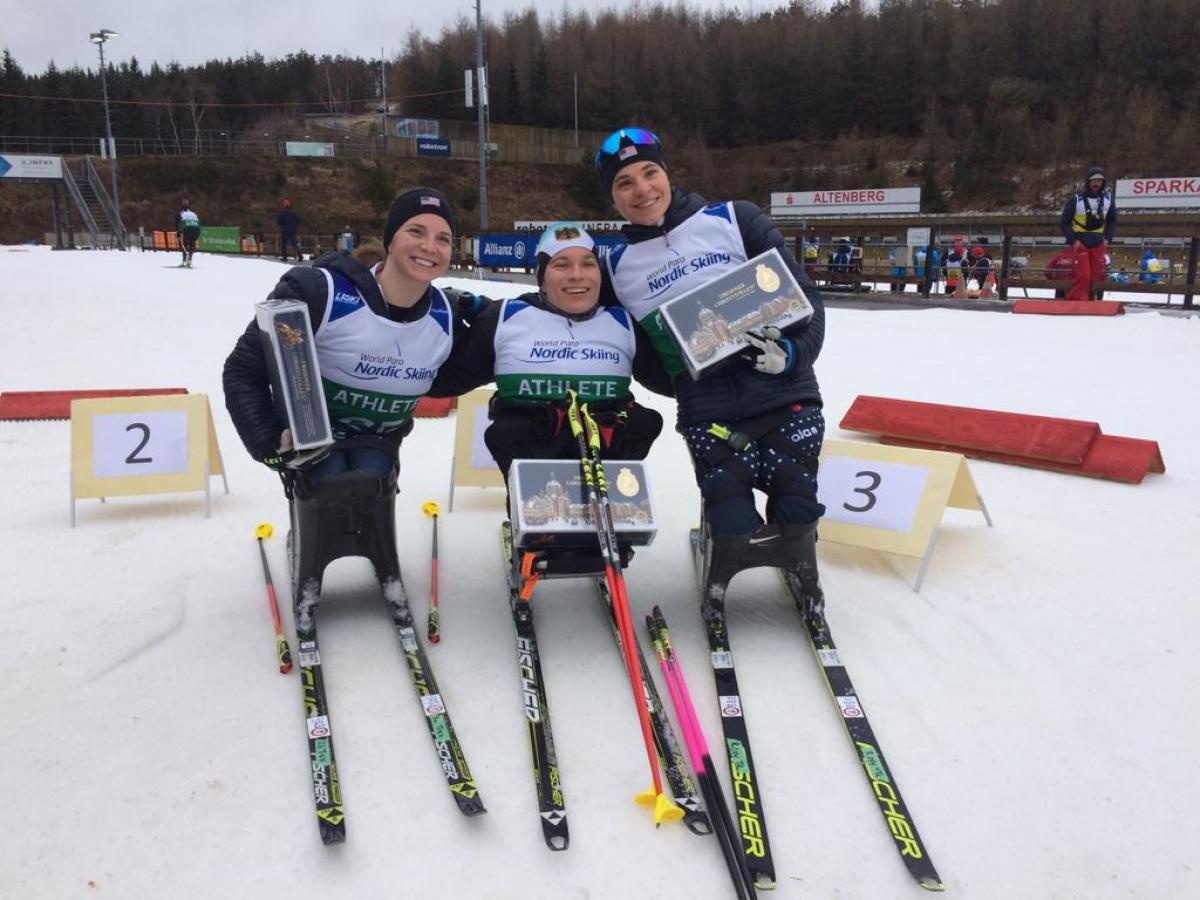 German sit skiers brought joy to the Altenberg slopes by defeating the top medal favourites in biathlon as the German ski resort hosted the World Cup sprint races and test relay in the discipline from 17-19 January.

Anja Wicker and Martin Fleig shot cleanly on the second day of competition to earn gold medals in the biathlon sprint.

Wicker defeated last season’s overall Crystal Globe winner in biathlon, Kendall Gretsch, and fellow USA sit skier Oksana Masters, who struggled with her shooting and paid for it with a hefty time penalty.

The Russian athlete swept gold in the earlier cross-country events in World Cup co-hosts Dresden and Altenberg, but his shaky shooting brought an end to the winning spell.

Poland’s Iweta Faron emerged as the surprising star of the competition in Germany. The 20-year-old took bronze in the first women’s standing sprint and moved up to the silver-medal position on the second day.

To amplify this achievement, Faron managed to surpass Russia’s Ekaterina Rumyantseva, who dominated the biathlon events at the 2018 Paralympic Winter Games.

Ukraine’s Iryna Bui took gold in the second women’s standing sprint after a fourth-place finish the day before.

The World Cup in Dresden and Altenberg has been especially successful for Vladislav Lekomtsev. The Russian skier won gold in the two cross-country and two biathlon races in the men’s standing class to plant himself firmly at the top of the rankings.

While youth ruled the podium in the standing races, experience and age proved to be the deciding factor in the men’s vision impaired events.

Russia’s Nikolai Polukhin, 37-year-old, took silver in both sprints. Joining him on the podium of the first sprint along with Belarus’ Yury Holub, was another Belarusian skier, Vasili Shaptsiaboi, who turned 40 in November.

Aside from the individual races, Altenberg also hosted a test event of the proposed biathlon team relay. The competition was split by classes with the sit skiers competing independently while the standing and vision impaired classes were brought together for a joint race.

The format of the team relay will continue to be tested at future events with the aim to eventually introduce it into the official programme.

Full results from the biathlon races in Altenberg are available on the World Para Nordic Skiing’s website.